The war veteran died at the age of 100 yesterday after contracting coronavirus. And as tributes continue to pour in, the Prime Minister has urged people to clap for the national treasure at 6pm tonight. The Daily Express called on the nation to clap on their doorsteps following his tragic death yesterday.

Mr Johnson told the Commons today: “Captain Sir Tom Moore dedicated his life to serving his country and others.

“His was a long life, lived well whether during his time defending our nation, his time as an army officer, or last year bringing the country together through his incredible fundraising drive for the NHS, which gave millions the chance to thank the extraordinary men and women who have protected us during this pandemic

“As Captain Tom repeatedly reminded us: Tomorrow will be a good day. He inspired the very best in us all and his legacy will continue to do so for generations to come.

“We now all have the opportunity to show our appreciation for him and all that he stood for and believed in. 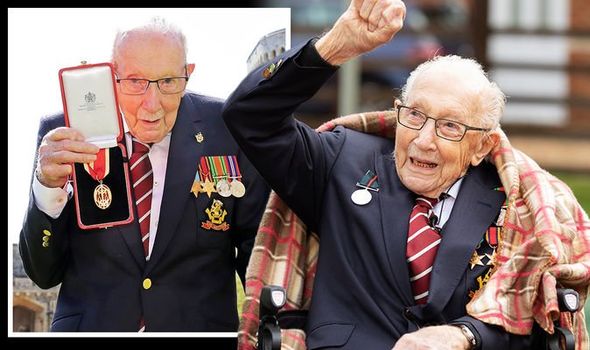 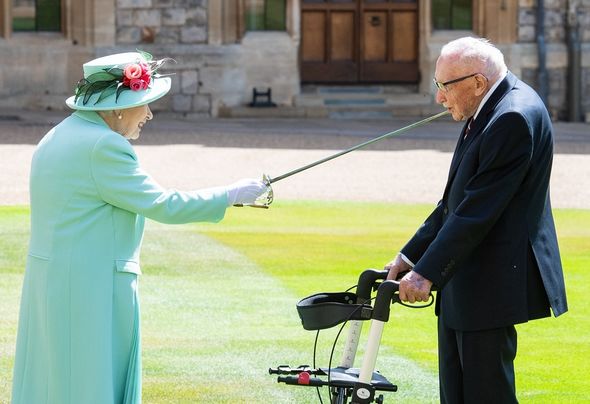 “That’s why I encourage everyone to join in a national clap for Captain Tom and all those health workers for whom he raised money at 6pm this evening.”

Captain Sir Tom was treated for pneumonia for the past few weeks and tested positive for coronavirus last week.

Due to the medication he was taking for pneumonia, he had not received a vaccine for the coronavirus pandemic.

His daughters, Hannah Ingram-Moore and Lucy Teixeira said in a touching statement: “We are so grateful that we were with him during the last hours of his life; Hannah, Benjie and Georgia by his bedside and Lucy on FaceTime. 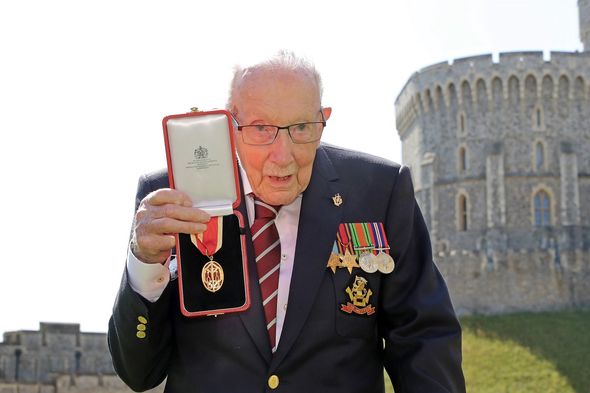 “We spent hours chatting to him, reminiscing about our childhood and our wonderful mother. We shared laughter and tears together.

“The last year of our father’s life was nothing short of remarkable. He was rejuvenated and experienced things he’d only ever dreamed of.

“Whilst he’d been in so many hearts for just a short time, he was an incredible father and grandfather, and he will stay alive in our hearts forever.

“The care our father received from the NHS and carers over the last few weeks and years of his life has been extraordinary. 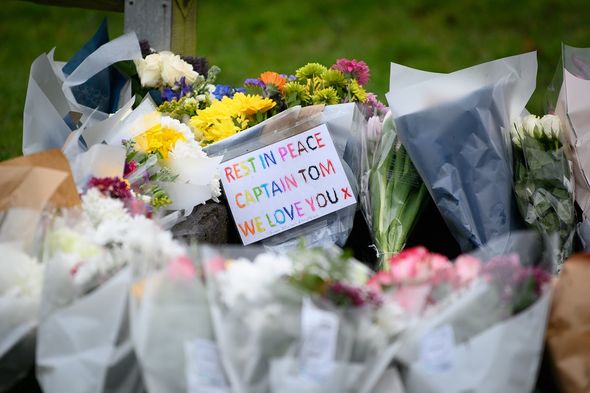 “They have been unfalteringly professional, kind and compassionate and have given us many more years with him than we ever would have imagined.

“Over the past few days our father spoke a great deal about the last 12 months and how proud he felt at being able to leave behind the growing legacy of his Foundation.

“We politely ask for privacy at this time so we can grieve quietly as a family and remember the wonderful 100 years our father had. Thank you.”

Captain Sir Tom became a national hero after walking laps of his garden at the age of 99 in aid of NHS Charities Together in April last year. 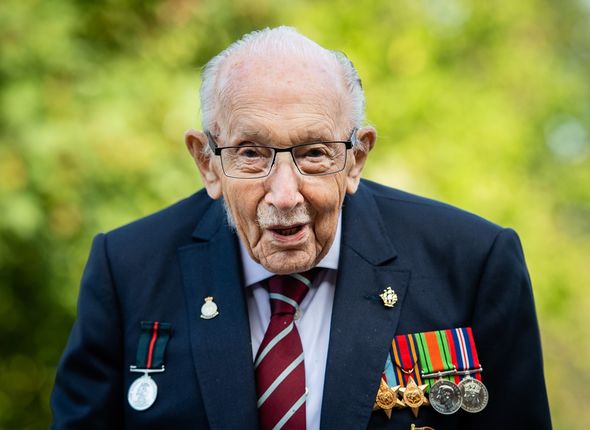 The national hero was also named the honorary captain of the Lionhearts, an initiative honouring inspirational people who have gone above and beyond during the fight against the COVID-19 pandemic.

During his fundraising, Captain Sir Tom made countless media appearances and quickly became a household name in the UK.

He attracted more than 1.5 million individual donations during his charitable cause.

The 100-year-old also covered a version of You’ll Never Walk Alone alongside Michael Ball and all the proceeds went to the same charity. 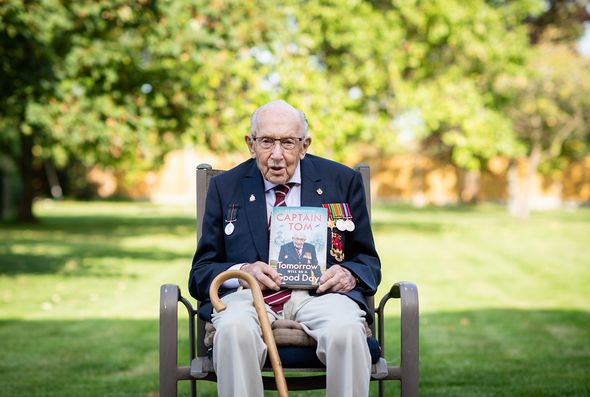 The single topped the UK music chart and he became the oldest person to achieve a UK number one.

His overall total soared more than £32.9million and his hundredth birthday was marked with flypasts by the Royal Air Force and the British Army.

The Clap for Carers began during the first lockdown as Britons took to the streets to thank those working on the frontline.

When England was plunged into its third national lockdown last month, the event was renamed to Clap for Heroes.