The video is believed to have been taken during Friday’s school strike, and shows young protestors shouting “F*** the police” at officers. Leave.EU claims the abuse took place only an hour before London police officers rushed to save lives at the London Bridge attack.

The pro-Brexit group shared the video on their Facebook page, saying: “Left-wing school kids “striking against climate change” (we used to call it bunking off!) hurl abuse at London police officers.

They added: “These kids should be ashamed!”

Social media users furiously lashed out at the protestors, accusing them of being disrespectful to the police. 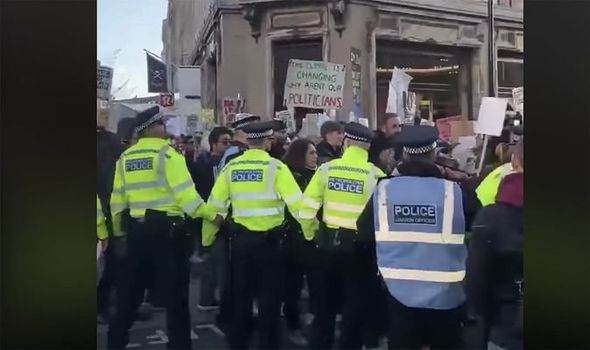 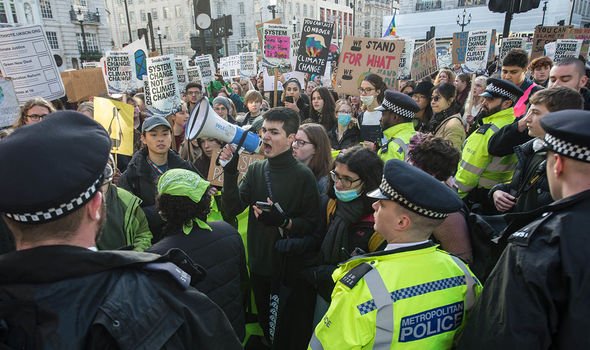 One user wrote: “If one of my sons had behaved like that, firstly I’d have taken them to the local nick and insist that they apologised to EVERY officer on duty that day.

“Then, the next stop would have been their school to see if they sanctioned this absence and if so … Why?”

Another said: “Sadly these are the future of our country, in my day you respected the police”

One Facebook user lamented: “The shape of things to come from the youth of today” 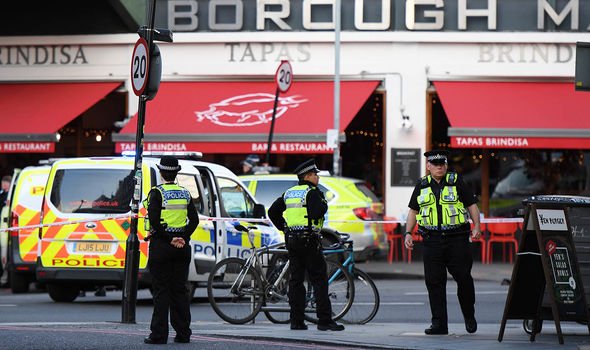 Another said: “Indeed they should be ashamed. Why can’t they ‘demonstrate’ in school holidays – they have enough of them.

“I hope the parents are fined for them missing school.”

The London youth rally was part of the latest global youth strike Fridays for Future to highlight the escalating climate crisis.

Children and young people in more than 100 towns and cities across the country walked out of classrooms to join the protest, with demonstrators pledging to make the December election a “climate election”. 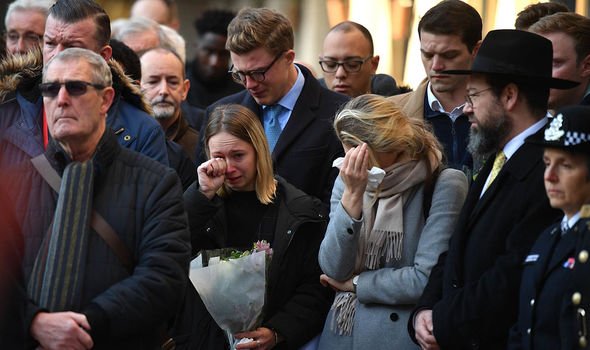 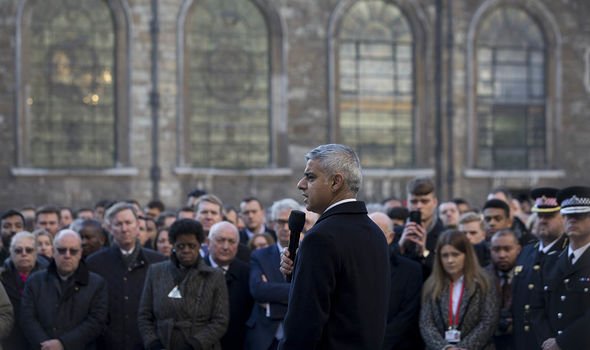 A vigil was held on Monday to pay tribute to the victims of the London Bridge terror attack and to honour the emergency services and members of the public who responded to the incident on Friday.

Former University of Cambridge students Saskia Jones, 23, and Jack Merritt, 25, were fatally stabbed by 28-year-old convicted terrorist Usman Khan during a prisoner rehabilitation event they were both supporting.

London Mayor Sadiq Khan praised the police as well as the members of the public who bravely confronted the London Bridge attacker.

Mr Khan thanked the emergency services for putting their lives on the line for the city. 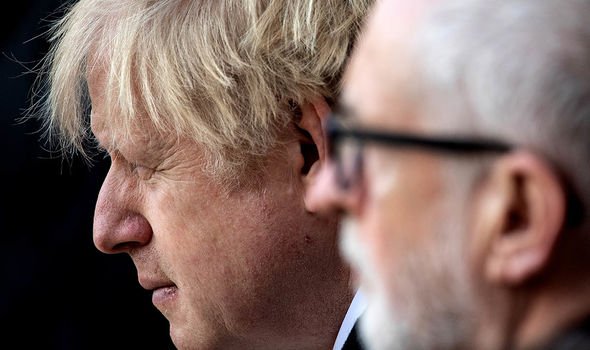 He tweeted: “At today’s vigil we honoured the victims of Friday’s attack and commended the incredible bravery of members of the public and emergency services who risked their lives to help others.

“They are the best of us, and an inspiring example of how London stands united against terror.”

Boris Johnson has vowed to take steps to ensure people are not released early when they commit serious offences.

But the family of Mr Merritt, from Cottenham, Cambridgeshire, asked for his death to not to be used to justify introducing “even more draconian sentences” on offenders in a heartfelt tribute. 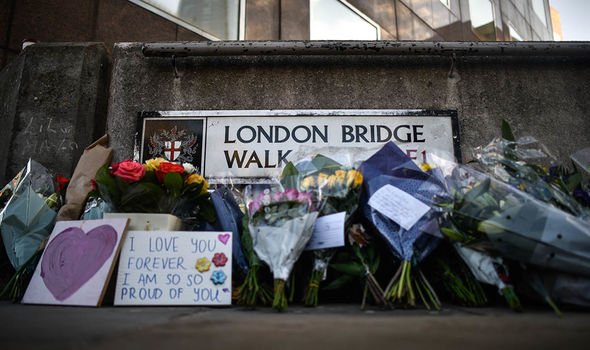 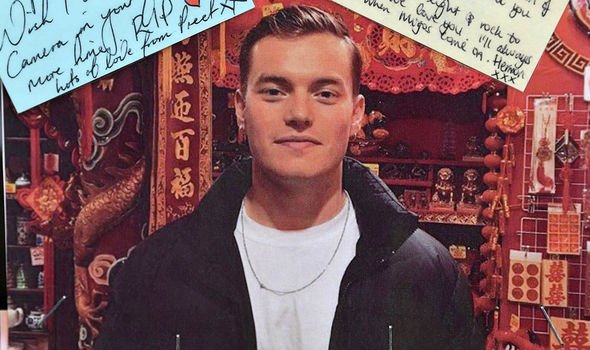 In a tweet on Sunday evening, Mr Merritt’s father David said: “Don’t use my son’s death, and his and his colleague’s photos – to promote your vile propaganda.

“Jack stood against everything you stand for – hatred, division, ignorance.”