Climate change could help turn part of southern England into a wine-growers’ paradise, a report has found.

The South Downs National Park, which stretches 87 miles (140km) from Hampshire to East Sussex, currently has 51 vineyards and 11 wineries, but consultancy Vinescapes found that only 0.4% of agricultural land was used for viticulture.

The report said that up to 34% of the land could be suitable for winemaking and further investment could tap into hundreds of jobs and millions of pounds of investment.

Steve Hovington, a wine expert who runs Cambridge Wine Academy, said: “The issue has been with England (and Wales) is that generally, we don’t get enough sunshine and warmth to properly ripen grapes fully in order to make wine on a commercial scale.

“With England’s climate warming – the 1990s was the warmest decade since records began which means a longer growing season and riper grapes and more hot days in the South East of England where most of the UK vineyards are found – it has become easier to ripen grapes and therefore make wine.”

The report authors found there had already been a 90% increase in vineyard coverage in the national park since 2016, with about five new vineyards planted each year. The park’s wine industry contributes £24.5 million to the local economy and £54 million to the wider economy and the study identified 39,700 hectares of land suitable for viticulture – an area greater than the whole of the UK’s current winemaking sector.

According to the report, 800 full-time jobs could be created with a £127 million contribution to the UK economy, along with up to 75,000 visitors.

Listen and follow ClimateCast on Spotify, Apple Podcasts, or Spreaker

Nick Heasman, countryside and policy manager for the national park authority, which commissioned the study, said climate change could increase grape-growing opportunities in the region.

He said: “The special nature of the South Downs National Park provides a working landscape that helps produce world-class wines.

“Climate change is undoubtedly having an impact and, with warmer summers predicted in the future, we know farmers and land managers may be looking at grape-growing opportunities on their land.” 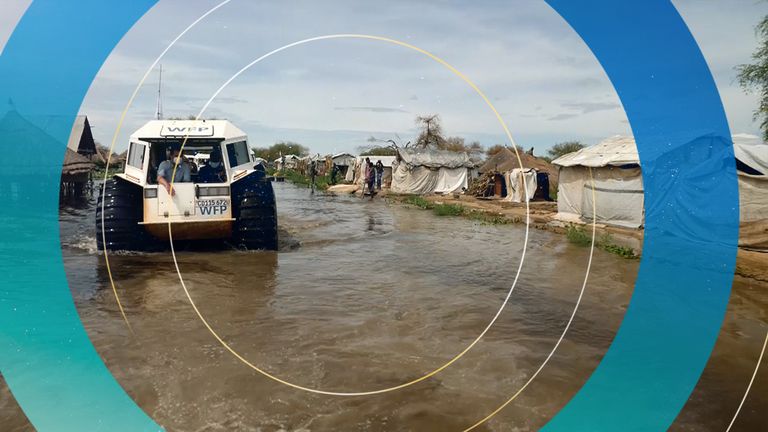 The Daily Climate Show is broadcast at 6.30pm and 9.30pm Monday to Friday on Sky News, the Sky News website and app, on YouTube and Twitter.

Hosted by Anna Jones, it follows Sky News correspondents as they investigate how global warming is changing our landscape and how we all live our lives.

The show also highlights solutions to the crisis and how small changes can make a big difference.