Extinction Rebellion, the group behind the ongoing protests, is thought to be planning to remain in the square until Thursday.

On Twitter it said it would deliver letters inviting MPs to a citizens’ assembly on the climate and ecological crisis.

Swedish environmental activist Greta Thunberg will also meet MPs, just days after the 16-year-old told protesters that humanity is at a crossroads.

Greta, who has been nominated for the Nobel Peace Prize, started the school strike movement by skipping lessons to demonstrate outside the Swedish parliament.

The move to Parliament Square will coincide with the first day of Parliament since the Easter recess and police said they had a “robust policing plan” in place ahead of the protest.

Met Police commissioner Cressida Dick has previously condemned the “miserable disruption” caused by protesters attaching themselves to public transport and buildings, telling them to protest lawfully or go home. 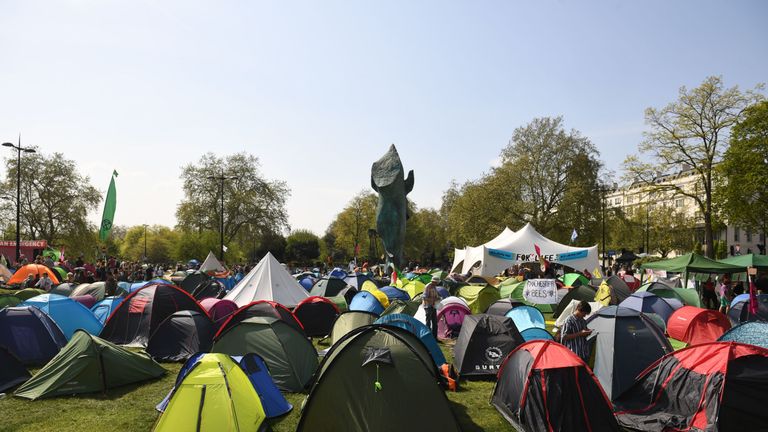 On Thursday, the group is understood to be planning a march towards London’s financial district, although it is not clear whether this means the City of London or Canary Wharf, where many banks are based. 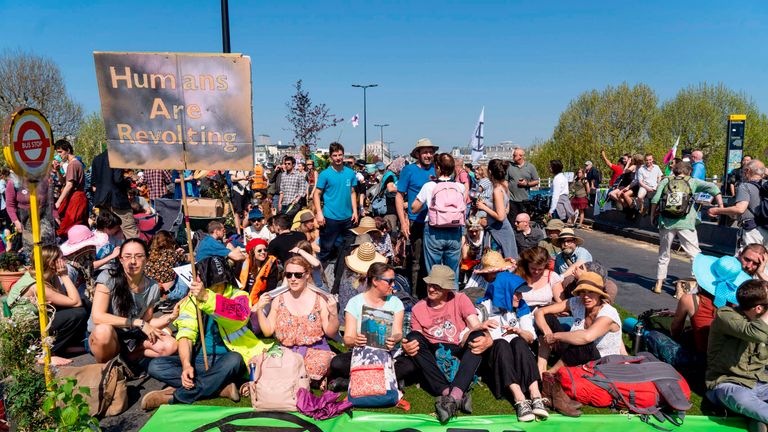 More than 1,000 people were arrested during the first week of protests, which saw Waterloo Bridge and Oxford Circus blocked, as well as a “die in” at the Natural History Museum in London.

At least 100 protesters laid down on the floor of the museum’s lobby on Monday, some wearing red face paint, veils and robes, making it difficult for visitors to cross the space.

Among the campaigners’ demands are for the government to declare a climate emergency, and a spokesman warned the disruption could get “much worse” if politicians were not open to their calls for negotiation.

Extinction Rebellion’s political circle co-ordinator, Farhana Yamin, said: “We want to show that XR is a cohesive long-term, global force, not some flash in the pan…We are not a rabble, we are rebels with a cause.”

Boy (17) is murdered and body mutilated as part of feud