Greenpeace activists are blocking the road outside Downing Street with a full size statue of an oil-splattered Boris Johnson.

Climate protesters have chained themselves to barrels and are blockading part of Whitehall.

Metropolitan Police officers are on the scene but have warned ‘complex’ locking devices mean the area could be disrupted for some time.

It comes days after Greenpeace lost a high profile legal battle which could have had widespread ramifications for Britain’s offshore oil industry.

The pressure group went to court to try and have BP’s 2018 licence for a drilling operation off Aberdeen revoked on environmental grounds.

With just weeks to go until the UK hosts the crunch Cop26 climate summit in Glasgow, ministers are under pressure not to approve similar plans at the Cambo oilfield off Shetland.

Greenpeace lost the case in a decision which was welcomed by the government on the grounds ‘there will continue to be ongoing demand for oil and gas over the coming years as we transition to lower carbon’. 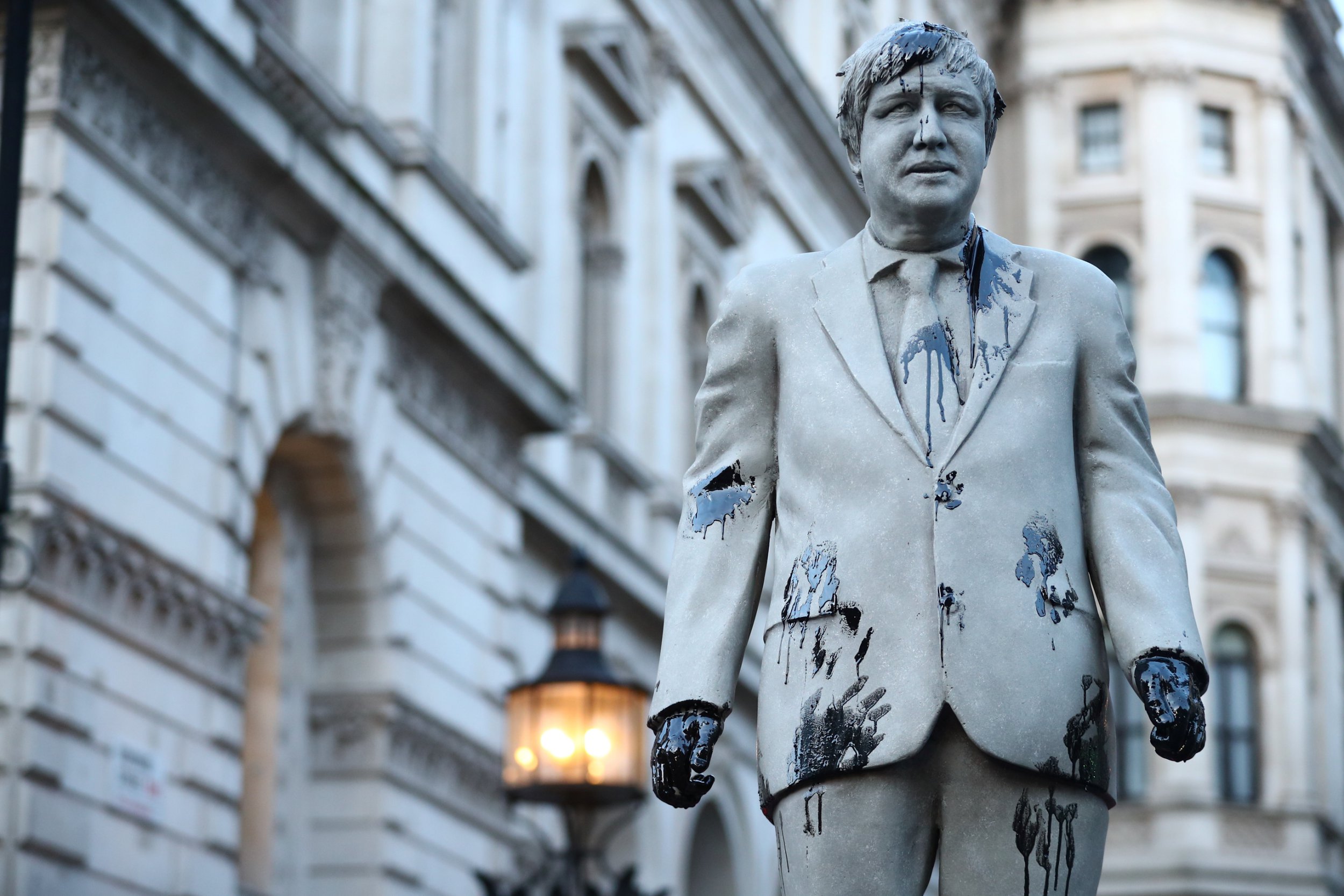 Commenting on today’s action, a Metropolitan Police spokesperson said: ‘There are sixteen activists locked onto eight barrels at this protest.

‘Those barrels will undoubtedly have complex lock-ons devices inside which the activists are attached to.

‘Our specialist removal teams are working quickly to dismantle the devices and reopen roads.’

Speaking after the decision in Scotland’s Court of Session, John Sauven, Greenpeace UK executive director, said: ‘The government is celebrating a win for the fossil fuel industry after its lawyers argued in court that emissions from burning oil extracted by BP are ‘not relevant’ when granting an oil permit.

‘And now the prime minister is poised to sign off even more oil if he approves a new oil field at Cambo – against official guidance from climate experts.

‘In just a few weeks’ time Boris Johnson will be opening global climate talks where his actions, not his words, will be what counts.

‘And right now his actions are covered in oil.’

Mr Johnson is not currently at Downing Street. He is reportedly staying on the south coast of Spain in a luxury villa owned by Tory peer Zac Goldsmith.

Royal faux pas: Which royal was forced to apologise after breaching coronavirus rules?

Over 18’s vaccine: When will all adults get their Covid vaccine in England?