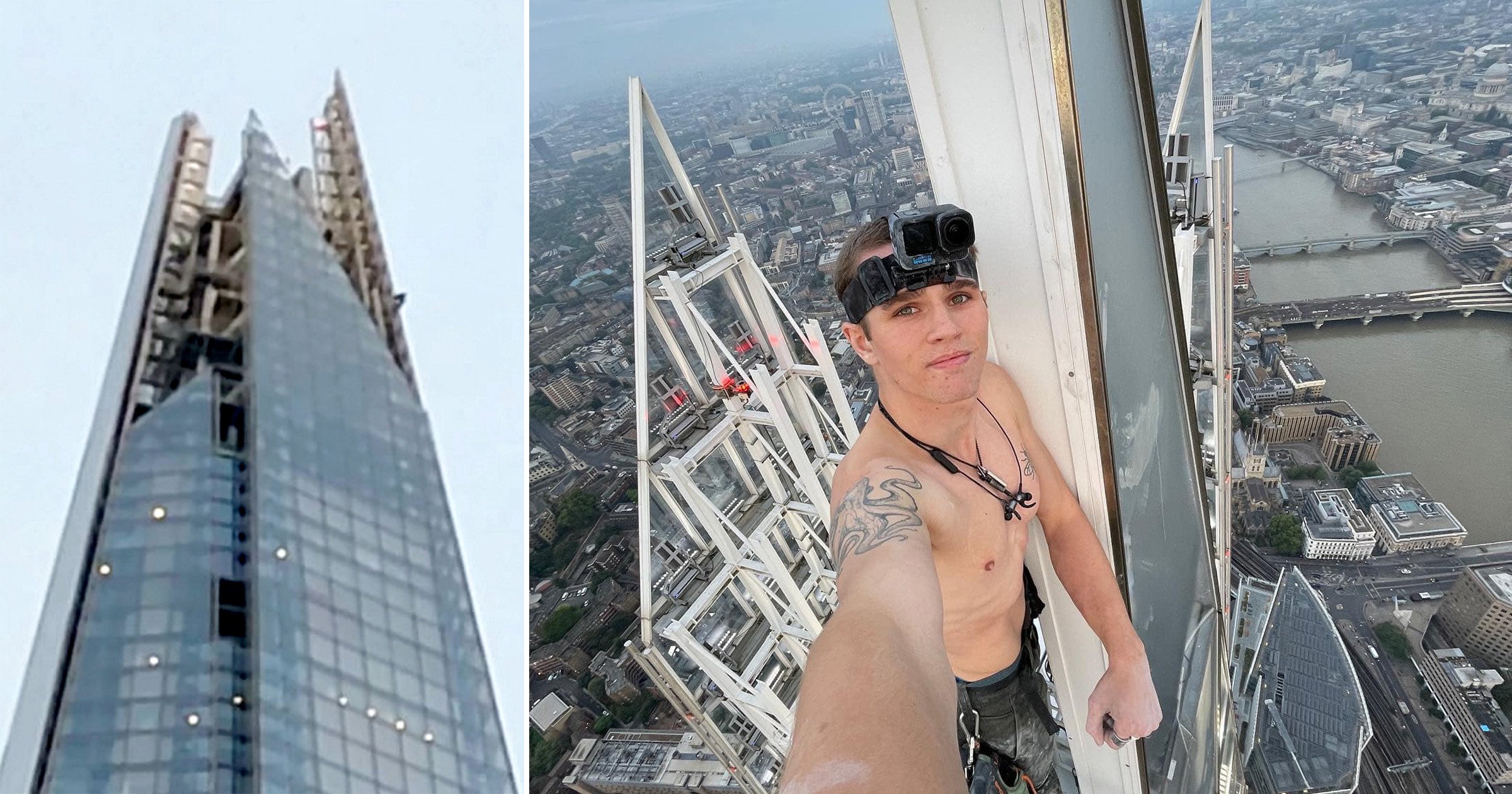 A man was spotted climbing The Shard early this morning before being arrested after he reached the top.

The climber, believed to be Adam Lockwood, took a terrifying selfie of himself balancing at the top of the 310-metre-high building in London.

Police said a man, 21, has been arrested – with two other men taken into custody under suspicion of ‘causing a public nuisance’.

In the selfie shared to Facebook, the shirtless daredevil can be seen leaning against the top of the iconic skyscraper as it towers over the capital.

Free climber Mr Lockwood has previously shared photos of himself at the top of skyscrapers, as well as dangling naked from a crane and doing chin-ups from a 1,100ft power station.

Video taken from the ground today showed a figure scaling the outside of the Shard, making his way up one of the highest points. 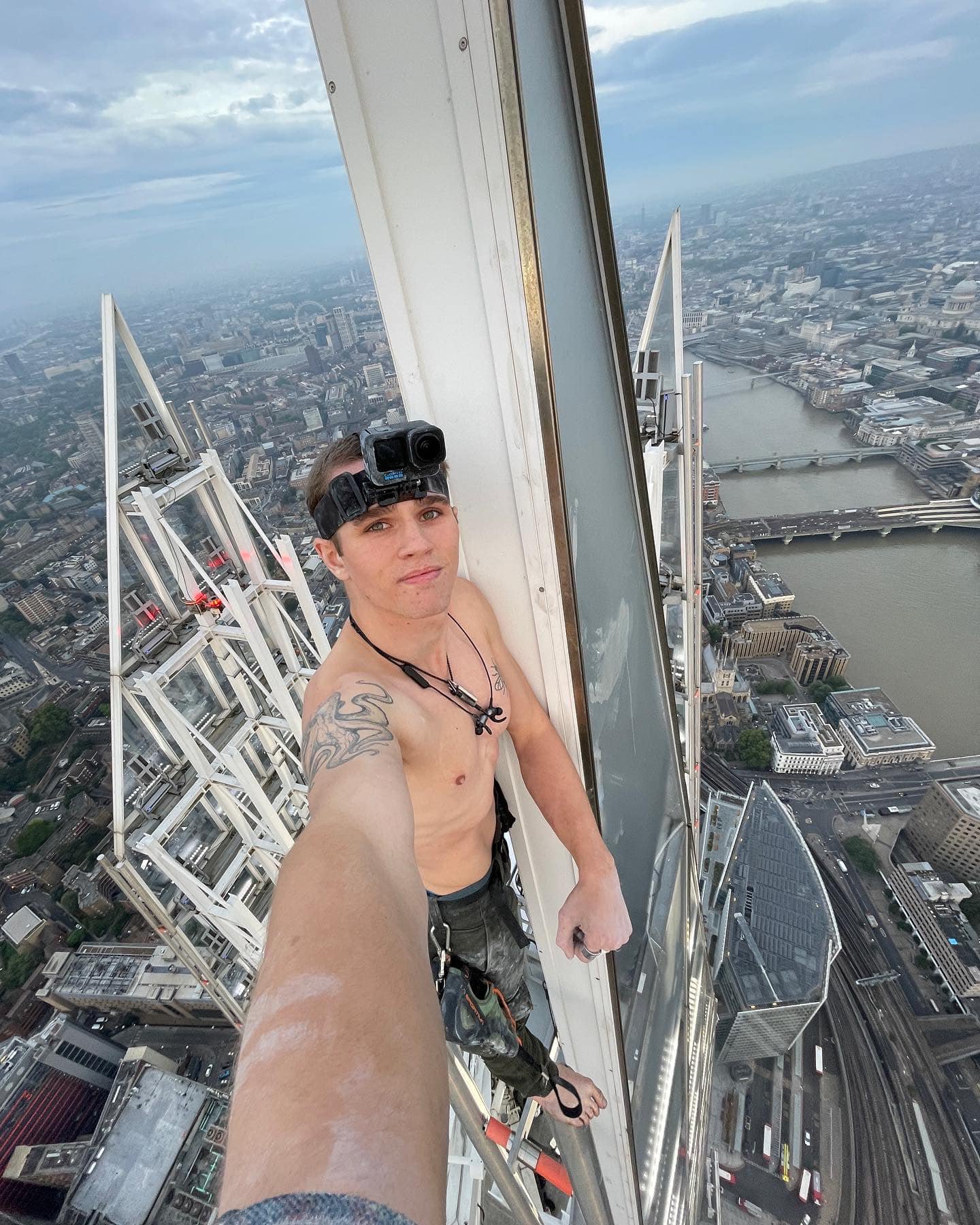 The Shard is the tallest building in the UK and Western Europe – and the UK’s second tallest free-standing structure.

Dan, a railway worker who captured some ground-level footage of climb, told how the climber scaled the building in around an hour and 20 minutes.

‘I took the video at 6.45 and he reached the top at 7am. That stuff gives me the heebie-jeebies and it’s not a bit of me, no.

‘All of us were watching thinking “what if he falls”- we were working and if he fell we would have to deal with the fall out so we were hoping he would make it to the top.

‘When you get to the top there’s a platform you can get onto and the police were there waiting for him.

‘Half the station had to be closed as he could have fallen in a number of different places.

‘He got to the top and we got a call at 7.20am saying he’d been arrested and we could open up the station.’

A spokesman for the Metropolitan police said: ‘Officers were called at 5.38am on Sunday, September 4 following reports of a climber on the Shard.

‘Officers, London Ambulance Service and London Fire brigade all attended. A number of cordons were in place while emergency services responded to the incident.

Lockdown: They told us to stay home – then went out. The political figures who broke the rules

Ryan Giggs to stand trial in January 2022 over assault allegations