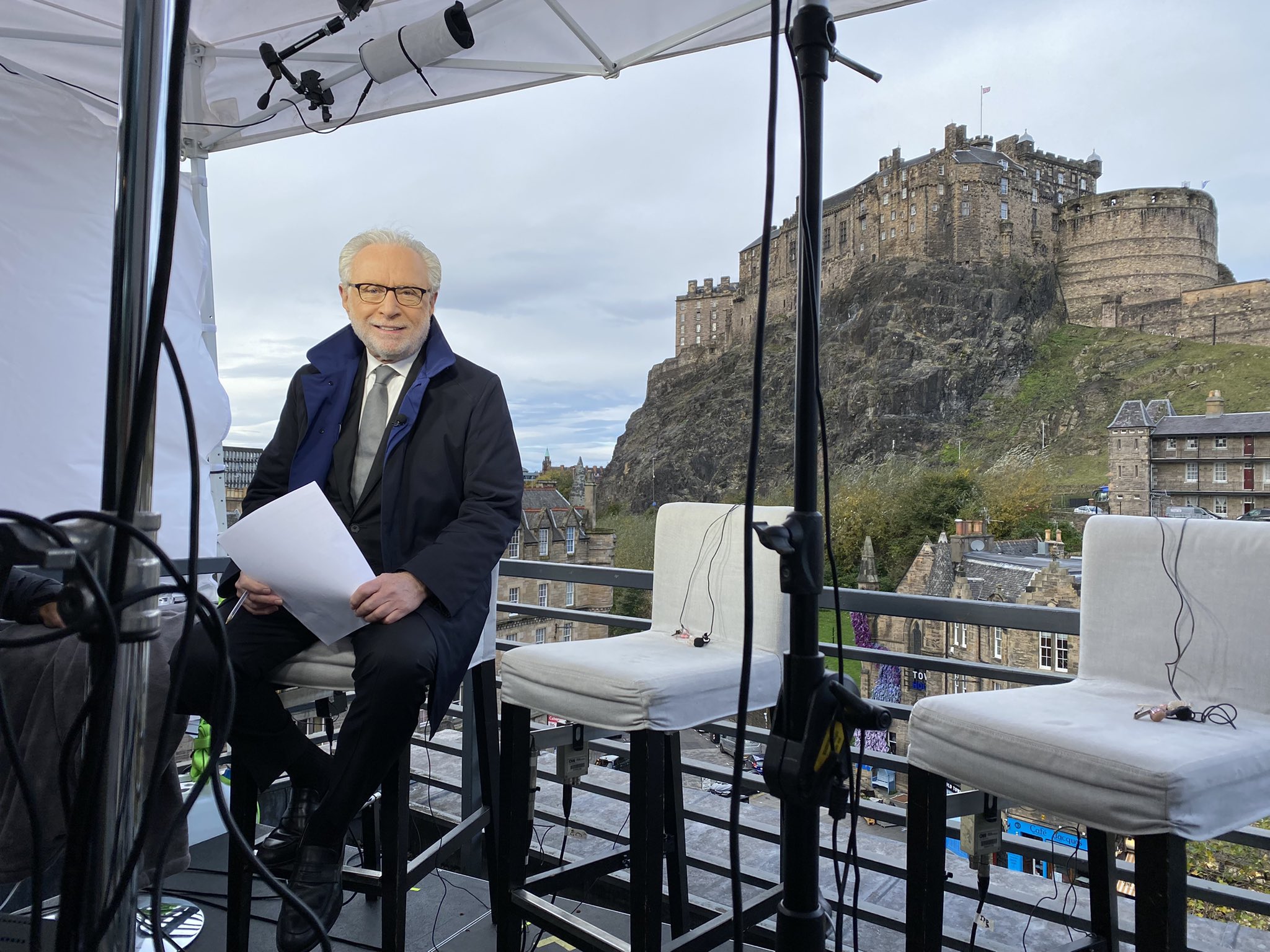 CNN news anchor Wolf Blitzer was ridiculed after he seemed to mix up Edinburgh and Glasgow when reporting on COP26 today.

The veteran broadcaster tweeted a picture of himself smiling in his studio with Edinburgh Castle in the background, when the climate change conference is taking place 50 miles away.

He captioned the picture: I’m now reporting from Edinburgh in Scotland where 20,000 world leaders and delegates have gathered for the COP26 Climate Summit.

The 76-year-old added: ‘COP, by the way, stands for “Conference of the Parties.”

‘It’s the 26th time they have gathered to discuss and take action on this critical issue.’

Responding to his tweet and referencing an area in Glasgow, SNP MP David Linden joked: ‘Pictured in front of Castlemilk.’

There is also pressure on developed countries to deliver the promised 100 billion US dollars a year in climate funding for poorer countries that are least responsible for and most vulnerable to climate change, and address loss and damage caused by the impacts of global warming.

Efforts will also be made to drive action by countries, regions, and businesses to lower emissions in sectors such as power, including efforts to phase out coal and finalise parts of the Paris climate accord agreed in 2015 to make it effective and operational.

Countries’ plans for cutting emissions in the next decade – which are key to limiting long term temperature rises – leave the world well set to miss climate goals and put the planet on course for a dangerous 2.7C of warming.

Glasgow is not expected to close that gap, so there is pressure to increase ambitions in the next 10 years to keep the target 1.5C of warming within reach.

India’s Narendra Modi, climate activist Greta Thunberg, and leaders from across Europe and the rest of the world are attending the summit.

Russia’s Vladimir Putin will not attend in person but give a pre-recorded speech, while China’s Xi Jinping will address the conference in a written statement.

The start of Cop26 comes off the back of the G20 summit in Rome, where the leaders of the major economies – responsible for 80% of the world’s emissions – agreed to reach carbon neutrality ‘by or around mid-century’.

Following the G20 meeting, Boris Johnson warned that countries had made some progress but the outcome of the talks in Glasgow intended to deliver on the commitments in the Paris climate agreement remained ‘in the balance’.

He warned: ‘If Glasgow fails, then the whole thing fails.

‘The Paris agreement will have crumpled at the first reckoning.’

Mr Johnson said that they made progress at the Italian summit but it was ‘nip and tuck, touch and go’ over whether there would be more progress over the next two weeks in Scotland.