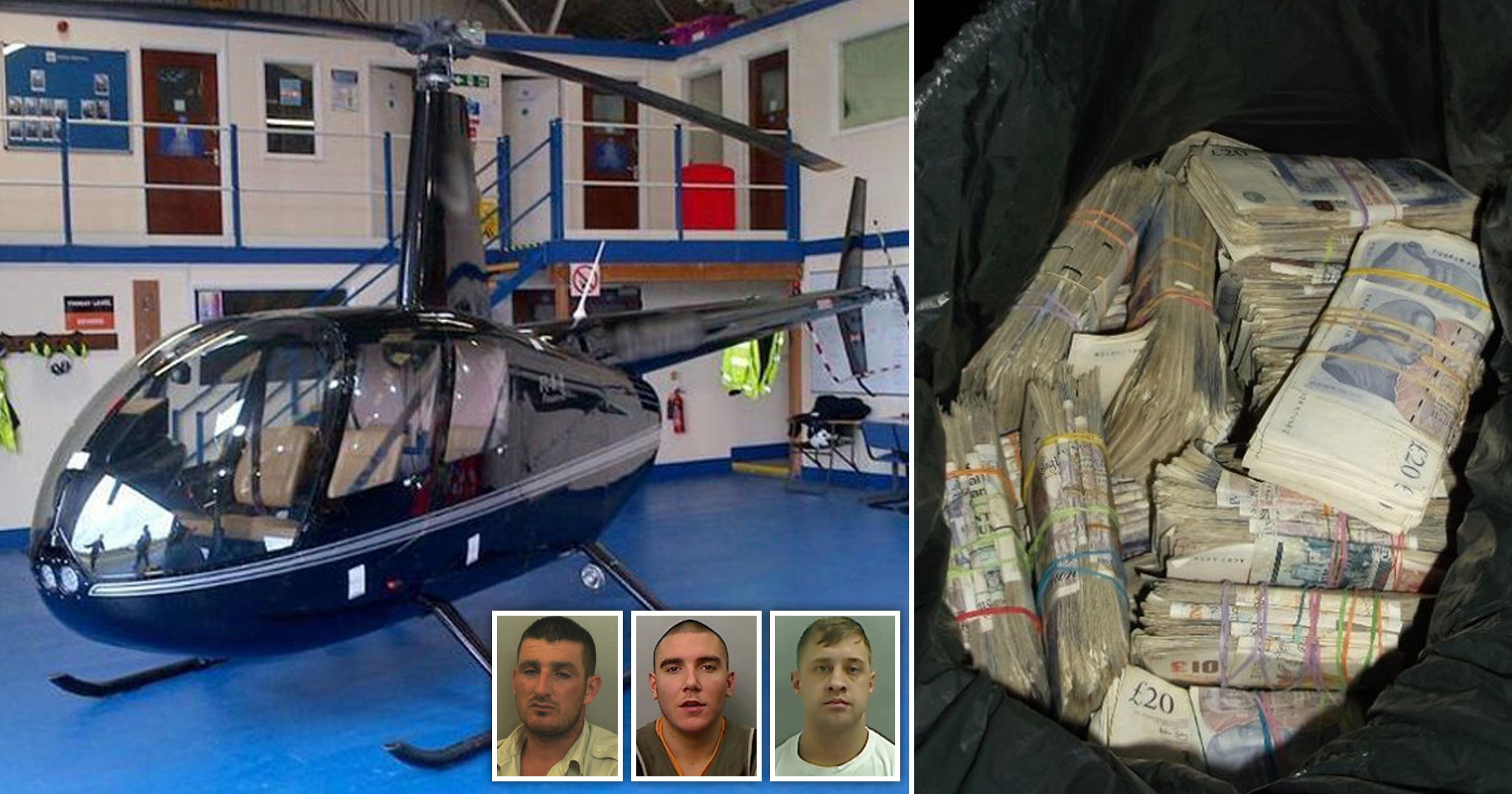 Six members of a gang which used helicopters and a network of rented holiday homes to fly drugs into the country have been jailed.

They were the final suspects to be convicted after an international manhunt led to the capture of Merseyside-born mastermind Lance Kennedy in eastern Europe.

He was caught in 2018 trying to cross from Moldova to Ukraine and jailed for 18 years the following year but has taken years for his associates to stand trial.

The gang loaded helicopters with cocaine in countries including Spain and Belgium and flew them into secluded countryside homes along common flight paths in southern England.

The drugs would then be driven by couriers to the North East, where two members ran a clothes shop in Stockton called ‘Cartel’.

Dean Johnson, 52, Lee Moody, 44, Gary Huggins, 35, and Ryan Allborn, 29, were jailed earlier this month after being snared by the same Cleveland Police operation.

The police operation was looking into groups linked to Teesside-based druglord named Jonathan Moorby, 51, who used his links to Kennedy to ship huge amounts of cocaine from the North West to the North East while on the run in Thailand.

Moorby was jailed for 14 years in May this year after being arrested by Thai police in 2017 and extradited to the UK two years later.

Six flights containing 500kg of cocaine worth £17.25 million were linked to Kennedy. Not all of it was said to have been supplied to the six defendants but prosecutors said they handled ‘significant’ amounts.

Wilton and McCarten, from Stockton, were said to be senior figures in the operation.

He oversaw local members such as Johnson and Moody who transported and stored drugs and cash at their respective homes in Thornaby and Stockton, the court heard.

Prosecutors said Wilton operated at the same level and was ‘involved in the telephone contact and was aware of what was happening’.

Allborn was convicted of being concerned in the supply of Class B substances after his fingerprints were found on a one-kilo parcel of cannabis that was among 10kg seized from Johnson’s home in 2016.

Huggins was arrested while picking up two-and-a-half kilos of cocaine, worth over £100,000 from Moody’s garage.