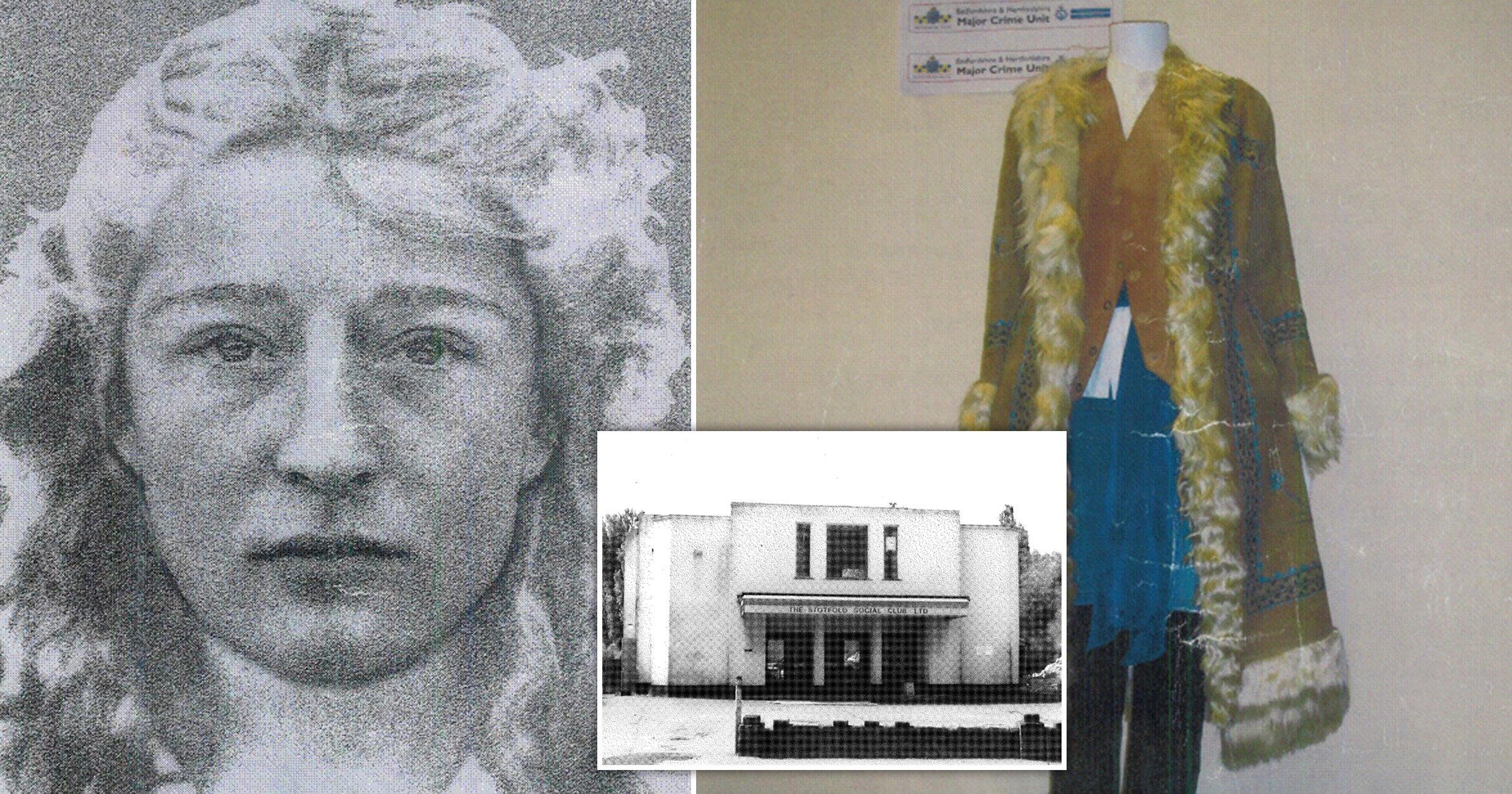 Cold-case investigators are on a mission to identify a woman killed more than 47 years ago.

In the early hours of February 18 1975, a young woman was struck by one or more vehicles on the A1 near Baldock, North Hertfordshire.

The person who was driving the vehicle that killed her has never been identified and they have never come forward.

Now, a major international appeal has been launched by Locate International to finally find the woman’s ‘vanished’ identity.

The young woman was last seen at 5:30am, just 45 minutes before she was killed.

A witness stated that she had said that she was heading for London and that she spoke with a foreign accent.

The young woman – who Locate International are naming the Baldock Woman – was thought to be between the age of 17 and 25.

She had fair hair and hazel eyes and a few distinguishing features: a scar on her right leg and a piercing in her right ear.

When she was found, she wasn’t wearing shoes, wasn’t carrying a bag and she had no form of identification.

But, after an appeal in June 2010, which contained a facial reconstruction of the woman, a couple came forward to say they recognised her.

They recognised her as a young French student named Odile who had stayed with them in the early 70s.

David Liversedge had met her in 1972 when she was hitch-hiking on London’s North Circular during a thunderstorm. She then went on to stay with Dave and his wife, Barbara.

The young woman who stayed with the couple was between 23 and 25 years old and had said that she was from north of Paris or had lived in the northern part of the city.

Volunteers with Locate International have today launched an appeal for information across France.

She had friends in Newquay, Cornwall, and would often hitch-hike to visit them.

When she wasn’t visiting friends there, she could regularly be found in the Stotfold Social Club sipping on a cider. She also worked manufacturing souvenirs on an industrial estate in Henlow, Bedfordshire.

In 1973, she is said to have relocated to Cambridge to study at a language school.

The couple did not see her again after this, but believe that she may have been returning to visit given that the unidentified woman’s body was found only a few miles from their home.

Dave Grimstead, founder and CEO of Locate International said: ‘It’s clear that Baldock Woman lived a full life, and enjoyed the company of others, so it’s hard not to think of the people who missed her when she seemingly vanished – her family, her friends, all the people she met along the way.

‘It’s not too late for us to tell those people what really happened to her, and your information can help us do that.

‘No piece of information is too small to share – it can provide new clues, or new lines of enquiry that could prove crucial.

‘Did you ever meet her, or bump into her as she was hitchhiking? Did she ever tell you her name, or where she was from? Did she study at a language school with you?

‘We’re confident that someone out there holds the key to us finally learning Baldock Woman’s real name and identity.

‘So if she bears any resemblance, no matter how small, to someone you knew or have lost touch with, please get in contact with us.

What was the Baldock Woman wearing when she died?

· a white cotton smock with a floral pattern and imitation lace

‘Your information alone can help us identify her.’

If you have any information, please contact Locate International by emailing [email protected], by calling 0300 102 1011 or by visiting this link.

Other major appeals have been launched by the organisation to ensure no death is forgotten.

Volunteer cold case investigators from Locate International are also determined to track down the identity of the ‘Wembley Point Woman’.

Just like the Baldock Woman, she left behind a range of clues that pieced together an insight into her life – but police were unable to find her name and, in turn, inform her family of her death.

BBC row: Why did BBC use wrong Remembrance Day clip of Boris Johnson? Statement in full