Livia, the ex-wife of actor Colin, believes people in the West, with their desire to “buy clothes for the price of a sandwich”, have a blind spot when it comes to the abused workers who produce the garments. Livia has produced a documentary on fashion’s ecological and ethical future as part of the investigative series Fashionscapes. It marks eight years since the Rana Plaza tragedy, in which 1,134 workers died after an unsafe factory collapsed in Bangladesh.

One woman told the programme she was paid $6 a month. Figures suggest there are 60 to 80 million garment workers who do not earn enough to live on.

Livia was inspired to campaign after going to Bangladesh in 2008 and visiting a garment factory.

She said: “They were producing 150 pieces an hour. If their child was sick they would lose their job for caring for them. They had no protections whatsoever. It made me think, what are we really wearing? The clothes we wear every day as women?

“This is a feminist issue. We can’t talk about #metoo feminism and equality in the West when as women we allow others to be abused and exploited on other side of the world.”

In the largest garment-producing countries, workers’ wages are less than 50 percent of what is necessary to provide for a basic decent life.

Fashion retailers operate in a highly competitive market and can negotiate aggressively with supplier factories on price, which then drives down pay.

When one country demands higher wages, the mobile nature of the business means ruthless operators can simply move quickly to source their product from a lower wage economy. 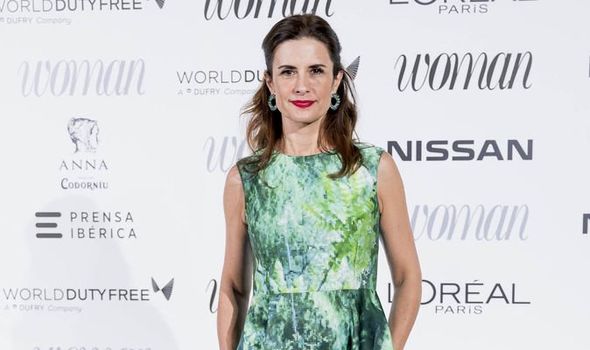 The fashion industry, with an estimated global value of $2.5trillion, has a history of poverty wages and exploited workers, but for the first time it is facing a co-ordinated, structured challenge through international law.

Global NGO The Circle, which Livia works with alongside Annie Lennox, has proposed EU legislation that would force brands who sell in the bloc to commit to a legally binding living wage.

Livia said: “Hopefully during lockdown we learned to live without shopping for a year and hopefully we are re-establishing different values.

She started the Green Carpet challenge in 2010, in which she and other celebrities walked the red carpet in eco-friendly gowns.

She suggests that people in the West get involved by contacting the brands, and asking themselves if they will wear an item of clothing at least 30 times before buying it.

She added: “When you see something that is really cheap, you have to ask who is paying the price? The answer is always the garment worker.”