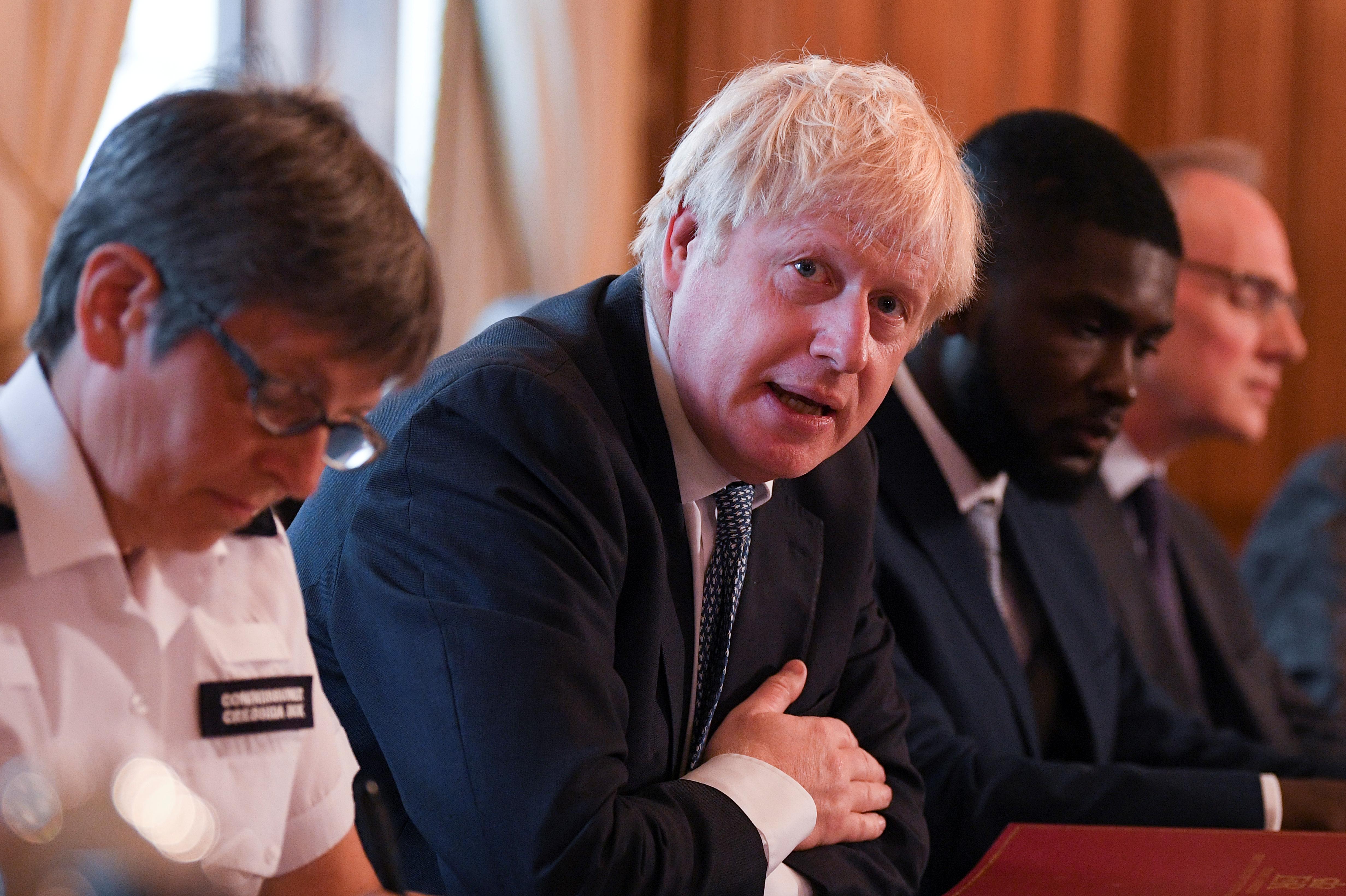 Hours after senior lawmakers said they would seek to prevent any attempt to ignore parliament over Brexit, Johnson used a question-and-answer session on Facebook to attack them.

“There is a terrible kind of collaboration as it were going on between those who think they can block Brexit in parliament and our European friends,” Johnson, who has been hailed by the U.S. president as “Britain’s Trump”, said on Facebook.

“We need our European friends to compromise and the more they think that there’s a chance that Brexit can be blocked in parliament, the more adamant they are in sticking to their position,” Johnson said.

Johnson’s use of the word “collaborator” has historical echoes for Britons given the use of that epithet for people who cooperated with Nazi Germany during World War Two.

It followed remarks by former finance minister Philip Hammond that parliament will block a no-deal Brexit if unelected people behind Johnson try to wrench Britain out on Oct. 31 without agreement.

The United Kingdom is heading towards a constitutional crisis at home and a showdown with the EU as Johnson has vowed to leave the bloc in 78 days time without a deal unless it agrees to renegotiate a Brexit divorce.

After more than three years of Brexit dominating EU affairs, the bloc has repeatedly refused to reopen the Withdrawal Agreement which includes an Irish border insurance policy that Johnson’s predecessor, Theresa May, agreed in November.

Hammond, who served as May’s finance minister for three years, said unelected people in Johnson’s Downing Street office were setting London on an “inevitable” course towards a no-deal Brexit by demanding the Irish backstop be dropped.

“The people behind this know that that means that there will be no deal,” Hammond told the BBC. “Parliament is clearly opposed to a no-deal exit, and the prime minister must respect that.”

The former minister’s first public intervention since resigning indicates the determination of a group of influential lawmakers to thwart Johnson if he goes for a no-deal Brexit.

Hammond said he was confident parliament, where a majority oppose a no-deal Brexit, would find a way to block that outcome.

It is, however, unclear if lawmakers have the unity or power to use the 800-year-old heart of British democracy to prevent a no-deal Brexit on Oct. 31 – likely to be the United Kingdom’s most consequential move since World War Two.

Opponents of no deal say it would be a disaster for what was once one of the West’s most stable democracies. A disorderly divorce, they say, would hurt global growth, send shockwaves through financial markets and weaken London’s claim to be the world’s preeminent financial centre.

Brexit supporters say there may be short-term disruption from a no-deal exit but that the economy will thrive if cut free from what they cast as a doomed experiment in integration that has led to Europe falling behind China and the United States.

Heading towards one of the biggest constitutional crises in at least a century, Britain’s elite are quarrelling over how, when and even if the result of the shock 2016 referendum will be implemented.

Part of the problem is that Britain’s constitution, once touted as a global model, is uncodified and vague. It relies on precedent, but there is little for Brexit.

The House of Commons speaker John Bercow told an audience in Scotland that lawmakers could prevent a no-deal Brexit and that he would fight any attempt to prorogue, or suspend, parliament “with every bone in my body”.

Johnson, who replaced May after she failed three times to get her Brexit deal through parliament, has refused to rule out proroguing the House of Commons and Brexit supporters have vociferously encouraged him to do so if necessary. 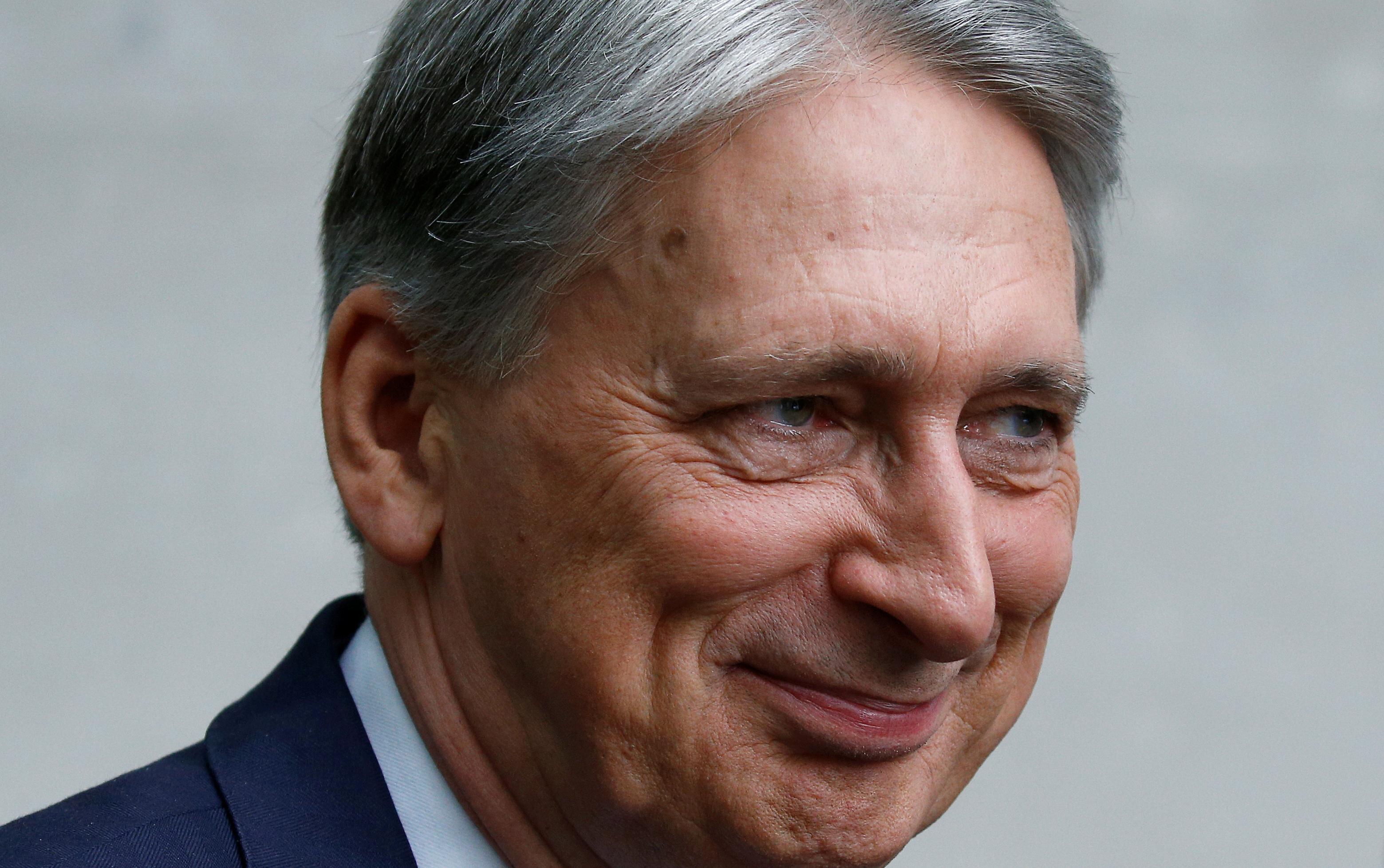 Johnson’s top advisor, Dominic Cummings, has reportedly said he could delay calling a general election until after Oct. 31, even if he lost a no confidence motion, allowing for a no-deal Brexit while parliament is dissolved.

Clearly with him in mind, Hammond said there were people “who are pulling the strings in Downing Street, those who are setting the strategy.” Cummings declined to comment to Reuters.