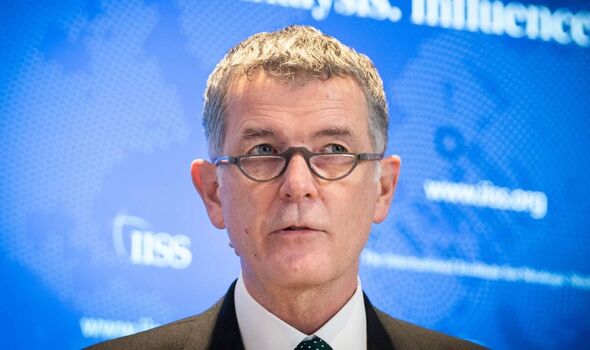 Senior MPs and peers say media engagement is risking undermining intelligence efforts in keeping the UK safe. The Intelligence and Security Committee (ISC) has warned Richard Moore, Chief of the Secret Intelligence Service (MI6), and his MI5 and GCHQ counterparts about using platforms like Twitter as they try to bring their organisations into the 21st century.

In a report, the body, chaired by Tory Julian Lewis, said they were “increasingly making appearances in the media, with a far higher profile than their predecessors”.

Citing “the chief of SIS’s Twitter account” alongside interviews and podcasts given by service chiefs, it added: “While the committee recognises the important role public outreach can play in attracting employees by opening up about the culture and working practices in such secret organisations, it must be undertaken in a strategic and considered manner.

“The committee is concerned that, if f media engagement strategies go too far, they risk trivialising the important work of the agencies and diverting their focus from national security priorities.

“Social media is also known to be a battleground for covert hostile state action, so any enhanced media engagement should not undermine ability to act covertly and keep the UK safe.” Conversely the

ISC also complained that intelligence agencies were too secretive – failing to provide information on time to the watchdog overseeing their work.

It said it had been “severely hampered” over the past year, adding: “If the ISC’s oversight is being frustrated, the ISC cannot provide any assurance to the public or Parliament that the intelligence agencies are acting appropriately.”

Christina, a Dutch Princess Who Married a Commoner, Dies at 72