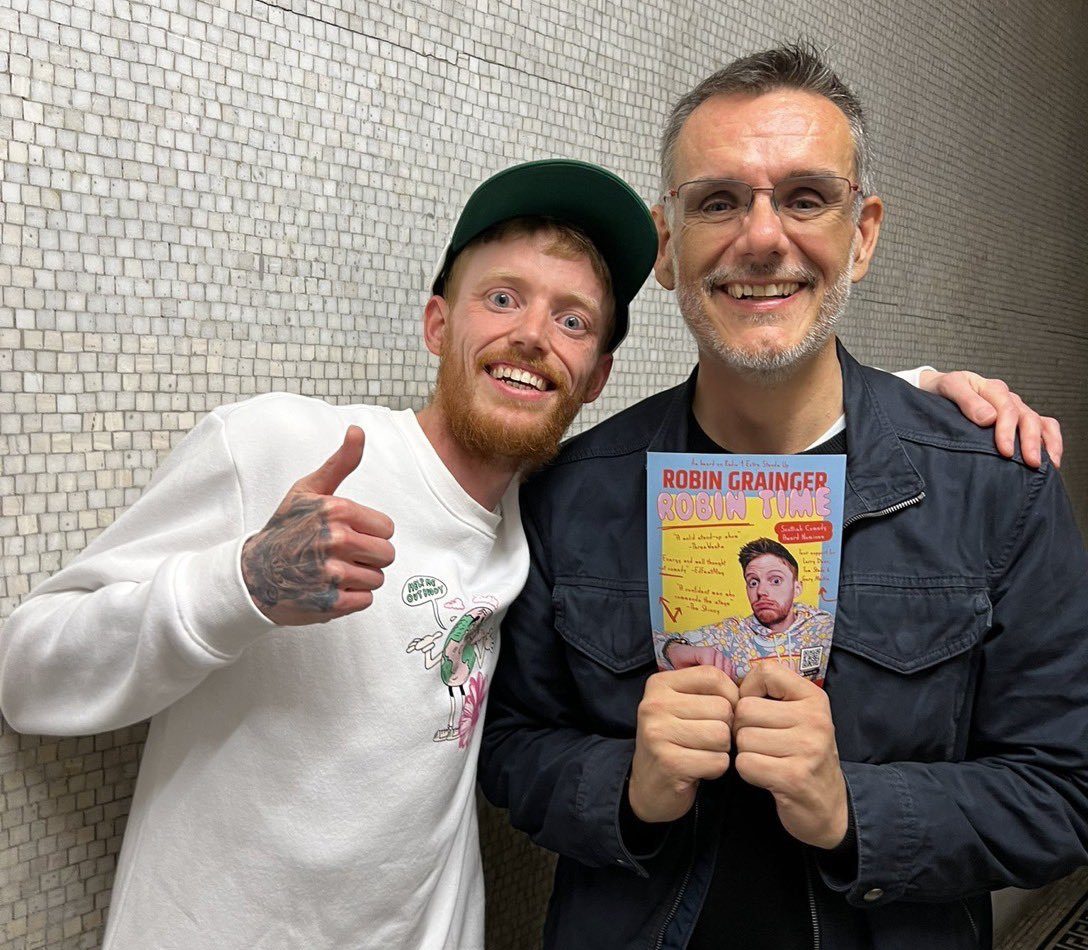 Every performer worth their salt knows the show must go on, no matter what.

This is a mantra comedian Robin Grainger still lived by when he realised just one person had come to watch his show.

The 33-year-old was gearing up for his Edinburgh Festival Fridge appearance on Friday when the news came that there was only audience member.

But Robin went ahead with the performance regardless, taking to the stage for a whole hour for tourist Mike Cass, from Leicester – and he says it’s ‘one of the best shows I have ever done’.

Since the story exploded, he has been inundated with support – and his show the following night was nearly a sell-out.

The comedian, who moved to Edinburgh ten years ago to pursue his career, said: ‘My tech operator came to give me my two-minute warning and I asked how is was looking.

‘He winced and said, “there’s one”. I can’t lie, I was a bit sad, it was the first Friday at the Fringe and everyone was tweeting about busy audiences so I thought it would be fine.

‘But I thought the show must go on. Mike had paid for a ticket and I had a microphone and an ego to fulfil, so I went for it.’

Despite the lack of tickets sold, the show was a hit, with one-man audience Mike reportedly saying ‘I cannot ever remember laughing that much’.

Robin said: ‘It’s a crazy story doing a whole hour routine for one person but it was honestly one of the best shows I have ever done.

‘I tried to tailor it to Mike and he was really laughing – laughing as much as if the room had been full.’

Veteran Scotsman’s comedy critic Kate Copstick arrived early to review the next show, but says Robin’s show sounded like it was ‘a five’ to her.

Posting on social media, she said: ‘Robin Grainger. Who was, as we say in Scotland, giving it laldy.

‘It sounded great. The FOH crew told me he had only one person in. Total respect and liking for a comic that can do that.

‘And I spoke to the one person when he came out. Said he had been handed a flyer and had a spare hour so came along.

‘”I cannot remember ever laughing that much,” he said. “I might go and see other comedy but it will have to go some to top that”. Now, to me, that reads like a five.’

Robin has seen a surge in ticket sales since sharing his tale, but there is another silver lining to the experience: New material for his show.

‘On Saturday I had almost sold out the venue and when I started to mention the story about Mike people in the audience were already laughing’, he said.

‘They had heard about it which was mad.’

Women Are Calling Out ‘Rape Culture’ in U.K. Schools