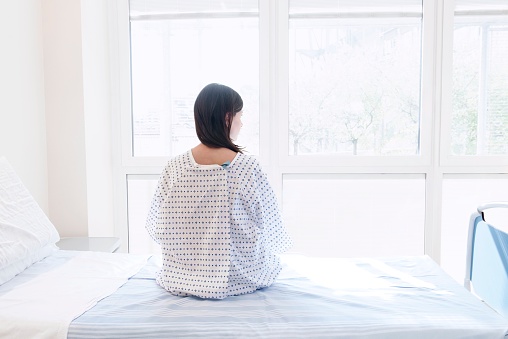 A charity has warned that most women miss the common symptoms of ovarian cancer, including bloating, feeling full, and needing to urinate urgently.

Target Ovarian Cancer also revealed that GPs were too quick to dismiss crucial signs of ovarian cancer – misdiagnosing them as symptoms of irritable bowel syndrome (IBS), meaning that ovarian cancer is often diagnosed in its late stages.

In a poll conducted with 1,000 women by the charity, they findings showed that 79% of women didn’t know that bloating was a symptom of the cancer – with a shocking 99% admitting to being unaware that needing to wee more urgently was also a sign.

A further 97% surveyed did not know that feeling full was a common symptom, while 68% were unaware that abdominal pain was a sign of the cancer that kills a third of women within a year of diagnosis.

Nearly half of those asked also incorrectly believed that cervical cancer screenings picked up evidence of ovarian cancer, despite there being 7,500 annual cases in the UK.

‘Knowing the symptoms is crucial for everyone,’ she added. ‘We know we’ve shifted the dial in the past 10 years through the dedication of thousands of Target Ovarian Cancer’s campaigners, but it is not enough,’ she said,

The news comes after a ‘major milestone’ in drug treatment for ovarian cancer was revealed last year in the form of a pill to significantly delay progression of the disease.

The innovative drug will now be accessible for thousands of women nationwide who have been newly diagnosed with ovarian cancer, after it was once only used to treat a small number of patients after their cancer had returned.