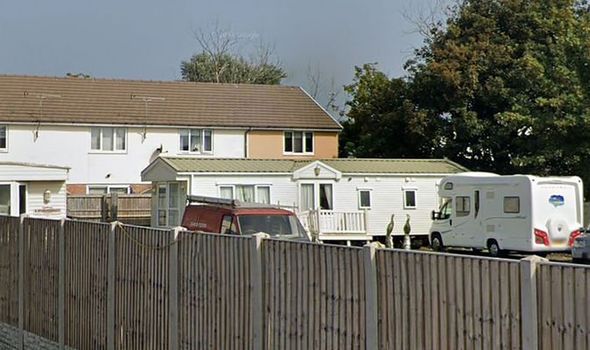 Philip Purcel and his wife want to establish a permanent home for their six children and their respective families, all of whom want to continue their cultural heritage of living in caravans. They’ve identified a site between shops and houses in Rhyl, north Wales, where they say want to settle. It’s large enough to accommodate six static caravans.

Two daughters already have statics there, while two touring caravans and two motorhomes are currently occupied by a son and three other daughters.

But some locals in the seaside town have vented their ire at the application.

One man posted: “There won’t be room! If they live there, they must keep it tidy too.”

Another shared: “Why do they want a place to settle in if they are travellers?”

A third wrote: “A culture of travelling but they go nowhere.”

But Mr and Mrs Purcel, and Mrs Purcel’s elderly mother, already live in a house within the site’s boundaries, reports North Wales Live.

The couple, who bought the plot in 2019, said the site will be a residential facility for their family and not a transit site for other travellers.

Other locals though have expressed concern about the impact on new-build homes bordering the site, with some worrying it will open the floodgates to similar applications.

Travellers are occasionally moved on from the promenade in Rhyl and look for new spots to reside.

But some have supported Denbighshire Council’s planning application.

Another person said: “I know plenty of people who live in houses that have no respect for their homes or neighbours.

“Just because they are tarnished by peoples’ words doesn’t mean that’s how they all act and live. No one is perfect or better than anyone else.”

Denbighshire Council, where Liberal Democrats currently sit with the Independents, say the plan is to install an extra four static caravans in place of the touring caravans and motorhomes.

Proposals also include parking bays and the use of an existing outbuilding for refuse wheelie bins and recyclable waste containers.

Laurel hedging is to be planted around the boundary, along with some trees, with small lawns established within the site.

A document supporting the application said: “The site at Kynsal house was deliberately chosen due to its location near all required facilities (shops, schools, public transport and medical facilities etc) and of sufficient size to accommodate the applicants’ needs for their family to have a residential base while respecting their culture and heritage to reside in caravans.”