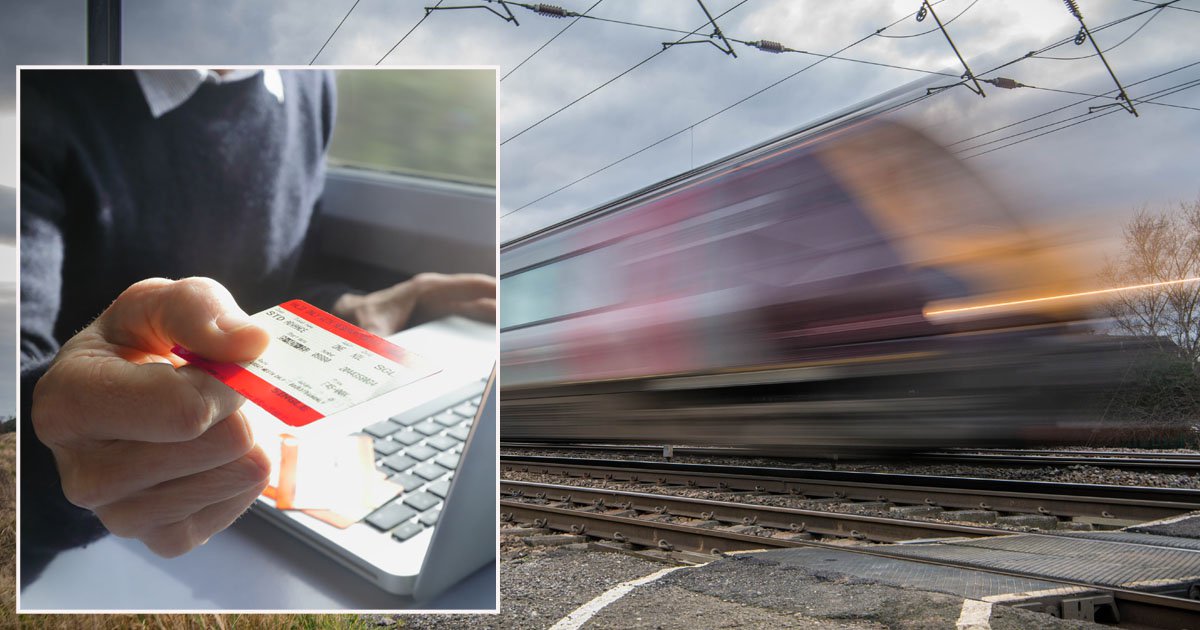 Rail commuters have hit out at ‘useless’ new flexible tickets, many of which offer little to no saving for regular travellers.

Passengers on English trains can buy the new season tickets from Monday, in a shake up of railway travel which offers some people savings on certain routes when they commute on two or three days a week.

The move is part of a major reform of train travel which comes amid a rise in working from home during the coronavirus crisis.

Two-days-a-week commuters using flexible season tickets could save more than £260 travelling from Woking to London, £230 from Liverpool to Manchester, and £170 from Stafford to Birmingham, according to Department for Transport (DfT) analysis.

But larger savings can be made if some journeys are made at off-peak times, or using railcards and passengers across the country have hit out at the scheme’s offer for them.

Another traveller, Chris Dunn, wrote on Twitter: ‘My issue is that flexi-season tickets save you almost nothing.

House of Commons researcher Carl Baker said the offer would ‘disappoint’ a lot of people.

He tweeted: ‘There is no flexi replacement for the £9,156 Peterborough fare, because it includes a Travelcard – and it seems that flexi seasons don’t cover +Travelcard tickets.

‘I imagine that makes this immediately useless to a decent proportion of people commuting into London.’

To encourage more people to travel by rail, train companies will allow passengers who buy an Advance ticket for a specific train to rebook or receive rail vouchers without an admin fee until the end of the year if their plans change.

Transport Secretary Grant Shapps said: ‘As we kickstart the biggest reforms to our railways in a generation, flexible season tickets are the first step. They give us greater freedom and choice about how we travel, simpler ticketing and a fairer fare.

‘With a season ticket calculator to see which option works best for you, and a book with confidence guarantee to make journeys stress-free, the future of fares is flexible.’

Asked to comment on criticisms of the tickets, a DfT spokesperson told Metro.co.uk: ‘Flexible season tickets will offer most 2 and 3 day per week commuters savings against buying daily tickets or traditional seasons.

‘We have always been clear that passengers should consider which product best suits their journey and travel pattern. This will be easier than ever with the updated season ticket calculator.’

But Manuel Cortes, leader of the Transport Salaried Staffs’ Association, said: ‘In some instances these are more expensive than Anytime tickets, which is simply short-changing passengers.

‘Despite all the spin, people will not be fooled and nor should they be, because we want our railways to flourish as we recover from the pandemic.

‘Transport Secretary Grant Shapps must go back to the drawing board and offer proper flexible season tickets which are good value for money, thus encouraging more people to use our railways.’

Tickets offering discounts for part-time commuters are already available in Scotland and Wales.