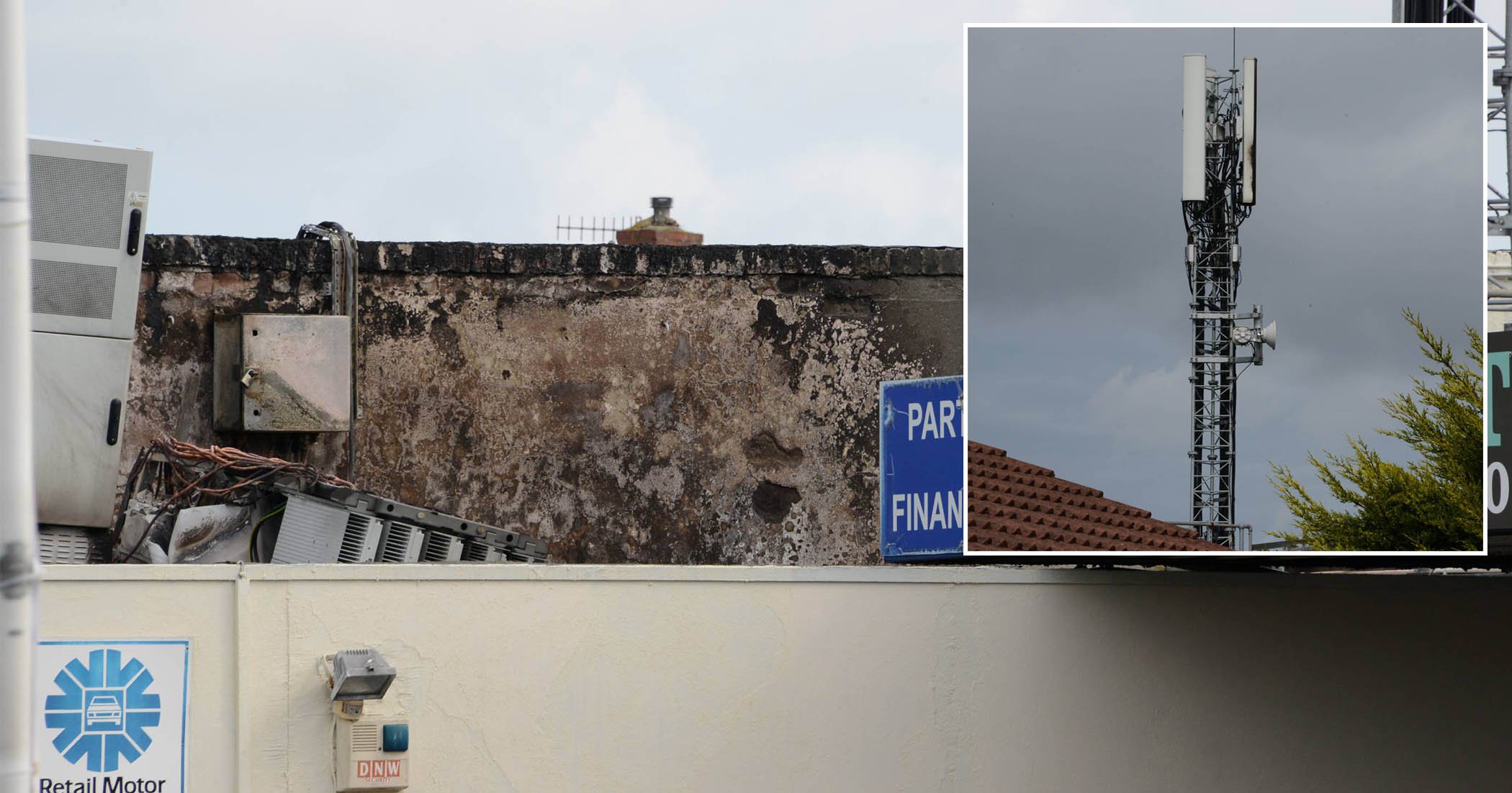 A conspiracy theorist broke into a locked compound and set fire to a transmitter because he thought it was harming him and his family.

David Patterson, 41, was so paranoid that the 5G mast was hurting him that he covered himself in foil and created a bunker out of tins in his kitchen.

Prosecutor Alec Burns said the incident happened at Wardley Garage in Gateshead in the early hours of June 21 last year and that he thought he was ‘protecting his family and others, in reality, from harm’.

Judge Sarah Mallett said: ‘His belief was the tins and tin foil would act as a bunker from the waves he believed he was experiencing from the 5G mast.’

She said Patterson got his mistaken views from ‘material that is readily accessible on the internet that frankly feeds beliefs that are widely considered and accepted to be completely delusional’.

Defence solicitor Tony Davis said Patterson has been under the care of mental health services.

Speaking from the dock, Patterson said: ‘I know what I did was totally wrong. Conspiracy theories don’t apply to me no more. I am well aware my mind can’t take it.

‘I want to spend time with my lovely friends and lovely family now.’

Judge Mallett said although Patterson has made ‘good progress’, she wants more information about the mental health care interventions available to the court.

She adjourned sentencing until October 1.

The judge told him: ‘I need to make sure the sentence I pass not only benefits you but, more importantly, benefits everyone by reducing the risks you have shown you are capable of causing.’

The Conservative Government is not doing enough to protect workers