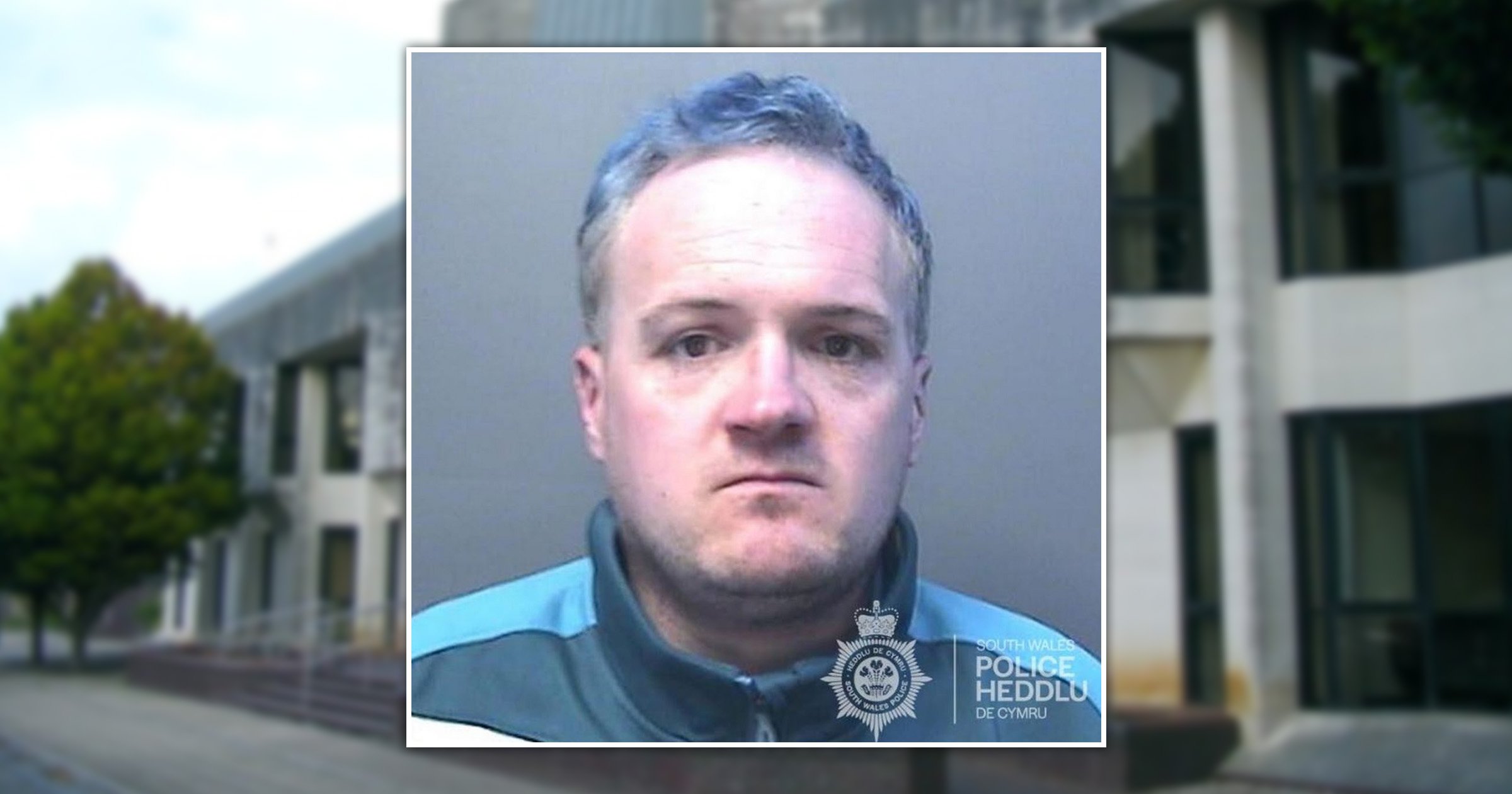 A sex offender has been jailed after he was found hiding a boy and a girl missing from children’s homes in a wardrobe in his bedroom.

Jamie Roberts, 35, claimed he had been asleep when police knocked on his door at 3.40am, despite being fully clothed.

He appeared to be alone in the flat, but officers noticed a big pile of bedding and clothes stacked up in front of a wardrobe in one of the bedrooms on December 21 last year.

They looked inside and found the two missing teenagers, reported missing after they had not returned at their curfew time. They were returned to their care homes and Roberts was arrested.

In a police interview, Roberts said they had taken cocaine and amphetamine, and claimed the children had asked him to hide them.

He was released under investigation – but just weeks later, Roberts again took two vulnerable teenage boys living in care back to his flat in Skewen in Neath, where they drank alcohol and took drugs.

Swansea Crown Court heard the second incident happened on February 28 this year and involved the same teen boy along with another male youth who was also living in care.

Prosecutor Kevin Jones said on this occasion Roberts met the boys at Swansea railway station and took them back to his home.

At around 4am an argument broke out and Roberts chased the boys from his flat – apparently at knifepoint.

One boy rang his care home and a member of staff drove to Skewen to collect him. Roberts was again arrested and admitted arranging to pick up one of the boys from the station – but said he had been surprised to find the youngster was not alone.

Roberts, also known as Jamie Whelan, had previously pleaded guilty to breaching a sexual harm prevention order when he appeared in the dock for sentencing.

He has 19 previous convictions for 22 offences including a number for sexual offences, beginning with the indecent assault of a girl when he was a juvenile, when he assaulted a girl in public toilets on a beach.

Ian Ibrahim, for Roberts, said the defendant’s childhood had been ‘nothing short of a disaster for him’.

He said Roberts was taken into care at the age of four and lived with 10 different foster families and in five foster homes, as well as being bullied at school.

The barrister said the defendant had subsequently been diagnosed with conditions including a personality disorder, attention deficit hyperactivity disorder, obsessive-compulsive disorder and depression.

Judge Paul Thomas QC said he had no doubt Roberts’ contact with the young children from care homes had been sexually motivated grooming behaviour.

He said it was clear the defendant posed a risk of serious harm to children but said it was not possible to pass an extended sentence for the offences currently before the court.

Roberts was sentenced to three and a half years in prison for breaching a sexual harm prevention order. The judge also resentenced him for beaching a previous order, imposing a six month sentence for that to run consecutively, making an overall sentence of four years in prison.

Get in touch with our news team by emailing us at [email protected]ro.co.uk.

The touching significance of Harry and Meghan naming their daughter Lilibet