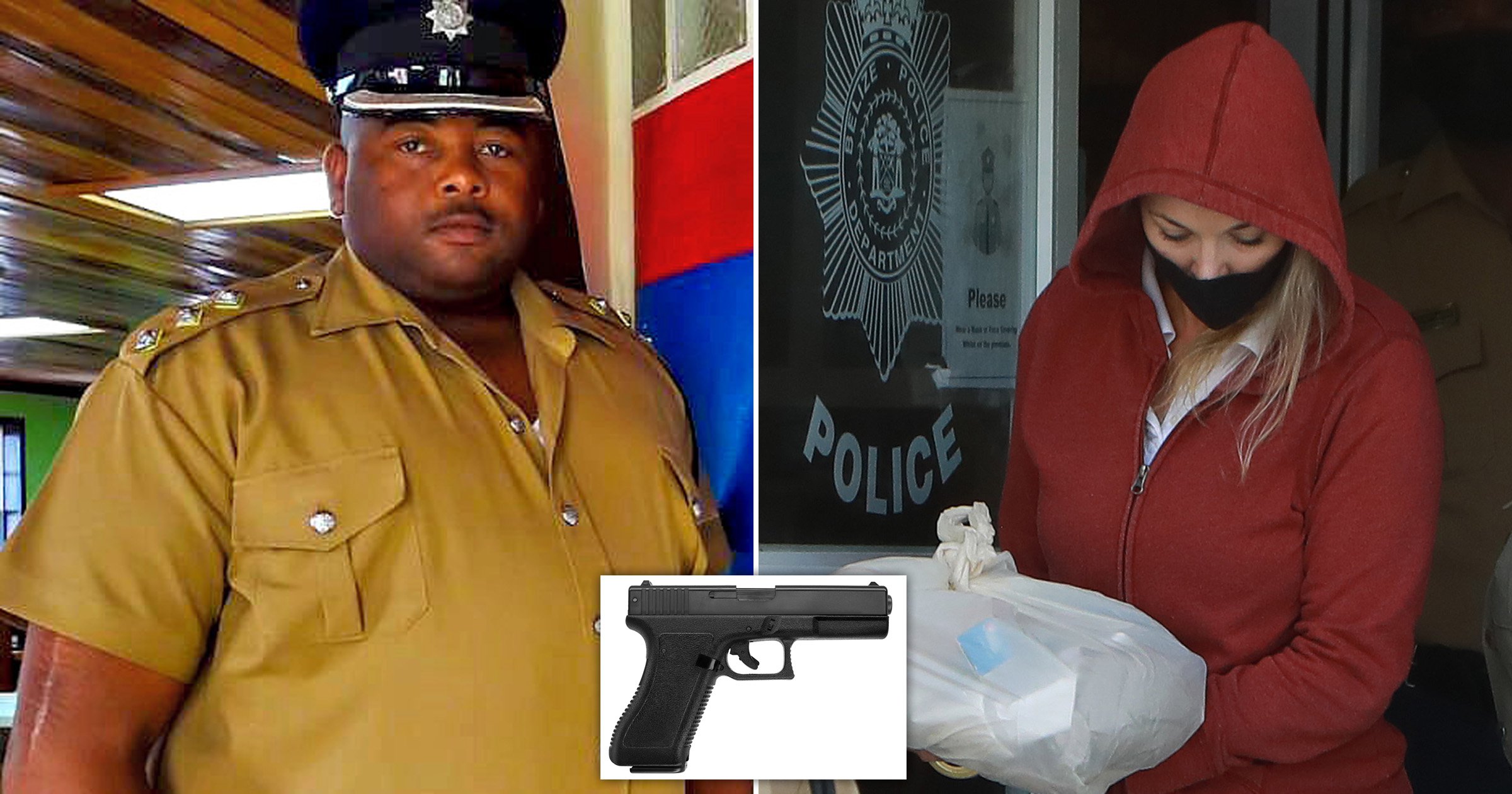 The Belizean police superintendent shot dead by a Tory peer’s daughter-in-law said he had a date on the night he died, a friend has said.

When asked by his pal for more details, Henry Jemmott, 42, joked that the woman’s identity was his secret and that he would be taking her name ‘to the grave’.

Hours later, the dad-of-five was found floating next to a wooden jetty, in the coastal resort of Ambergris Caye, after being shot in the back of the head.

Jasmine Hartin, partner of the son of Tory grandee Lord Ashcroft, was ‘hysterical’ on the platform early last Friday with blood on her arms.

The Canadian socialite has been charged with manslaughter by negligence and is being held in a tough prison, having been denied bail.

She is said to have told detectives she was giving Mr Jemmott a shoulder massage when she handed him his service pistol, which accidentally went off and shot him.

The mum-of-two is next due in court on Wednesday and in theory could be sentenced to 25 years in prison, but sources have suggested she could walk away with a $10,000 fine (£7,000).

A friend of Mr Jemmott told MailOnline: ’He was the happiest cop you’ll ever see but he’s always like that. I said where are you going tonight and he said, I have a date.

‘He called the girl. When I heard the voice I asked who she was. He joked, that’s my secret, this one I’m taking to my grave and he did take it. I’m struggling to cope with what has happened.’

Mr Jemmott boasted also boasted about how he was staying for free at the Grand Colony Villas, run by Hartin’s partner Andrew Ashcroft.

He is the son of former Conservative treasurer and deputy chairman Lord Ashcroft, who holds Belizean citizenship and was once its representative at the United Nations.

In her statement to police, Hartin, 32, claimed she was drinking with the superintendent at her apartment, where they discussed her personal security before going on a walk to the pier by the Mata Rocks hotel.

Hartin told police she offered Jemmott a massage as he was suffering from shoulder pain, and he placed his police-issued Glock 17 pistol on the dock.

According to the statement, Hartin picked the loaded weapon up to pass it to him and it fired accidentally.

Hartin’s lawyers failed to appeal a local magistrate’s ruling that their client was a flight risk.

Attorney Godfrey Smith said yesterday: ‘The matter has been adjourned. The public prosecution filed a short statement, just one sentence saying we object on the basis of flight risk, nothing further.’