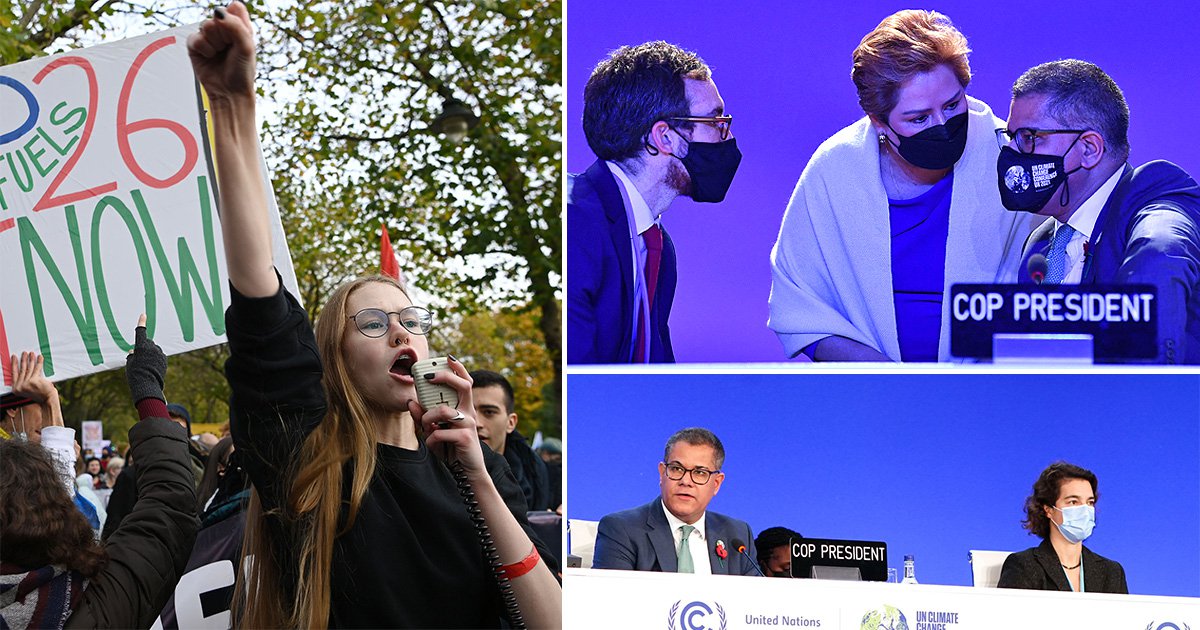 Countries are compelled to accelerate the phase out of ‘unabated coal’ and ‘inefficient fossil fuel subsidies’ in the third draft text of the major COP26 agreement.

World leaders are considering it this morning with many hoping they can settle on the agreement that will be the first to mention either pollutant.

However wording of the text, urging countries to make ‘efforts’ to cut the dirtiest fossil fuels, appears to be a watering down of the deal.

The latest draft also asks nations to ‘revisit and strengthen’ their emissions-cutting targets next year.

It urges developed countries to at least double their collective provision of climate finance to help developing nations adapt to climate change, from 2019 levels, by 2025.

The historic reference to coal and fossil fuel subsidies has survived into the latest draft of the ‘cover decision’ text for an overarching deal that countries are hoping to strike in Glasgow, despite expected pushback from some big producer and emitter nations.

It calls on countries to accelerate technology and policies to shift towards low emission energy systems, by scaling up clean power generation and energy efficiency.

The pact also recognises the need for support towards a ‘just transition’, seen as important to protect those who might be hit by job losses or higher costs from the shift to clean energy.

Scientists have warned that keeping temperature rises to 1.5°C requires global emissions to be cut by 45% by 2030, and to zero overall by mid-century.

ITV GMB: Parents should discipline children to combat knife crime – ‘Who do you blame?’