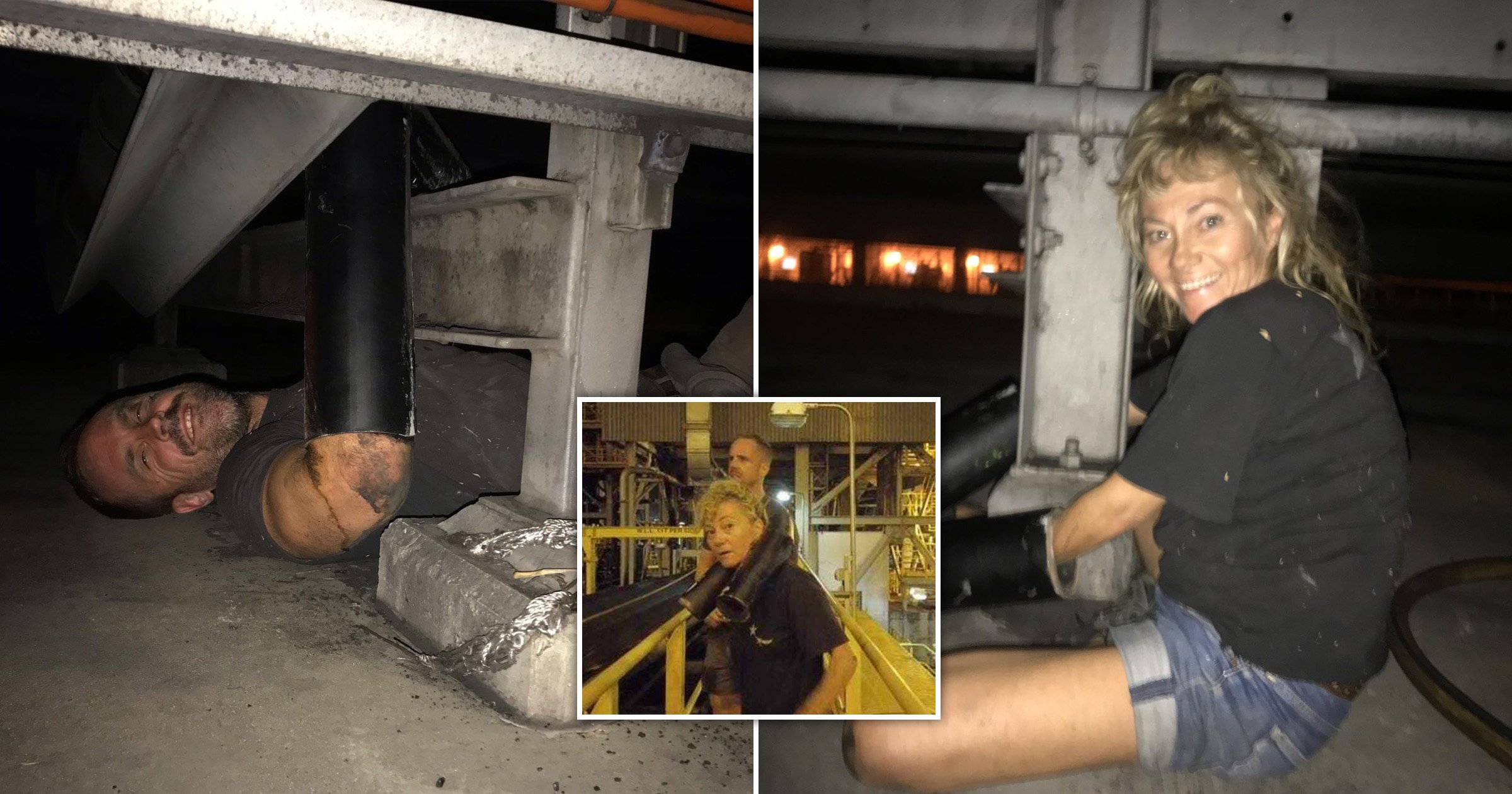 A Scottish campaigner chained herself to a conveyor belt at a coal plant in Australia in a protest against ‘greenwashing spin’ at COP26.

Juliet Lamont and fellow climate activist Kyle Magee allegedly stopped work for four hours before police removed them at the plant in Queensland.

The pair, who belong to Frontline Action on Coal (Flac), used steel tubing to lock themselves to the machinery at the export terminal in Bowen.

The direct action on Tuesday, timed to coincide with the UN summit in Glasgow, was the second time in a week that they had halted coal exportation work at a major facility in the north-eastern state.

They were arrested at the North Queensland Export Terminal on charges including trespass and use of a dangerous attachment device, and remanded in custody until November 8. Work was halted at the plant between 3.30am and 7.30am, according to police in Bowen.

Flac says that Australia’s target of zero emissions by 2050 is not enough and companies and politicians are ‘greenwashing’, or giving a false image of how they are environmentally sound.

Activist Andy Paine said: ‘We need real change to stop the climate crisis, not just the greenwashing spin of politicians and corporations.

‘Ordinary people want climate action, but our efforts are thwarted by the huge mining companies who hold disproportionate power.

‘In Australia this situation is particularly bad, so we are asking international governments to pressure Australia with trade sanctions and carbon tariffs.’

Ms Lamont, 50, who has two adult daughters, was born in Glencoe, western Scotland, and moved to Australia in 1986.

In a video, she said she was highlighting ‘the criminal acts of our government who have no moral responsibility for their citizens when we’re in a fight for our lives’.

Ms Lamont also called for Australia’s ‘untrustworthy’ government to be sanctioned by being shut out of COP26.

The campaigner emigrated from the UK with her parents Jimmy Graham and Frances Lamont and brother Sean. In 2009, she made a documentary about her dad entitled, ‘The Snowman – A Lost Father.’

Ms Lamont and Mr Magee had previously chained themselves to a conveyor belt at Hay Point Coal Terminal, also in Queensland, and had been on bail at the time of the latest protest.

In Parliament today, Boris Johnson told MPs that G20 member countries – which include Australia – were taking action on emissions from the coal industry following last week’s summit in Rome.

He said: ‘The G20, including China, agreed to stop financing international, unabated coal projects by the end of this year.

‘A vital step towards consigning coal to history.’

Australian Prime Minister Scott Morrison told COP26 on Monday that the country, a major export and emitter, is likely to exceed its Paris commitment of a 35% reduction in emissions by 2030.

Man accused of sexual assault 'had to be physically pulled off unconscious woman', court told