With or without a bong, Britain finally leaves the Brussels bloc today and sails the seas of a new adventure outside the European Union as a truly free and independent nation. The Brexit battle fought by the Tories in the last four years against the ever-demanding team in Brussels and Remainer MPs unwilling to accept their defeat in the UK Parliament, has finally paid off for the nation. The biggest price of Britons’ decision to leave the EU will be paid by those who voted for their own fate in the 2016 referendum, a bitter Remainer would say. And Brexiteers will endlessly work to debunk the argument going forward, proving Brexit Britain has been well worth the struggling fight. One thing is already certain, though. The Labour Party’s inability to engage with its own voters and the rest of the country on the most important issue in a generation has cost them the biggest electoral defeat of a lifetime.

Labour was catastrophically defeated in the December 2019 election against Boris Johnson.

Yet, the outgoing leadership is still failing to admit it was its Brexit policy to campaign for a second referendum that cost them the result.

Shadow foreign secretary Emily Thornberry, now in the race to replace Jeremy Corbyn in April, is adamant the reason Labour lost the December election is in the delivery of all the “radical” policies the party had drafted for the country.

But pro-Brexit Labour MPs who lost their seats in December pinpoint the devastating loss on Sir Keir Starmer’s masterminded proposal of a second EU vote.

And even the most prominent figures of the Labour Party who have been battling to take the UK out of the EU since 1975 now admit Labour has put himself on the wrong side of the Brexit argument for decades.

Former Chair of Labour Leave John Mills admitted the Labour Party has never been “in the best position in either camp” when both fighting for Britain to leave the EU in 1975 and siding with its Remain supporters in 2019. 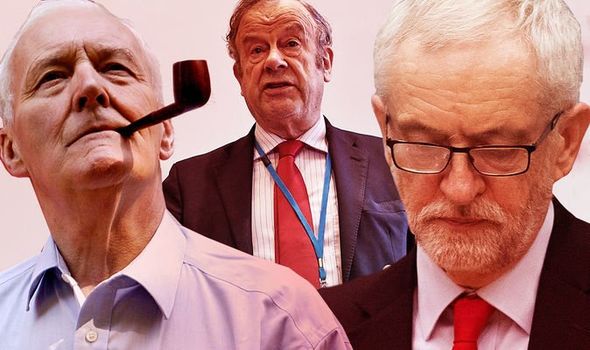 Both times, Labour lost and the Tories won.

And standing side-by-side the same “father of Brexit”, as some of them branded Mr Benn, was no one else but Jeremy Corbyn himself.

The Islington MP, who ran as a candidate for deputy leader to Tony Benn in 1981 before even becoming a Member of Parliament, stood on platforms across the country to fight the Brexit battle before any eurosceptics in the Conservative Party even had a say in the matter.

But given the opportunity to become Labour leader in 2015, the same man failed to stand his own ground and pretended to support the complete opposite of what he had preached for decades just to please an ever-excited new band of members who so badly wanted to remain EU citizens.

“One of the things about 1975 was that about 80 percent of the Tory Party voters voted to Remain, whereas most of the Leave support camp came from the left,” John Mills told Express.co.uk.

“Now that’s the other way around. Certainly, in Parliament and among the Labour Party membership, there’s much more of a Remain campaign now than there is a Leave campaign. 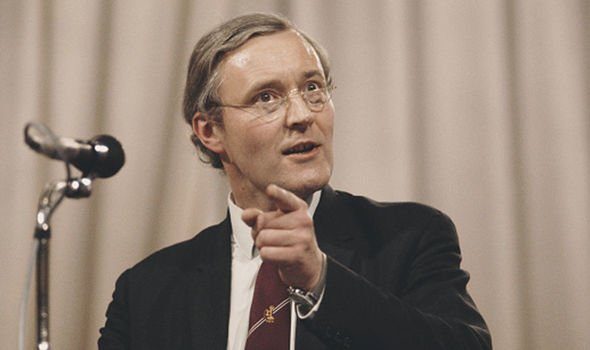 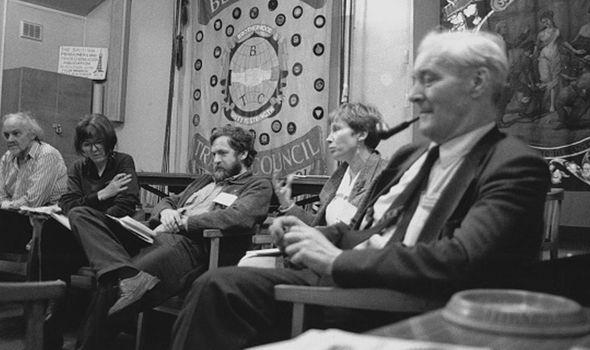 “It’s the other way for the Conservatives, so there has been a big swing around.”

He added: “I don’t think that the issue of the EU was the only reason behind the election result in 2019.

“But I think it was a very important factor and I do think that so many people voted Conservatives did so because they disagreed with Labour’s stance on the EU and for the fact that the party was becoming too much metropolitan, too London-orientated, too Remain, too much the party of the middle class and the public sector and so on.

“When you run an election on that basis you need to have your large number of industrial and traditional Labour voters campaign behind you as well.

“And that’s what didn’t happen.”

The businessman and economist admitted his own core group of Labour Leavers could not win against the Conservatives’ clear message of “taking back control” and “get Brexit done” with their ideological fight against capitalism and ever-growing support for Remain in their core metropolitan elites.

He said: “People always had different reasons for wanting to leave the European Union.

“Why did people vote to leave the EU and particularly working-class people, I don’t think it’s entirely because of problems of capitalism.

“I think it was much more because they wanted to have control of their own lives, they thought the EU was too much of an elitist organisation.”

He added: “We’ve had a situation where MPs have very strongly been Remain, most Labour MPs and most Labour Party members have been really strongly Remain as well – probably 80 percent of the members.

“But when it came to Labour voters the situation was very, very different.

“Of all the people that voted Labour for the last few decades, about half of them probably were on the Leave camp.

“I think what we’ve done is to keep alive a handful of Labour Leave people which was quite important for the referendum result.” 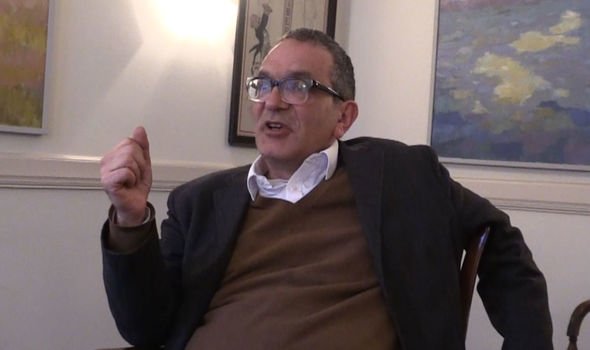 One of those Labour Leave people is Labour peer Lord Glasman. A staunch supporter of Jeremy Corbyn’s leadership, the Labour eurosceptic told Express.co.uk in April 2019 that his party needed to present Britons with the “socialist opportunities of Brexit” to contrast the Conservatives’ “globalised capitalism” possibilities of trading with other nations outside of the EU.

He said: “A third or maybe half of the Labour manifesto could not be implemented if we stay in the EU.

“Workers could not be given first choice about buying a company because they would violate EU competition laws.

“And it’s also the case that every country where the socialist Labour parties have supported the EU, their support died and they no longer exist.

“So Labour has to work this out. What I’m saying is that Corbyn represents, and many of us in Labour represent, the democratic and socialist possibilities of Brexit.

“And you can’t have that without democratic sovereignty.” 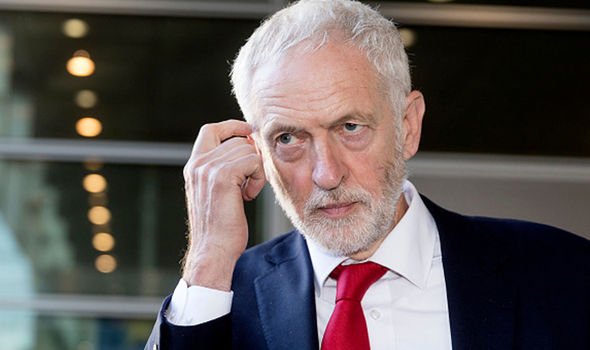 Adding: “The politics that is to come will be a Conservative vision of globalised capitalism, and a Labour vision of a democratic nation that could make its own decisions.

“And that should be a split between Labour and Conservative, but as it stands, this whole debate about the EU is getting in the way of what has to come.”

And what did come only a few months later was exactly that. A Labour manifesto full of “radical” socialist proposals that just did not convince the nation.

The Labour Party manifesto included plans for the re-nationalisation of rail, water and energy as well as a tax increase for the highest earners in the country.

Ahead of the election, Jeremy Corbyn also pledged to compensate WASPI women who lost money due to delayed retirement with a £58bn war chest.

The policies Mr Corbyn put forward however failed to convince voters and caused the party to lose 60 seats, including in northern heartlands where Brexit dissatisfaction pushed some Britons to back pro-Leave Tories.

Now all the Leavers in the red party are left with, is the bitter victory of leaving the dreadful EU bloc at the expensive cost of the possible final days of their own party.