In Durham coronavirus is spreading fast.

Confirmed cases were up more than 38% last week, and everyone seems to agree that something needs to be done.

But while those out and about on the quiet streets said they are ready and willing to sacrifice their nights out for the greater good, business owners and their employees are frustrated and worried.

In The Shakespeare pub, where on a good Saturday the bar is deemed full when no one else can comfortably fit in, there are just eight drinkers and a solitary member of staff. 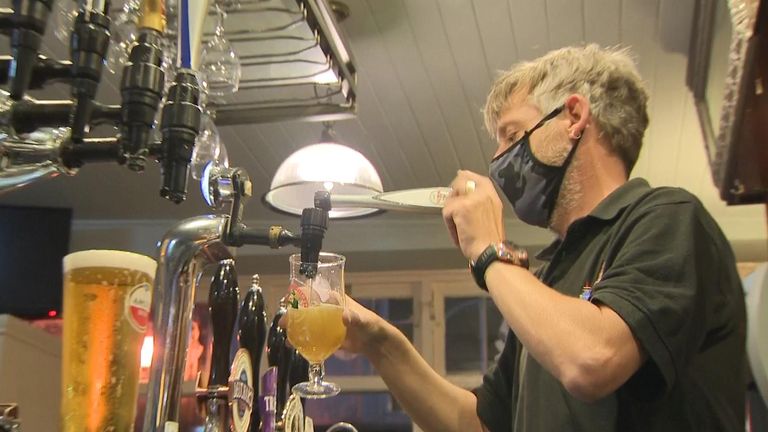 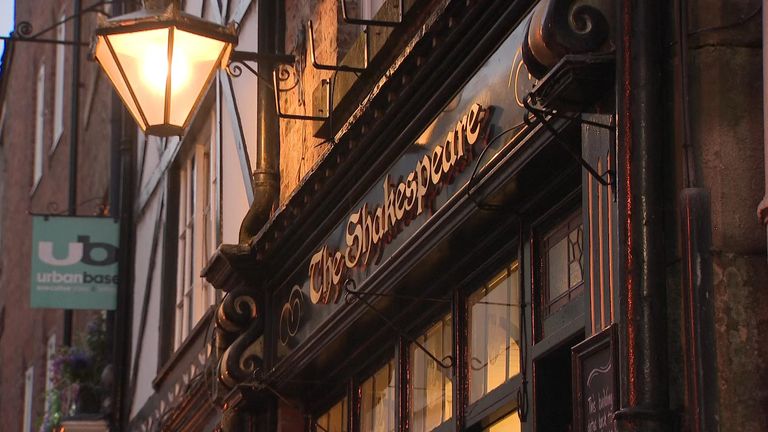 Paul Phillips, wearing the obligatory mask, and pulling the occasional pint under a No Drinking At The Bar sign, says he has had two shifts this week.

With the pub’s landlord fearful that another enforced closure might kill off his business, Mr Phillips fears for his job.

Across the street at Capriccios, owner Massimiliano Ferro is standing on the street looking at the sparse crowds.

His restaurant closes at 6pm now, and he tells me the £300 he’s taken all day won’t cover the wages of his four members of staff and all his other bills.

He thinks a return to a national lockdown for a few weeks would be better for everyone than what he calls half and half measures that are bleeding him dry.

As his restaurant closes and the light fades, the average age of the people on the streets plummets.

It seems like everyone over the age of 25 has gone home, one telling me as a parting shot that while she won’t be bothered if the bars are closed, it’s the students she feels sorry for. 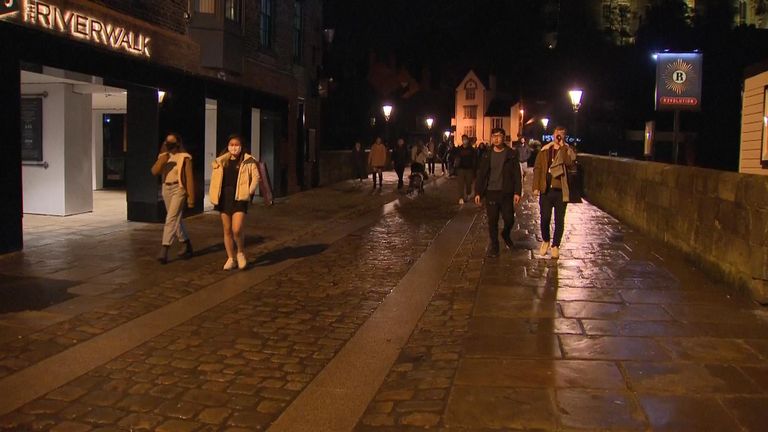 With all 800 students at two Durham University colleges told to isolate last week, their peers seem resigned to less freedom.

One told me he and his housemates will be fine with supermarket booze, while another insisted he supports closing pubs if it makes people safer.

As the evening drew on the streets got steadily quieter until the bars closed at 10 o’clock and suddenly chattering teenagers seemed to be everywhere.

Some seemed little concerned by social distancing or the rule of six or socialising only with people from your own household.

And then just as suddenly most of them were gone, leaving behind the now constant threat that pubs and bars could be forced to close again at any time.

European Parliament Elections: How the System Works and Why It Matters