Home » Europe » Coronavirus: Children forgetting how to use a knife and fork in lockdown

Children hardest hit by COVID-19 nursery and school closures are regressing in basic skills like using a knife and fork, according to Ofsted.

In a series of reports the government education watchdog says children have fallen behind with their mathematics and are struggling with literacy, while school leaders have reported a rise in older pupils self-harming or suffering from eating disorders.

“We have now entered a second national lockdown. This time, at least, schools, colleges and nurseries are to remain open. That is very good news indeed,” said Ofsted Chief Inspector Amanda Spielman.

“The impact of school closures in the summer will be felt for some time to come – and not just in terms of education, but in all the ways they impact on the lives of young people.”

The report into the effects of the pandemic is based on more than 900 visits to education and social care providers across England during September and October.

It suggests some toilet-trained children – whose parents were unable to work more flexibly in lockdown – have returned to early years settings using nappies and dummies at an older age than expected by providers.

Inspectors found children’s experiences were not necessarily determined by privilege or deprivation. Rather, those children who are coping well have good support structures around them.

PR consultant Gemma Birbeck says she’s had to teach her 11 year-old son Lewis how to make friends again. “My son was cut off from people for so long and it affected his ability to socialise. We had to explain to him the way to talk to new people and form friendships.

“The problem is, they are only allowed to socialise within their bubbles so if he doesn’t find friends with similar personalities he’s at risk of loneliness, or worse bullying.”

The Ofsted report also highlights that school leaders are concerned about their budgets as covering for staff absences are pushing up costs. 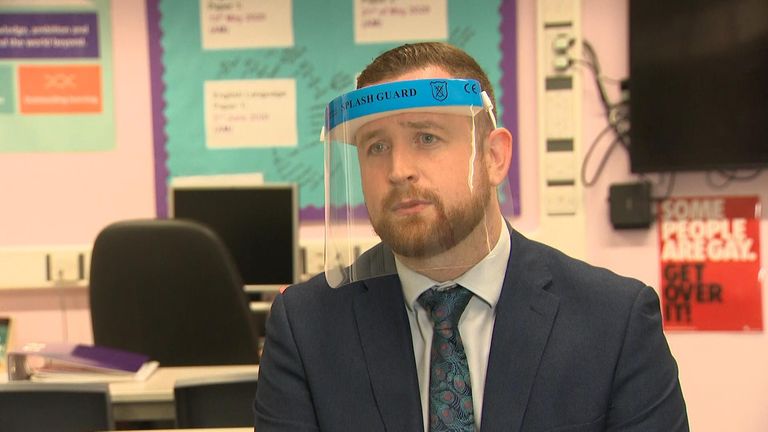 “It has undoubtedly been a challenge with regards to trying to cover those absent colleagues. And there is an associated cost, of course that’s associated with that,” he told Sky News.

A Department for Education spokeswoman said: “We know that some children do need additional support to catch up as a result of the pandemic, which is why we launched a £1 billion COVID catch-up fund for schools to support those children who need it.”

The latest report from Ofsted suggests around half of schools visited by inspectors last month have now seen an increase in home schooling, which heads say has been motivated by families’ anxieties about COVID-19 rather than because educating at home had gone well during the first lockdown.

Man pushes boy in front of train in Germany, killing him

Bannon tells French far right 'history is on our side'

Young Thais have nothing more to lose, says protest leader

Morning Briefing: Top stories from The Straits Times on Nov 25
We and our partners use cookies on this site to improve our service, perform analytics, personalize advertising, measure advertising performance, and remember website preferences.Ok