Home » Europe » Coronavirus: Confusion over ‘COVID marshals’ who will have no power to fine or arrest

Many police officers are “absolutely baffled” about the role and powers of the government’s new “COVID-19 marshals”, according to a senior policing representative.

Ken Marsh, chairman of the Metropolitan Police Federation, said the marshals would make little difference if they were not able to enforce coronavirus laws.

Sky News has been told that there are no plans to give the marshals power to arrest those not complying with stricter rules around social gatherings. 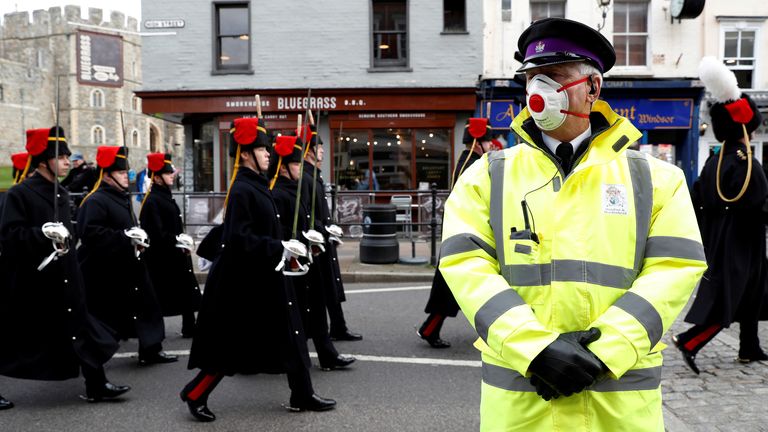 The prime minister announced on Wednesday that the marshals would “boost the local enforcement capacity” as he set out new laws to restrict most types of gatherings to groups of six.

But the Ministry for Housing, Communities and Local Government has now confirmed there are no plans to give the marshals power to issue fines.

A spokeswoman said they would probably wear high-visibility clothing to support members of the public, offering guidance on the new rules around the size of social gatherings and advice on the likes of COVID-secure one-way systems.

Many local authorities already employ street or neighbourhood wardens to patrol areas prone to high levels of anti-social behaviour, with some councils now re-tasking them with extra responsibilities around COVID-19.

The prime minister wants all local authorities to adopt the same approach.

But for now at least, the new marshals will only be able to give advice and guidance.