Home » Europe » Coronavirus hotspots MAPPED: Could these areas be next for lockdown?

The new interactive map tool, created by experts at Imperial College London, reveals the local authorities in England and Wales where cases are rising. The creators of the map use data coming from daily reported cases and weekly reported deaths, as well as mathematical modelling, to report the likelihood that a local authority could have a spike in cases the following week.

The map suggests Breckland in Norfolk will be one high-risk area in less than two weeks.

All of the other hotspots are located in the north of England.

Cities like Bolton, Greater Manchester, Rossendale in Lancashire, and Leeds in West Yorkshire could be the next virus hotspots.

South Tyneside in Tyne and Wear, and Pendle in Lancashire – already flagged as current hotspots – also show a high probability of staying on the list in the next few weeks. 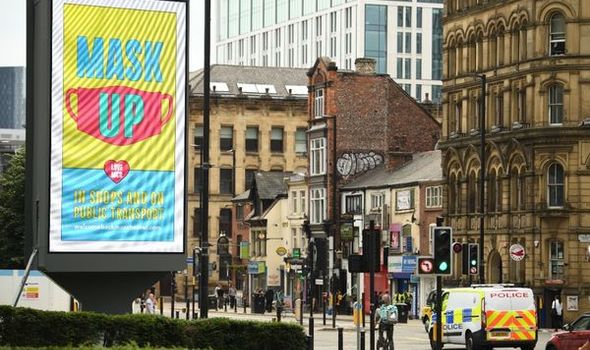 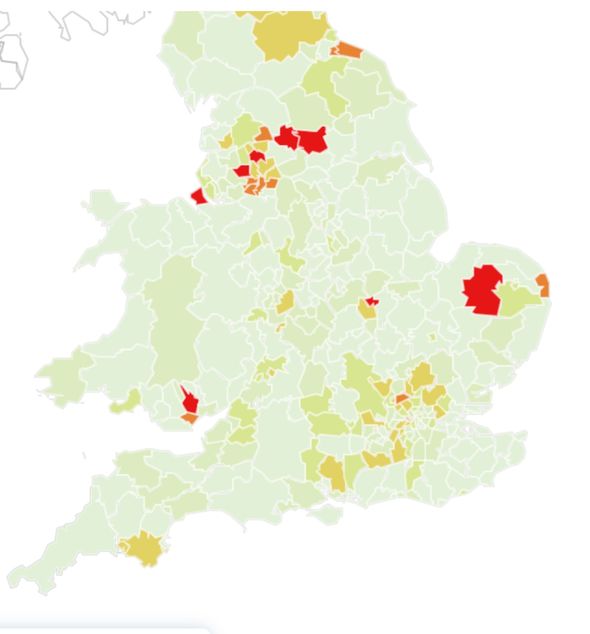 The team at Imperial College London define a hotspot as a local authority where there are more than 50 cases of coronavirus per 100,000 people in any given week.

The predictions do not take into account any potential changes, such as lockdowns and school closures, in a local authority past those already taken a week before the end of observations.

Researchers also note an increase in cases within a local authority can be down to an increased rate of testing.

The model does not currently account for this circumstance. 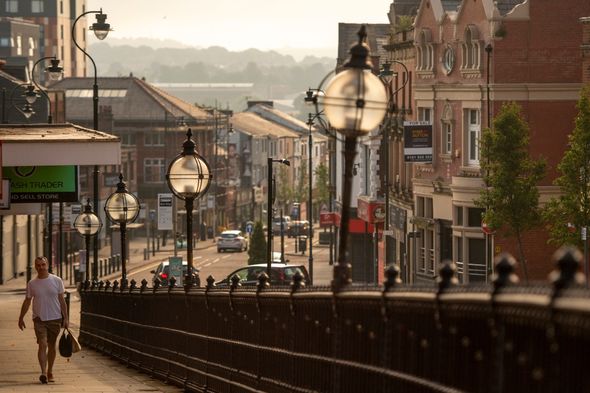 The map also assumes all individuals within each area are equally likely to be infected.

This means that demographic factors, such as the age structure of the local population, is not taken into account.

In addition, it shows estimates for each on whether cases are likely to be increasing and decreasing, as well as the probability of the R rate being higher than one.

The R number indicates the number of people each infected individual will pass the virus onto. 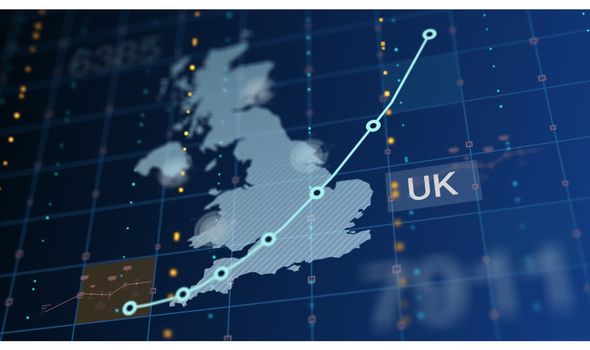 If the number is higher than one, it means the outbreak is not under control and cases will continue to rise.

The tool suggests there is a 100 percent probability the R number is above one in South Tyneside and the Wirral.

It also shows Oldham as an ongoing hotspot.

However, recently reported case numbers in Oldham have decreased, so the model suggests it is unlikely to be of concern next week, while the probability of the R rate being more than one is down to 12 percent.

To compare, recently reported numbers from Bolton and Corby have increased, leading the model to show a high probability of these areas maintaining their hotspot status in the next few weeks.

The likelihood of the R rate being over one in Bolton and Corby is 98 percent and 94 percent respectively.

Professor Axel Gandy, from the Department of Mathematics at ICL said: “The model allows us to protect where local hotspots of COVID-19 are likely to develop in England and Wales, based on the trends that we are seeing in those areas.

“COVID-19 is, unfortunately, very much still with us, but we hope this will be a useful tool for local and national governments trying to bring hotspots under control.”