Home » Europe » Coronavirus is in retreat as R rate drops again to between 0.7 and 1 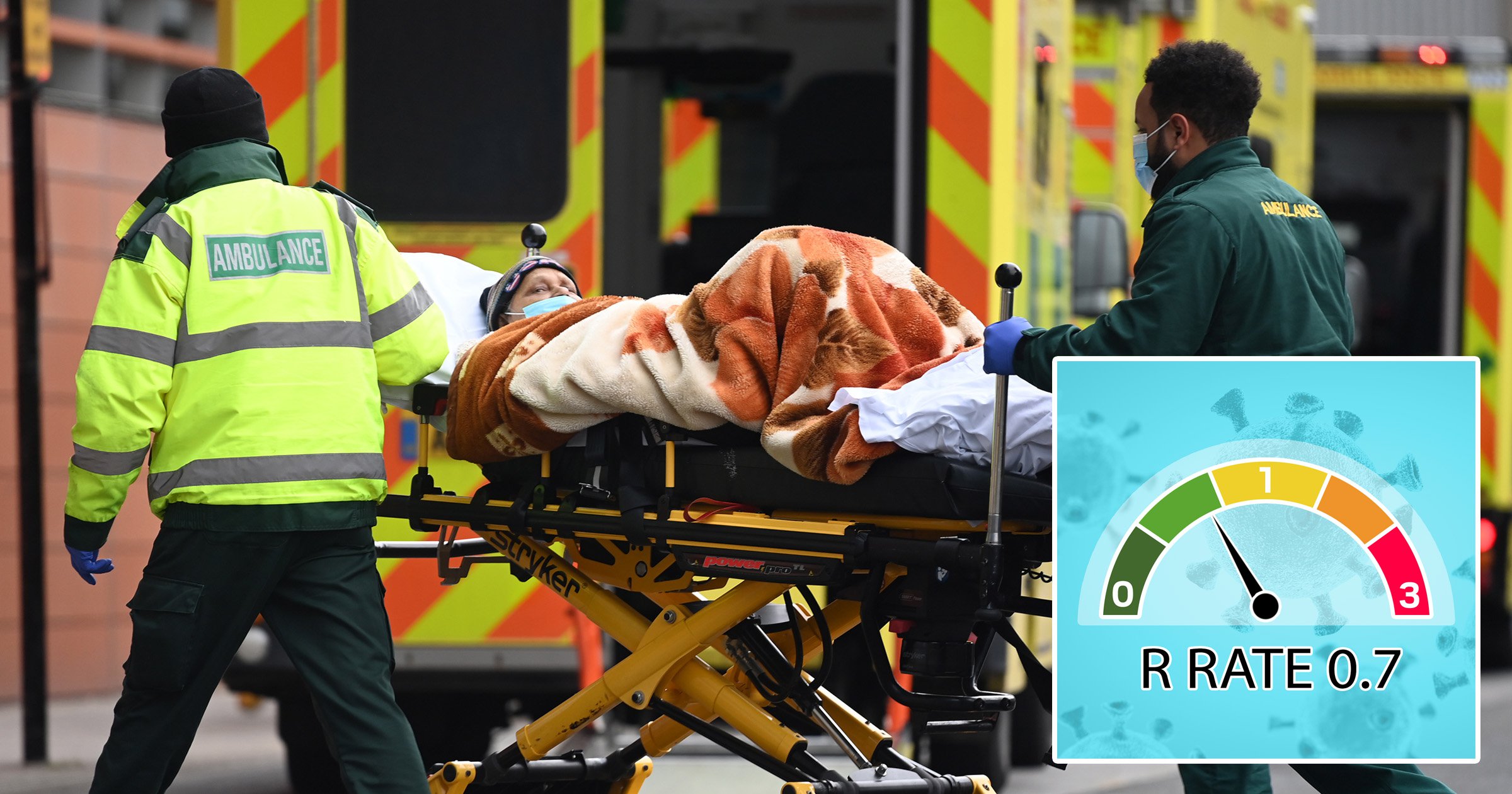 The R rate, measuring coronavirus transmission across the UK, has dropped slightly once again.

Government figures suggest it is now 0.7 to 1, meaning that, on average, every 10 people infected will pass the virus to between seven and 10 people.

Last week’s estimate put the R-number at a range of 0.7 and 1.1, down from 0.8 to 1 the week before, suggesting lockdown measures have been making a difference.

In a statement, the Department of Health said: ‘These estimates mean we are now confident the epidemic is shrinking across England, though it remains important that everyone continues to stay at home in order to keep the R value down.’

What is even more encouraging, is that the max range of the R number estimates are only as high as 1 in two regions of England.

The rate thought to be between 0.6 and 0.8 in London – the lowest in the country – meaning every 10 people with Covid-19 will go on to infect between six and eight on average.

Meanwhile the growth rate, indicating how quickly the outbreak is either growing or shrinking, is now at between -5% to -2% per day.

Estimates are based on infections over the past few weeks due to the time delay between someone being infected, developing systems and getting tested.

It follows reports that the Government could start allowing socialising and playing sports outdoors again once pupils return to classrooms on March 8.

Under ‘tentative’ plans drawn up by ministers, outdoor markets are likely to open before non-essential shops and al fresco dining will most likely be allowed before restaurants can serve customers indoors again.

With the second wave now subsiding, Boris Johnson has been under pressure from some of his own MPs to set out how and when the lockdown will be lifted.

The Covid Recovery Group of 70 lockdown-sceptic Tory MPs have called on Downing Street to ‘get rid of restrictions completely’ once all over 50s have had at least one dose of the vaccine, which could be potentially be by the end of May.

No 10 haven’t quite committed to that, but a Whitehall source told the Daily Mail: ‘If the vaccine programme goes the way we think it will go, then you will start to see quite a quick return to normal in April and May.’

Meghan Markle baby name: When will the royals announce name of new baby?