Approximately 70 Britons will be boarding the flight after leaving the quarantined Diamond Princess cruise ship, which was docked off the coast of Yokohama. But four British citizens are to be left behind as they have tested positive for the coronavirus. Rather than being transported back to the UK on a separate flight and able to receive treatment in Britain, they will be forced to stay in hospital abroad.

The measure has been put into place to stop the deadly disease being transported to the UK.

The plane is to land in the Boscombe Down Ministry of Defence base near Salisbury, Wiltshire.

Passengers will then be bussed to Arrowe Park hospital on Wirral for a further quarantine period.

The news comes amidst claims that infection control on the ship was so poor that it ended up helping the virus spread, rather than preventing it.

Alan Steele, a British honeymooner aboard the Diamond Princess, has branded the ship’s quarantine process “a joke”.

He said: “The quarantine process was a joke, an utter joke.

“I think there was a terrific rise in numbers because they had people just wandering all around the ship going from cabin to cabin to cabin.

“So if they caught it in one cabin, then they’re just spreading it to everyone else, aren’t they?” 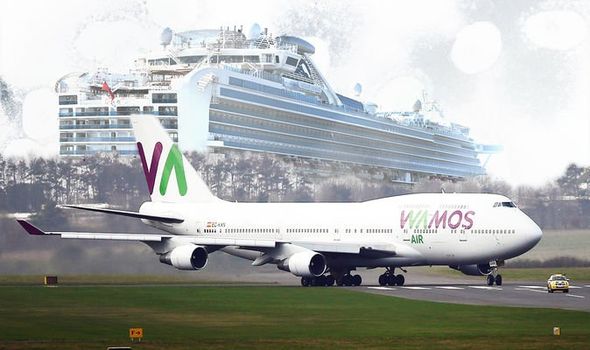 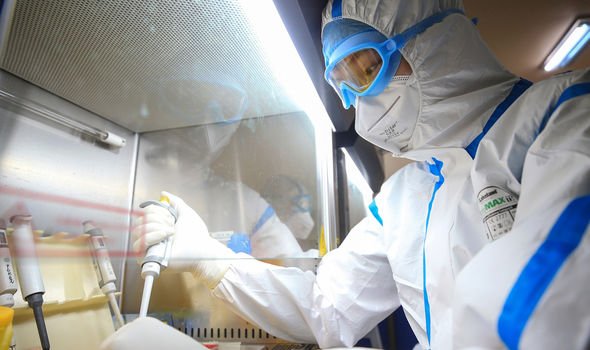 A group of citizens from Hong Kong have set up a face mask factory in response to panic buying in the midst of the coronavirus.

The leader of the group goes only by the name of Tang, out of fear he could be perceived as critical of the response of the Chinese government.

He said: “I got angry looking for masks, they’re either all sold out, or the masks that are from overseas are sold at an inflated price.

“So I thought, making a mask isn’t that hard, just some fabric sewn together, how about I make my own factory?”

Tang, and those who have offered him financial support, imported in a machine from India – costing them $150,000 for the privilege.

The machine makes 100,000 masks a day and Tang hopes to have eight machines running by April.

They are to be sold for HK$1 each, as opposed to some sellers who are charging HK$10, although some pharmacists are handing out masks for free.