Thousands have already taken to the streets to protest against China’s proposed national security laws over fears it will trample on Hong Kong’s rights and freedoms. Former Scottish Tory leader Ruth Davidson warned the legislation, which aims to tackle secession, subversion and terrorist activities, “drives a cart and horses through international law”. She said Beijing would be “delighted” protests against the new extradition law have received “less prominence” due to a focus on the coronavirus outbreak.

“This week, the Communist Party of China submitted a draft resolution to its parliament. So far, so procedural. But the resolution seeks to impose a new national security law on the City of Hong Kong and the parliament – only ever a rubber stamping exercise – is sure to pass it.

“This week’s power play by China – while the world’s attention was elsewhere – drives a cart and horses through international law. It makes a mockery of the ‘One Country, Two Systems’ promises made to the people of Hong Kong as handover occurred.”

Thousands poured onto the streets of Hong Kong on Sunday in a mass protest against the laws. 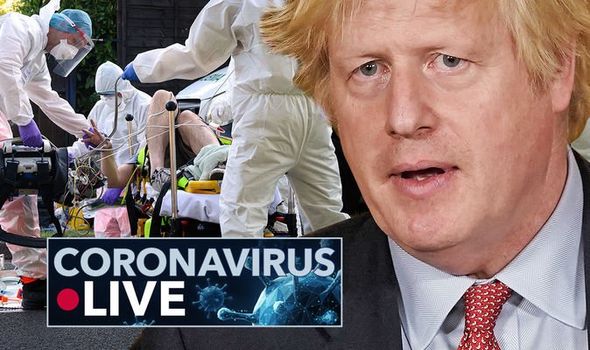 It was the first major protest since pro-democracy demonstrations rocked Hong Kong last year over an unsuccessful plan to introduce an extradition law with China.

The unrest plunged the former British colony into its worst crisis since its return to Chinese rule in 1997.

More protests are expected in Hong Kong on Wednesday, against both national security laws and a bill due for a second reading in the city’s legislature that would criminalise abuse of China’s national anthem.

Ms Davidson added: “China will be delighted, however, that a world media buried deep in COVID coverage, has left such a move off the front pages and afforded it much less prominence than protests last year in response to new extradition law.

“But this is a far more egregious act and demands a swift and united response.”