The North has been hit hardest by the coronavirus crisis, increasing regional inequalities across England, a study has found.

Infection rates have been consistently higher in northern England, with areas such as Liverpool, Manchester and Lancashire living under stricter COVID-19 restrictions long before England’s second national lockdown.

But a new report carried out by the Northern Health Science Alliance claims the coronavirus mortality rate has been far worse in the North than elsewhere.

It said 57.7 more people per 100,000 died across northern regions between March and July.

The economic cost of that increased mortality is estimated to be at around £6.86bn a year, with the regional burden on mental health set to be around £5bn annually.

Data suggests that parts of the North had not recovered fast enough from the first wave of the UK outbreak when lockdown was lifted in July.

This combined with poorer quality housing and a spread of the virus from young to old people in university cities and intergenerational households resulted in a spike in cases from September. 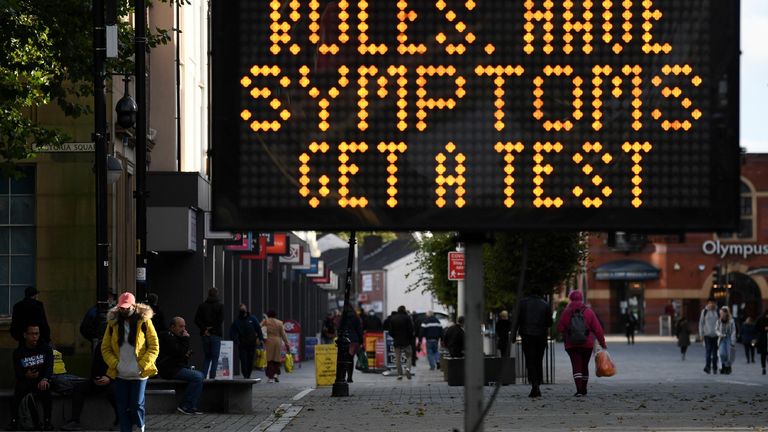 Government chief scientific officer Professor Jonathan Van Tam said at the time that “disease levels in the North and certainly the North West never dropped as far in the summer as they did in the South”.

Scientists from the universities of Newcastle, Manchester, York and Liverpool who worked on the study said that disparities in poverty levels, education and employment have all been increased by those high levels of the virus.

Clare Bambra, professor of public health at Newcastle University, said: “Our report highlights that we are not all in the pandemic together with the northern regions being hardest hit.

“Health and wealth in the northern powerhouse lagged behind the rest of the country even before the COVID pandemic, and over the last year our significant regional inequalities have been exacerbated.”

Hannah Davies, of the Northern Health Science Alliance, also commented: “Health inequalities between the North and the rest of England have been growing for over a decade.

“This report demonstrates the impact that has had on the productivity of the region and how it has led COVID-19 to take a devastating grip on the North.”