Prince Andrew has made a rare public appearance as he was pictured packing gift bags for a hospice during the coronavirus crisis.

The Duke of York, 60, has hardly been seen since stepping back from public life over his connections to convicted sex offender Jeffrey Epstein.

In a widely criticised TV interview, he was accused of being “utterly lacking in compassion” for the victims of Epstein, who killed himself last year. 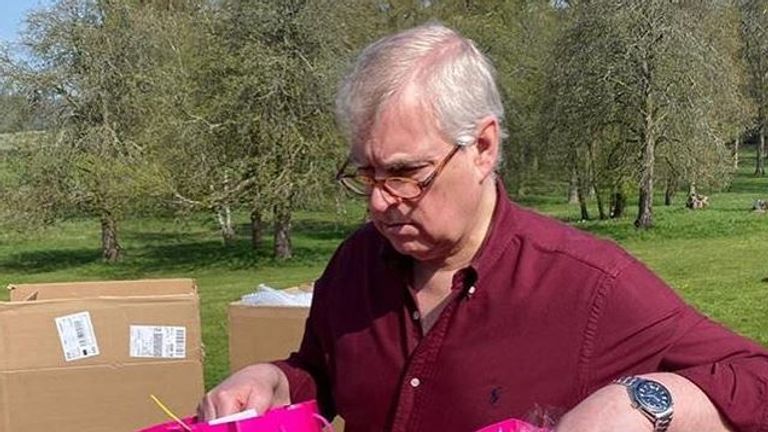 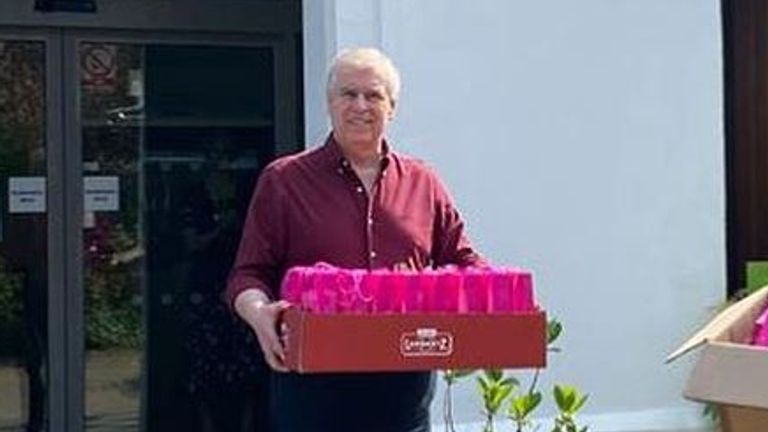 Andrew was pictured with his ex-wife the Duchess of York putting cupcakes into gift bags and delivering them to the Thames Hospice in Windsor.

The series of images were posted by Sarah Ferguson’s assistant Antonia Marshall on Instagram.

Ms Marshall said the York family were a “wonderful and steadfast unit and through (the coronavirus) crisis are continuously helping others”.

She added: “So proud of them all…”

It was one of the first times the duke has been spotted in public following his disastrous interview last year.

The prince was previously seen with the Queen attending a church service near Sandringham back in January.

He also joined the Royal Family for a service on Christmas Day. 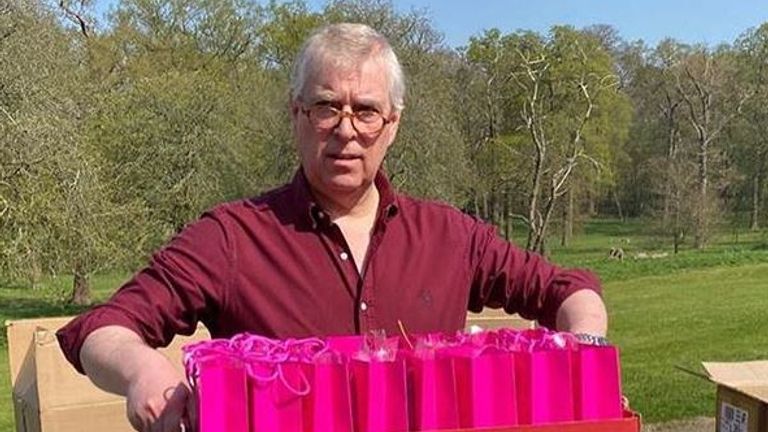 Virginia Roberts Giuffre, who claims she was trafficked by Epstein, alleges the duke had sex with her.

Andrew strenuously denies the allegations and has faced calls to talk to the FBI and US prosecutors who are still investigating Epstein.

Christmas Guide: Present ideas for children of all ages