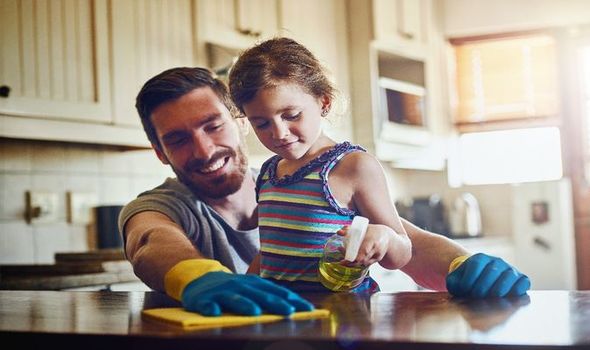 “We are living in a whole different world now,” she told the Sunday Express exclusively, “and I think we need to take responsibility individually and collectively.

“We need to really work together, and help each other so we can manage this virus and the peak of it.

MacKenzie, 64, once partnered Kim Woodburn in the hugely successful Channel 4 show, How Clean Is Your House? which brought them stardom, including an interview on the Oprah Winfrey show in America.

“She didn’t speak to either of us, before or after the show, but she was perfectly pleasant,” she revealed. “It was tightly controlled.”

The presenter has a new special, How To Deep Clean Your House, which was commissioned before the Corona bug took hold but seem now to have even more relevance, she says.

“It’s time to declutter and deep clean. It’s the perfect time with many people at home.

“The thing about corona is that is a big wake-up call. We all know for instance that your remote control is teeming with bacteria. But because it’s invisible, it’s easy to ignore.

“Although we’re not concentrating particularly on the coronavirus, we’re talking about being more careful and we do need to deep clean our house every now and then because there are harmful organisms at bay. 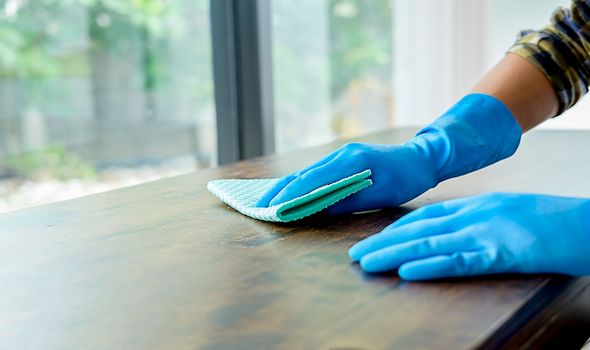 “It’s back to basics really.”

Many people, she says, are still complacent about hygiene in the house.

“It’s hard to generalise, but many of us are lazy. People are time poor so they skim surfaces and don’t really clean as thoroughly as we probably should do and, as we’re at home more now, it’s time to look around and see what you can do to improve your home.”

MacKenzie’s cleaning bug was inspired by her mother.

“I was brought up by a mother who was a cleanliness obsessive so we had it drilled into us from an early age.

“It didn’t really enjoy it much then, but when I was at Good Housekeeping I used to always enjoy what we called the ‘Stains’ issue.

“I just picked it up then realised I had this whole bank of information about it.”

MacKenzie, divorced since 2010, lives alone and is “keeping well”.

She has two grown-up sons, Ewan and Rory.

She still gets recognised. “Someone came up to me recently and said, ‘Didn’t you teach in my school?’ It’s quite funny really.”

1) Remote control – clean it with a micro-fibre which will take away all the bacteria. They’re genius. The cloth is “charged” and acts as a magnet for germs. It doesn’t actually kill them. It removes them from the surface.

2) Top of kitchen cupboards – to cut down on cleaning place newspaper sheets there to absorb germs and replace them every couple of months. It’s grim up there.

3) Oven racks – they get battered by grease and grime. Forget oven cleaners. A quick way is to use common sandpaper up and down the rungs.

4) Kitchen taps – attack lime scale, which attracts bacteria, and use kitchen rolls soaked in vinegar and wrapped them around it overnight.

5) Loo handles – so many germs here. Use a fibre cloth on this and use regularly.

How To Deep Clean Your House, now available on My5

‘What a stressful year!’ Prince Andrew case a ‘terrible headache’ for Queen

Camilla holds Jordanian baby girl she describes as ‘the future’