Bogus callers are targeting pensioners by posing as charity workers for charities such as the Red Cross or even NHS workers. The criminals are understood to be knocking on the doors of frightened OAPs and offering coronavirus tests at the cost of £100.

An elderly woman, who lives in sheltered housing in Edinburgh, described the shocking ordeal.

She told the Daily Record: “They were quick when they mentioned the name of their charity so I couldn’t catch it.

“I asked them what they wanted and they said they were offering tests to pensioners who were at high risk of catching the virus. 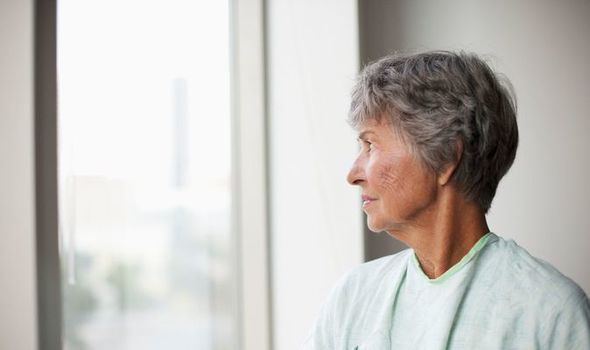 “I might be old but I’m not stupid and knew that nobody was getting tested or that anyone would come to your door like that. I told them to go away but some people might fall for it.

“They weren’t aggressive but there was a menace about them. It’s terrible that some people will use an awful situation like this to make money. What good is money going to be to them when they are sick?

“I’ve no doubt if I let them inside my house, they would have robbed me or worse.”

Cases have been reported in Scotland’s Edinburgh and East Dunbartonshire and the London borough of Ealing.

East Dunbartonshire Council said: “We’re aware of coverage on social media about criminals masquerading as being from the Red Cross and offering coronavirus tests.

“The Red Cross do not participate in this activity. If you are contacted by someone claiming to be from the Red Cross, ask to see identification and if you have any concerns, contact the police.”

The Red Cross and NHS said it is not conducting door to door coronavirus tests in the UK.

As the coronavirus outbreak sweeps across the world, governments, companies and investors are grappling with the biggest public health crisis since the 1918 influenza pandemic, panicked populations and imploding financial markets.

After ordering the closure of schools across the UK, Prime Minister Boris Johnson said the government was ruling nothing out when asked whether he would bring in measures to lock down London.

Mr Johnson has asked the government to come up with plans for a so-called lockdown which would see businesses closed, transport services reduced, gatherings limited and more stringent controls imposed on the population of one of Europe’s richest city.

Britain has so far reported 104 deaths from coronavirus and 2,626 confirmed cases, but UK scientific advisers say more than 50,000 people might have already been infected.