Joe Anderson, Mayor of Liverpool since 2012, took to Twitter to hit out at last night’s street parties in the city. Footage online showed the young ravers surrounding a police car, with reports saying they attacked the vehicle. It came as Liverpool became the first region in the UK to agree to enter tier three coronavirus restrictions, which see pubs and bars forced to close and household mixing banned. Prime Minister Boris Johnson introduced the nationwide three-tier system yesterday to combat the UK’s rapidly rising cases and deaths.

Mr Anderson was responding to a Liverpool Echo story showing party-goers blocking the streets of the city.

One video, taken from a nearby flat, shows the crowds booing at a police car as it moves into the square, before throwing drinks at the vehicle and banging on the windows.

Merseyside Police said officers were sent to the street to disperse the large crowd safely, and added no arrests were made and no vehicles were damaged. 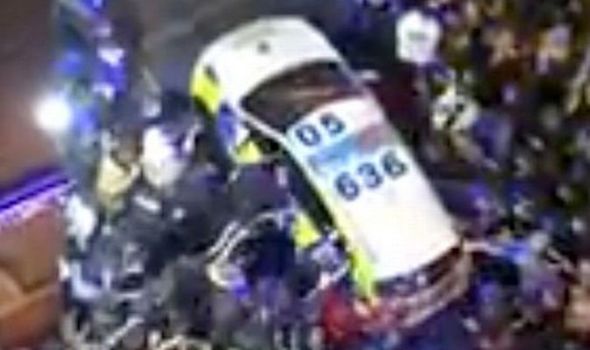 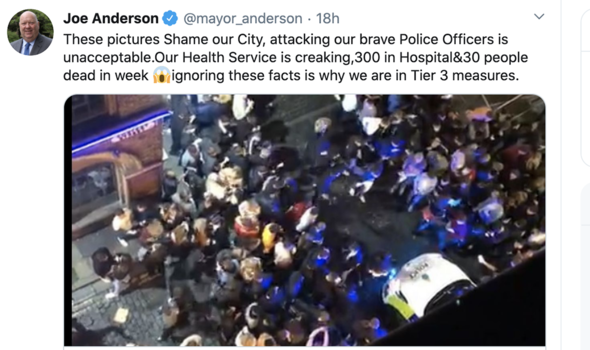 The mayor lashed out the ravers who flooded Liverpool’s streets last night in defiance of new restrictions.


He said on Twitter: “These pictures shame our city, attacking our brave police officers is unacceptable.


“Ignoring these facts is why we are in Tier 3 measures.” 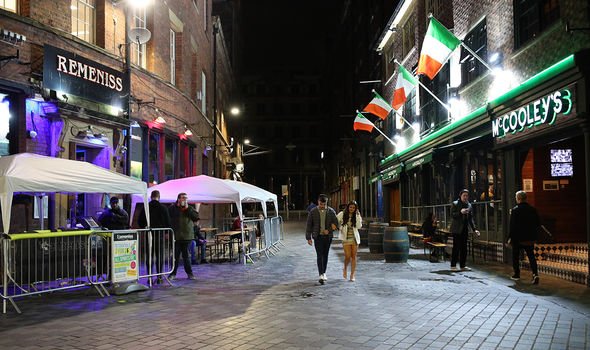 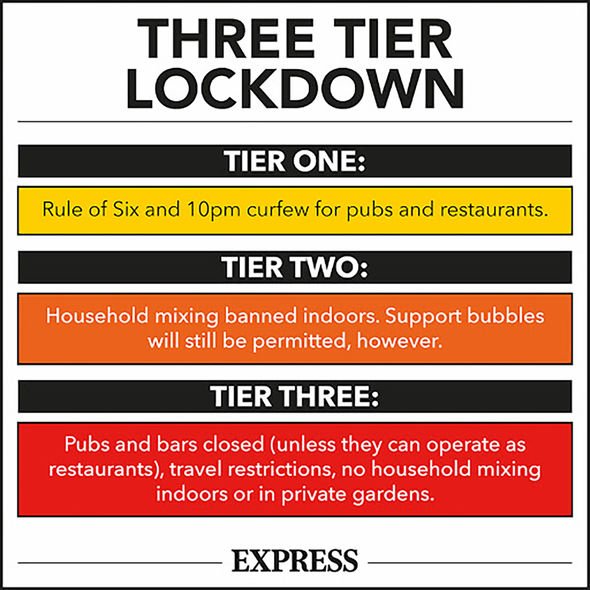 Speaking to the Echo, the person who filmed the attack, who wished to remain anonymous, said it was “one of the most horrible sights that I’ve witnessed”.


They added: “This event had a particularly big impact on me because it made clear that this second lockdown that Liverpool will find itself in from tomorrow will have the potential to unleash a very dangerous wave of riots and uprising of people that don’t believe in coronavirus restrictions. This video might just be the start.”


Liverpool intensive care workers added they were “disgusted” by the street parties, with one telling Sky News: “They don’t care that people are dying from this disease, it is heartbreaking to watch.”


Another added to the broadcaster: “We are running at 100% capacity. Our emergency departments are overcrowded.


“No social distancing possible. I am dreading we are heading towards a disaster.”

Downing Street also hit out at the coronavirus flouters, with Mr Johnson’s spokesman condemning the scenes.


He said: “In terms of what were the actions of a minority of people, I think you would have to judge it as irresponsible in the sense that we shouldn’t be doing anything that risks putting others in danger of catching the virus.”


Mr Johnson also praised Liverpool for agreeing to enter the toughest restrictions possible to get on top of the rise in coronavirus cases yesterday.


He said in the House of Commons third tier measures will succeed in driving down cases with co-operation from local leaders “as indeed we have seen from the leader of Liverpool City Region, and I pay tribute to him and I thank him for what he is doing”. 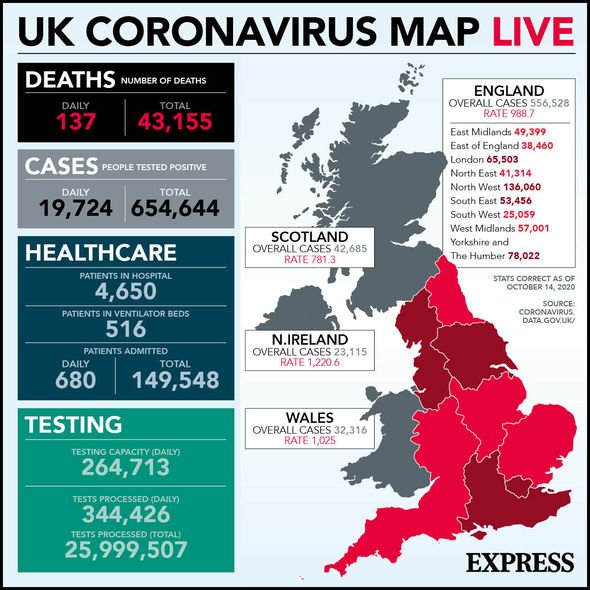 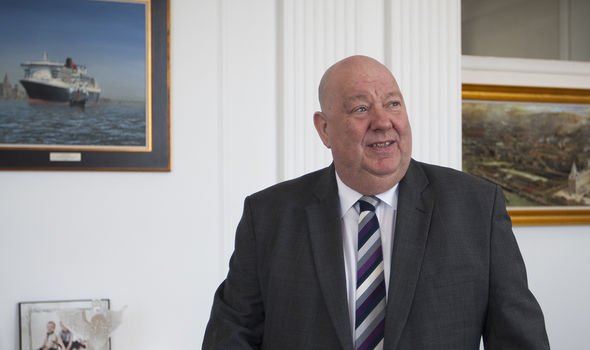 Coronavirus cases in the UK yesterday rose by a further 19,724, along with 137 new deaths.


The new figures make for a total of 657,459 cases and 43,245 deaths according to the Government’s official statistics.


Liverpool City Council data showed the total number of confirmed cases for the week ending October 11th is 3282, an increase of 391 cases on the previous week.


Mr Anderson has proposed an extended two week half term to slow coronavirus spread in schools.