A further 25,177 people have tested positive for COVID-19 in the UK and another 492 have died after contracting the virus, according to the latest government data.

The new statistics, reported on Wednesday, bring the UK total to 47,742 deaths and is the highest daily figure since May 19, when 500 were reported.

This is an increase of 95 deaths from the figures reported on Tuesday.

Deaths exceeded 300 on three days in the past week.

The latest figures come as MPs officially gave their backing to a new four-week lockdown for England, after Boris Johnson warned of an “existential threat” to the NHS without action to curb the spread of the disease.

From Thursday, pubs, restaurants and non-essential shops will again be forced to close their doors after the Commons voted by 516 to 38 – a Government majority of 478 – for the new restrictions.

Just before the Commons vote, NHS England announced it is moving to its highest alert level from midnight tonight, Wednesday.

The health service’s chief executive, Sir Simon Stevens, said the move to level four was in response to a “serious situation ahead” amid a rise in coronavirus patients needing intensive care.

Boris Johnson also warned today of deaths “on a grievous scale” without further action to stem the spread of coronavirus infections ahead of England’s lockdown from Thursday.

In other COVID news, the director of the Oxford vaccine trial has said there is a “small chance” a jab will be ready before Christmas. 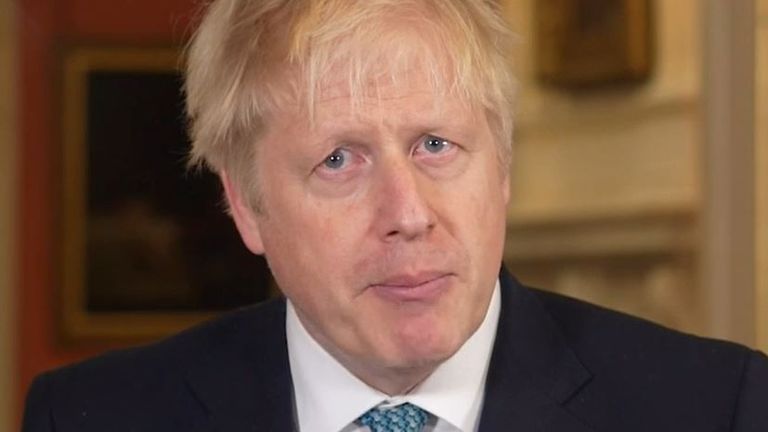 Vaccine trial chief investigator Andrew Pollard told the Science and Technology Committee he is “optimistic” at the prospect, but said: “There is a small chance of that being possible but I just don’t know.

“Our trials are only one of many that are going on around the world, a number of which may well report before the end of
the year.”

A coronavirus vaccine has not yet been approved and it will need to go through regulators to confirm it is safe and effective before it can be offered to the public.