Liverpool, Leeds and Manchester face mass redundancies and “boarded-up high streets” amid a collapse of the hospitality sector unless coronavirus restrictions are reviewed, the cities’ leaders have warned the government.

A letter to Health Secretary Matt Hancock and Business Secretary Alok Sharma from the leaders and chief executives of the three city councils said restrictions in place in the regions were threatening a “huge, disproportionate” economic impact.

They said hotel occupancy was down to 30% and footfall had dropped by up to 70%.

In the letter, they said: “The stark reality is that these businesses are facing the prospect of a complete decimation in trade, not just in the short term but as we look ahead to the sector’s traditional lifeblood of the Christmas period and almost certainly continuing into spring/summer of next year which we know with certainty will result in mass market failure, huge levels of redundancies and depleted and boarded up high streets.”

They said coronavirus guidance in place in the cities that advises people not to mix with other households was “unenforceable” as well as being “contradictory and confusing”.

And they urged ministers to make the advice law, and compensate businesses with a package of support – or allow mixing within the “rule of six” in controlled environments.

A law banning the mixing of households in public spaces – including pubs and restaurants – was announced for parts of northeast England on Monday, but it remains advice rather than law for other areas in the North.

Leaders of the cities also called for the government to review the 10pm curfew and discuss concerns with local authorities and businesses in advance. 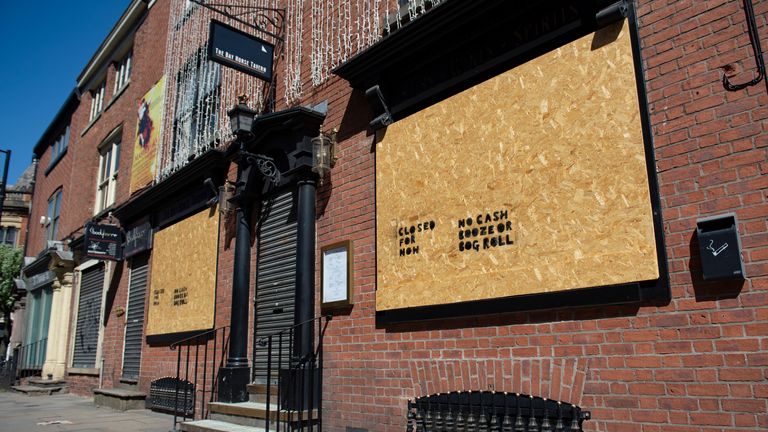 Mayor of Liverpool Joe Anderson said: “We need to find a way to adjust the restrictions to ensure a balance in protecting public health and the need to protect businesses, many of which are teetering on the brink.

“Liverpool is a city which has built its revival on the leisure and hospitality sectors and it is a massive contributor not just to employment but also to business rates which fund vital local services.

“The vast majority of our businesses have responded in the right way, investing heavily in providing safe, compliant environments and a place for people to enjoy themselves safely.

“The inspections we have carried out show a very high level of compliance.

“People in restaurants are in COVID-safe environments with high levels of sanitisation and appropriate spacing.

“Forcing people to leave at 10pm runs the risk that they then go on together to a house in a large group which does not have the same measures in place.