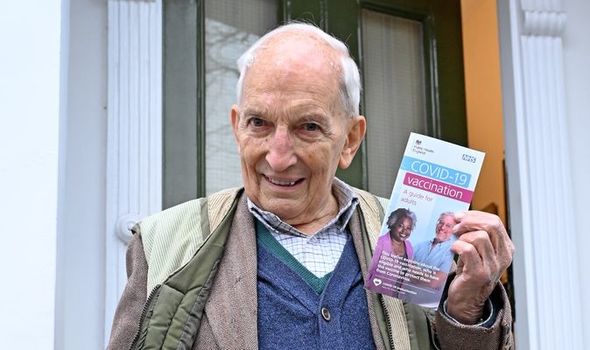 The grandfather of two, 91, said yesterday that he was “very glad” to have received the jabs at Guy’s Hospital and was looking forward to embracing his daughters and grandchildren, Leo, seven and Molly, 10. He said: “In retrospect, I’m very glad I’ve had it done and I would persuade anybody to do just the same. It’s very, very harmless and a painless exercise.

Martin, of Stockwell, south London, said the hospital was filled with patients appearing to be getting the jab, adding: “There were lots of people there. There was a queue of people to have it done.”

He became a global hit when he received the first dose and told a CNN camera crew: “There’s no point in dying now when I’ve lived this long.”

Margaret Keenan, the grandmother who became the world’s first patient to receive the Pfizer/BioNTech vaccine outside a clinical trial, also received her second jab yesterday. 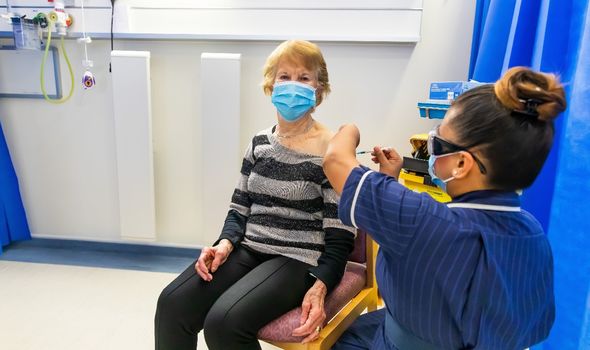 The 91-year-old grandmother had her follow-up injection at the University Hospital Coventry & Warwickshire and was at home and recovering well, the NHS Trust said.

He said: “Fantastic to see Margaret Keenan receive her second dose of the Pfizer/BioNTech-Group coronavirus vaccine. We will get through this pandemic, together.”

More than 600,000 people in the UK have received the first dose of the vaccine, Government figures showed.

Regulators are expected to give the go-ahead for the Oxford University version of the vaccine within days.

‘We can use common sense!’ Lord Sumption ‘fed up’ with being told to follow lockdown