Britain will be tipped towards a deadly second wave of COVID-19 unless the government targets the virus in deprived areas, a community leader has warned.

Zaffer Khan, the head of One Voice Blackburn, told Sky News that less affluent neighbourhoods have borne the brunt of the epidemic because they’ve been overlooked.

“When the dust settles people will realise that the government has made a disaster of this crisis and made it worse than it should have been,” he said. 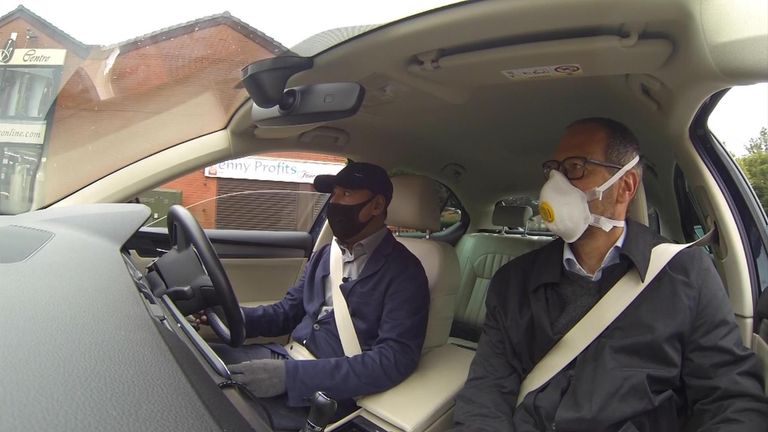 “If we have a second wave we need to learn the lessons of the first. The poorer you are the more you are affected.

“My message to government is that it needs to look after these areas or we will have greater surges in infection rates.”

Mr Khan drove Sky News around the hilly, terraced streets of north Blackburn that have been at the centre of a flare-up of the virus in recent weeks.

There can be three or even four generations living under one roof, overcrowding that not only helps the virus spread rapidly, but also puts older, more vulnerable people at risk.

“Working class boroughs, especially those with a higher concentration of BAME (Black, Asian and Minority Ethnic) communities, are often the most deprived in Blackburn and the country,” he said.

“What this pandemic has shown is those inequalities are even starker when it comes to health.”

Public health teams have so far contained the virus with intensive testing and contact tracing, as well as social restrictions where necessary.

The UK has not seen a significant jump in the proportion of tests coming back positive, unlike countries such as France and Spain, so the rise in daily confirmed cases is likely to be due to increased testing in hotspots.

Professor Tim Spector tracks the virus through the four million people who have joined the COVID symptom study. He wants more people to sign up to the Zoe app so scientists can zoom in on even smaller areas. 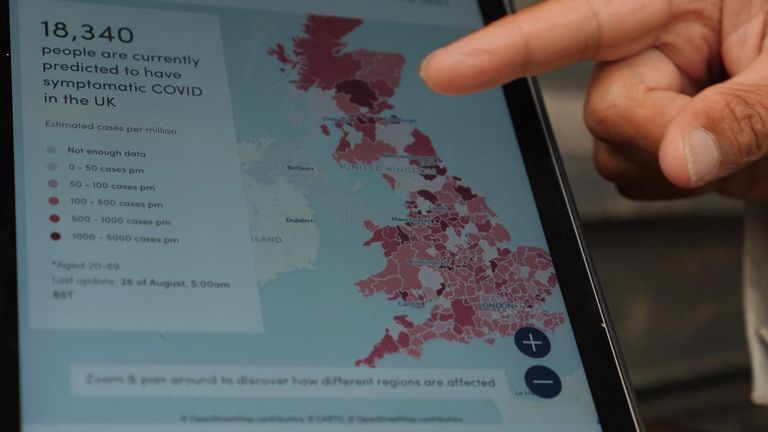 “It’s not transmitting as rapidly from these smaller outbreaks to the big cities as would have happened in April, when it just went like wildfire,” he said.

“We’re just seeing these isolated little bonfires, if you like, but they’re not connecting.

“They’re not jumping to the nearest big city and taking over. They’re staying isolated and the general rate in the general population is staying pretty low.”

The virus is also affecting a different demographic than it was just a few weeks ago.

Analysis by Sky News of Public Health England data shows that when lockdown was eased at the beginning of July people aged over 80 accounted for 10% of all new cases.

Now it’s just 5%, with a big shift towards the young. Those in their 20s and 30s now make up almost half of new infections.

The same pattern has emerged in many European countries, as well as Australia and Japan, prompting the World Health Organisation to say that the pandemic has entered a new phase.

But scientists can’t be sure that the virus won’t once again affect older people as the autumn chill drives people indoors.

That would increase hospital admissions and deaths, which have been falling through the summer.

Arpana Verma, clinical professor of public health and epidemiology at Manchester University, is optimistic that widespread testing and contact tracing will help to contain the virus.

“Now that we have very localised information, perhaps down to household spread, we can go in and provide detailed information to stop that,” she said.

“That’s where local public health teams are so invaluable. They know their communities.”

Coronavirus in YOUR town: See the interactive map showing where cases are