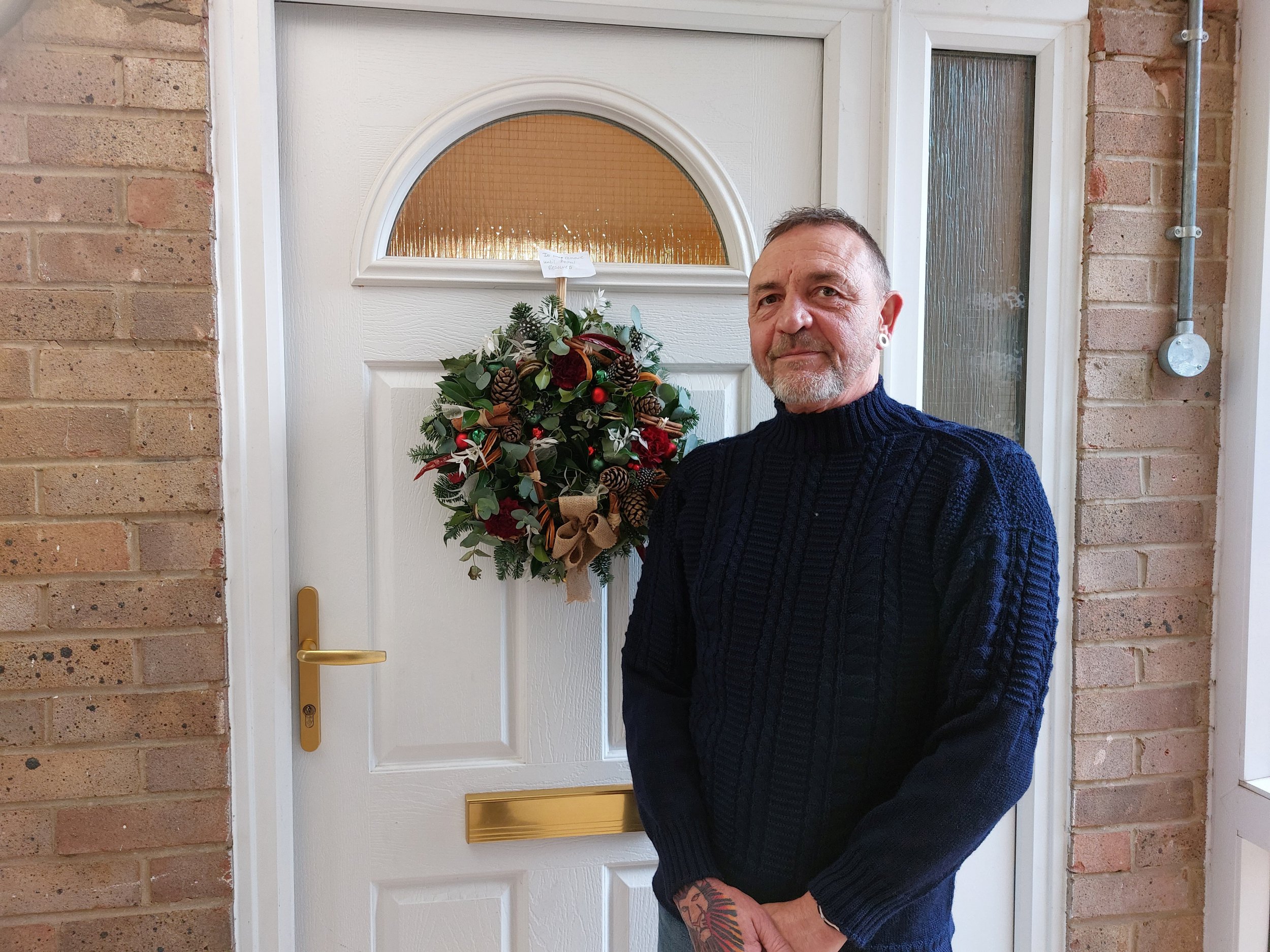 Wreaths are staple Christmas decorations for many – but one council been accused of being ‘a bunch of Scrooges’ for deeming them a fire risk.

People living in a block of flats in Whiteford Drive, Kettering, say they have been ordered to theirs down from their front doors by bosses at North Northamptonshire Council (NNC) for health and safety reasons.

Residents were greeted to a knock at the door telling them to take the wreaths down as no items are allowed to be placed in communal areas, including hallways for health and safety reasons.

But Wayne Linskey, 54, said he is defying the authority and will keep his up because they lack ‘common sense’.

‘I have not met anyone who has not just laughed when I told them,’ he said.

‘If they’ve (the council) not got better things to spend their time on and worry about then there’s too many people there.

‘They are being a bit grinchy. Where is the common sense in it? There is none really.’

The railway worker says his wreath would only catch fire if someone deliberately set it alight.

The flat owner has complained to the council and has put a paper note on the wreath telling council staff his decoration should not be removed until the appeal is resolved.

The block includes council-owned and privately-owned flats, with NNC maintaining the communal areas.

Notes with the NNC logo were placed on wreaths if people weren’t home when the council worker visited.

The note reads: ‘This area is designated as a sterile environment, to comply with this standard this item must be removed immediately.’

Ewelina Piescinska, who has lived in her flat for eight years, says she’s also defying the order.

She added: ‘We were told we must put decorations away because it’s a fire hazard.

‘I couldn’t believe it. It’s ridiculous. I told my sister and she laughed.’

Other residents have taken to social media to complain about the council’s approach, with one person saying: “Bunch of scrooges the lot of them, should we be taking our Christmas trees down too then?!”

A North Northamptonshire Council spokesman said: ‘The safety of our tenants is of the utmost importance particularly in relation to fire risk and combustible materials.

‘The flats in question contain some internal communal areas for which we have responsibility to make sure that no items are placed or stored there.

‘This would include wreaths and any other Christmas decorations in the communal area.’

‘Take what you are given!’ Camilla hits out at AstraZeneca fears and reveals she took jab

National lockdown 'could be announced in next week' as cases surge