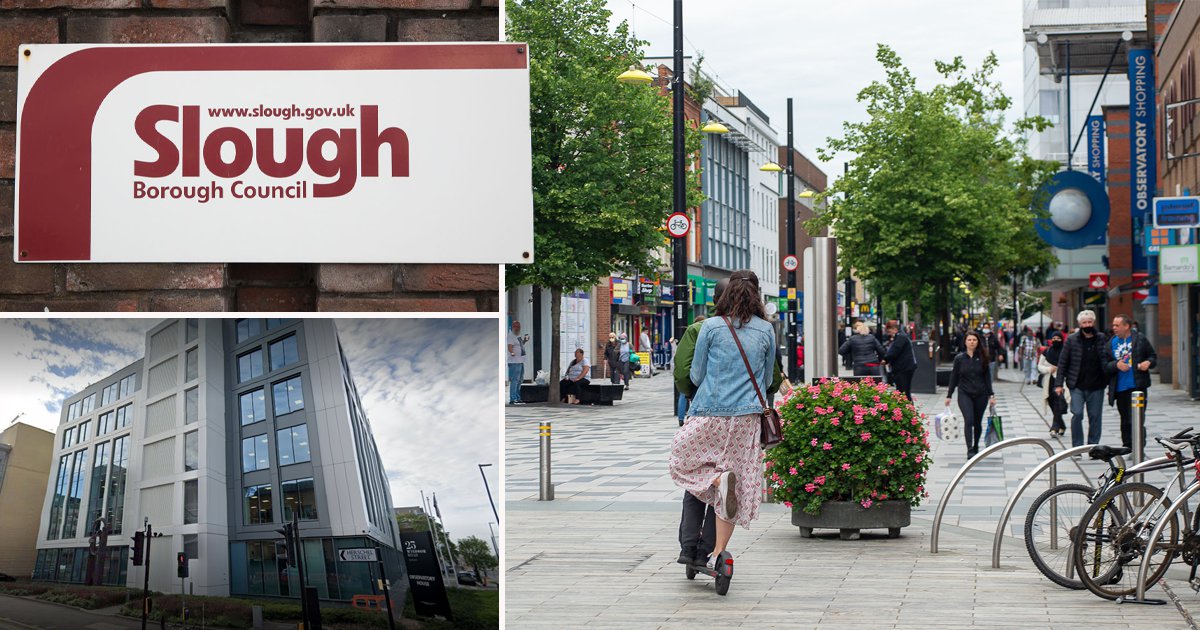 After years of financial mismanagement and accounting errors, Slough Borough Council has effectively declared itself bankrupt and has begged the Government for help.

Yesterday the local authority announced it had issued a section 114 notice, banning all non-urgent spending in an attempt to balance its books.

It is the third English local authority to become effectively insolvent in the past three years, after Northamptonshire and Croydon.

As of the end of March this year, Slough is estimated to have a deficit of £56million, which is set to rise by another £40million in 2021/22.

If things don’t change by 2025, the Labour-run council estimates their deficit will be £159million.

Slough has been under government review following two damning audit reports on their 2018/19 accounts, carried out earlier this year by Grant Thornton LLP.

The independent auditors found the authority had insufficient capacity and skills in its finance department.

At a council meeting in May, Grant Thornton’s associate director Julie Masci said general fund reserves had plummeted by more than £7.5million to just £500,000 at the end of 2018/19.

This is because the council didn’t have as much money as it thought, and the fund had to be adjusted to correct an accounting error made two years earlier that had overestimated income from Slough Urban Renewal, a joint commercial venture with the council.

While the authority says it has been hit hard financially by the Covid-19 pandemic, its chief financial officer Steven Mair said the town’s financial problems ‘have not arisen in the past few months’.

In a report, he said: ‘The approach to financial decision-making, leadership and management, processes, quality assurance and review etc that has been adopted by the council over a number of years was not robust and consequently highly detrimental to the council.’

Had some of the problems been known at the time, Mr Mair says the town could have been technically insolvent as early as 2019, if it was unable to set a legally balanced budget.

The authority has borrowed £580million since 2016, and now needs to service these loans despite overestimating its financial capabilities.

Slough approached the Ministry of Housing, Communities and Local Government in December asking for approval to spend £15million of capital loans to cover day-to-day costs.

But as more financial issues came to light since March, the section 114 report says this wouldn’t be enough.

The council has also asked the government for a capitalisation directive of up to £15.2 million, providing more flexibility to use capital funds to plug a £10 million gap in its budget.

This was caused by two one-off payments, including settling debts with a business in the town, which was owed millions in business rates since 2010.

The request is also intended to help pay for the debt incurred when Slough Children’s Services Trust merged with the council.

Opposition Conservative group leader, Councillor Wayne Strutton, said the town’s predicament was ‘a consequence of years of financial negligence and over-ambition by the Labour administration. It is time that those responsible for this financial catastrophe are held accountable.’

Murder investigation as man, 22, dies two years after being shot in head in north London