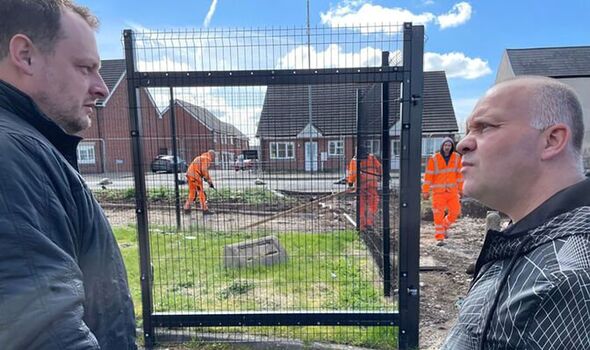 Work has now been completed on the cycle and footpath beside roads in Sutton-in-Ashfield, Nottinghamshire. The three-metre, two-way route was created as part of a national drive to encourage people to walk and cycle more often, but it’s already faced criticism for value for money and safety.

Councillor Zadrozny, leader of Ashfield District Council, said: “This is the biggest waste of money I’ve seen in all my time involved in local politics. I was very clear with the County Council that they should fix the broken roads and pavements in Leamington and Sutton first. Residents are going nuts. I don’t blame them.

“This is has actually made it worse for cyclists. Nobody asked for this work to be done. Ask any cyclist the biggest obstacle they have face –they’ll tell you it’s the pot-holes. It doesn’t matter whether this has been paid for by your council tax or general taxation. It’s an insult to residents.”

Nottinghamshire County Council, which the Tories regained last year, secured £2.178m from the government via the Active Travel Fund and tasked Via East Midlands to construct the lane.

The council had claimed 89% of the 131 cyclists who used the road regularly in October 2021 did so illegally, Nottinghamshire Live reports.

Kier Barsby, who also represents the Ashfield Indepedents in the Sutton St Mary’s ward, said: “We have the unedifying spectacle of Councillor Neil Clarke, the Tory Highway’s boss, coming to Sutton for photoshoot, celebrating that work that no-one has asked for has been done despite the enormous disruption.

“I am calling an enquiry into this outrageous waste of money.”

But the county council says the cycle track is segregated from the road and the pavement which creates a safer environment for both cyclists and pedestrians. The bus stop on High Pavement has also been moved to the newly built out kerb line as part of the works.

Councillor Neil Clarke, cabinet member for transport and environment, said: “The Government’s Active Travel Fund (ATF) is specifically for projects which encourage walking and cycling and those that support vulnerable road users to travel safely.

“The new cycle lane on High Pavement has been funded by the Active Travel Fund. High Pavement is a key cycle route in Sutton in Ashfield as it connects existing routes together to link them to the town centre.

“The road carried around 10,500 vehicles a day and can be intimidating for cyclists. We carried out surveys in 2021 and found that many cyclists were cycling on the pavement, which is illegal, and so the new cycle lane on High Pavement gives cyclists a safe route into and out of Sutton in Ashfield.

“This new route has been created thanks to funding from the Government. This funding cannot be used for roads maintenance and is ringfenced for schemes like the one on High Pavement.

“A number of schemes across Nottinghamshire were considered in our bid to the Department for Transport and so it is great news for Sutton in Ashfield that additional Government funding was used in the local area.

“This type of funding is quite separate and distinct from the council’s budget for road maintenance. We are already investing an extra £12 million in road maintenance over the course of this administration.”