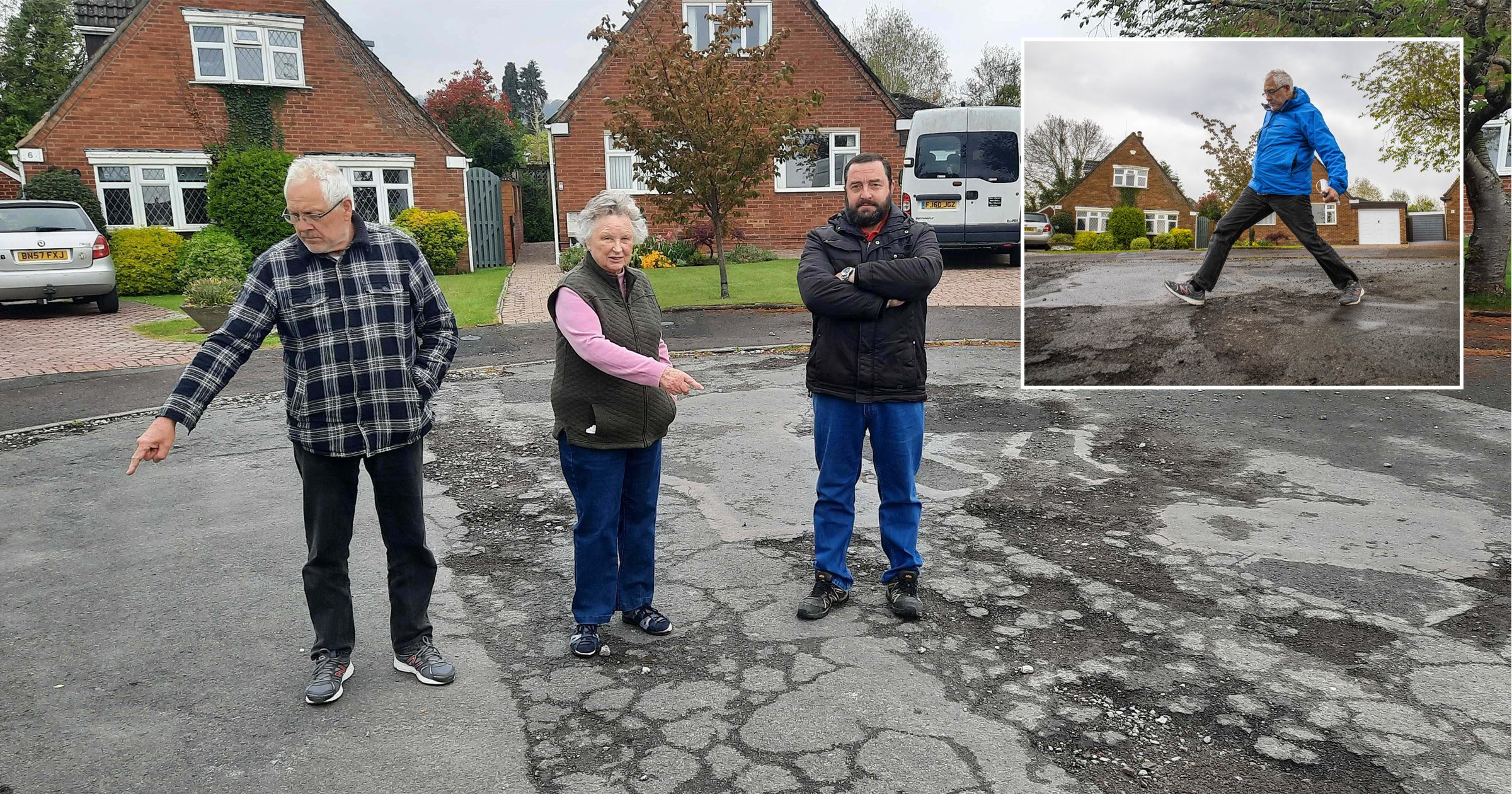 Angry locals have called Gloucestershire County Council a ‘joke’ after officials insisted a cul-de-sac road riddled with potholes had ‘no defects’.

They fear the road is ‘a major trip hazard’ after ‘years’ of neglect and complaints.

Maintenance man David Murray, 45, became ‘very annoyed’ about the ‘frustrating’ state of affairs after visiting the road to do odd jobs and gardening for resident Rosomond Ness Walker, 89.

He decided to take action by sending an image of the road to Gloucestershire County Council’s Highways team.

The road maintenance team responded: ‘An Inspection has been carried out and no defect(s), in line with the Gloucestershire County Council Highways Safety Inspection Policy, were identified.’

Mr Murray fumed: ‘Gloucestershire County Council are a joke. I think the fact they are not dealing with issues is a joke because we pay council tax to repair and maintain our highway services. When you make a complaint, you expect it to be dealt with in an efficient manner.

‘I know there have been a fair amount of complaints from residents here.’

Naming the road ‘a safety hazard’, he warned: ‘You have elderly folk who live on the road and all they have to do is catch their ankle on one of those and they’re going to go down like a ton of bricks.’

Miss Walker, who has lived on the road for 50 years, said she didn’t think of herself as an angry person, but feels ‘annoyed’ and ‘frustrated’ about the council’s lack of action.

She added: ‘It’s terrible really. It’s been like this for three or four years now. They never clear it up properly so there is all this gravel or lumps of tarmac.

‘Whenever you drive through, you are going through gravel. It all spurts on to the lawn and things.’

Meanwhile, the ‘horrendous’ situation is already getting to John Armstong, 70, who moved into a house on Kent Close six months ago.

He said: ‘I came down in November and I’ve seen it first hand, it’s just getting worse. I’ve come down from the Lake District and you’d think the roads would be worse up there but around this area, the potholes alone, this street is horrendous.’

A spokesperson said: ‘We would like to thank residents for bringing their concerns regarding the current condition of the carriageway in Kent Close, in Churchdown, to our attention.

‘The road is inspected regularly in line with our Safety Inspection policy which follows national guidance, and any potholes that meet intervention level are then programmed for repair.

‘We will undertake further investigations to establish how we can improve the current condition of this section of the carriageway in Kent Close.’