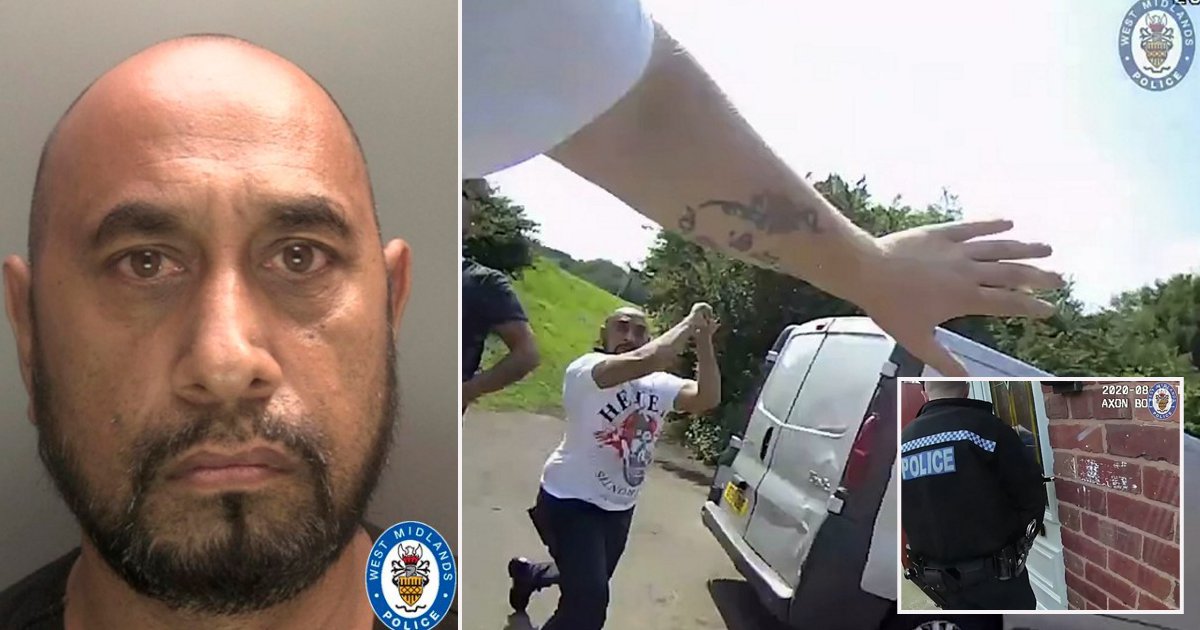 A council officer was battered with a wooden mop pole after he tried to issue a littering fine for throwing cigarette butts on the floor.

The entire assault was captured on video, showing the 35-year-old victim pleading to be left alone and promising to leave as he was chased and beaten.

Footage shows the council officer calmly confronting some women about throwing cigarette butts out of a car in Birmingham on August 12 last year.

He identifies himself as a Dudley enforcement officer and says: ‘I do need to speak to you both. The cigarettes that you both chucked out the car window. It is s littering offence.’

Then Raja Malik, 30, comes out and asks the women what happened.

He tells the council officer: ‘Everybody throws cigarettes. Where does it say that you can’t throw cigarettes outside?’.

The two begin arguing and then Mohammed Nawaz, 50, joins in and starts squaring up the officer.

Despite the women trying to hold Nawaz back, both men get increasingly violent.

Eventually Nawaz hits the officer with a wooden broom pole, so hard that it snaps into several pieces.

The officer starts running away and shouts: ‘Look, I’m going’.

Police went to arrest the thugs on August 30 but officers had to kick the door in to get into the house.

Bodycam footage shows Malik filming the cops from inside his house before telling Inspector Sandhu that he will have to kick the door in to get inside.

There are several men inside the home but the police identify Malik and Nawaz and arrest them.

On May 27, Wolverhampton Crown Court ordered both men to pay £500 in compensation and handed them both nine-month prison sentences, suspended for two years.