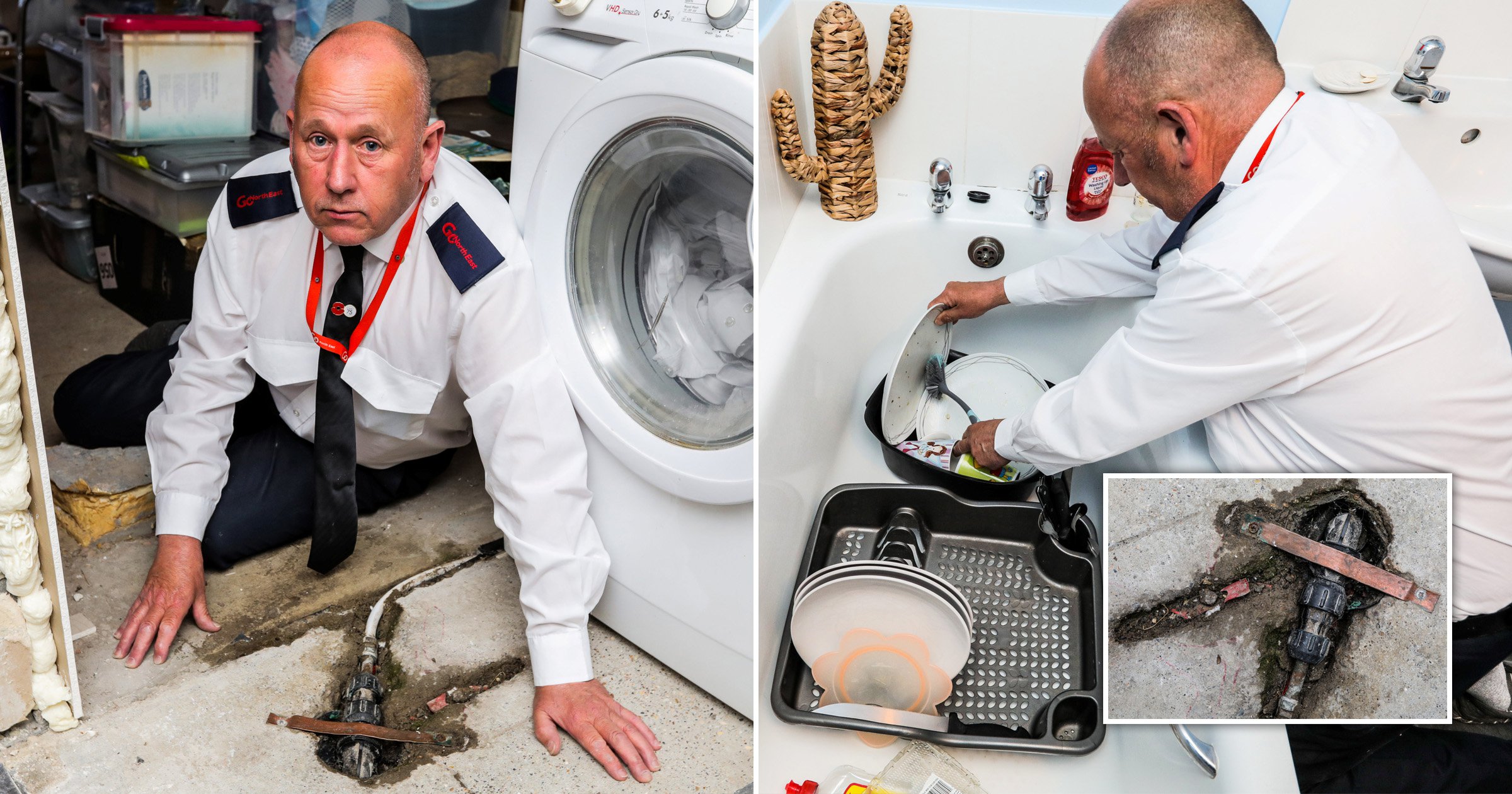 A couple has been forced to clean their dishes in the bathtub for nine months after builders left them high and dry with a broken sink.

Bryan, 62, and Alison Simpson have been ‘living in a building site’ since January despite builders assuring them their extension would take just four weeks.

Living in Consett, County Durham, the couple claim they’ve lost sleep over the botched job that cost them £20,000.

Leaking pipes, a flooded kitchen and no kitchen sink are among the problems they have been left to deal with.

Bus driver Bryan and NHS workers Alison hired local firm Pennine to help give them the extension and kitchen of their dreams after moving in February last year.

But since starting the home improvement work in October, homebuilders have yet to finish.

Bryan said: ‘We haven’t had a sink since January so we’ve been forced to do all the washing up over the bath, which has been back-breaking.

‘When they were moving the pipes for the sink they put the stopcock in the concrete floor but it started leaking everywhere.

‘They are going to have to dig up the floor to re-lay it but they haven’t even said when they are coming back to do that.’

Bryan and Alison had to send their new kitchen units back because the company could no longer keep them in storage.

‘We haven’t been able to decorate because of the dust. It’s not somewhere you want to come home to after work, we are living in a building site,’ he added.

‘I can’t explain the amount of sleep we have lost and how much stress and upset it has caused to our family.’

Christmas, Bryan said, was ‘ruined’ because of their ramshackle home — and the same will be true for this year’s festivities if the build isn’t completed.

A spokesperson for Pennine said the build will be brought to a ‘satisfactory conclusion’.

‘Upon commencement of the installation an old stop cock was found to be hidden behind a wall that was due to be removed, under the existing kitchen sink,’ they said.

‘We advised the customer that this would need to be removed and that it was not part of the originally planned works, as per the technical survey agreed and signed by the customer.

‘The customer refused to arrange and pay for the works to be carried out in order for ourselves to commence the remainder of the build.’

The Pennine spokesperson said the company shouldered the cost of the non-contacted work that proved far more complex than first thought.

Struggling to source plumbing sub-contractors, the firm is still scheduling a raft of other works that mean the job had to be delayed.

The spokesperson added: ‘Whilst we do appreciate the concerns of the customer following their original estimated lead time for completion; however, when matters are experienced that are outside of our control, then lead times can change.

‘We always strive to provide a comfortable customer experience, and to go above and beyond in order to overcome obstacles we may face during construction, alas on this occasion the intricacies added to the build have affected our ability to meet the customer’s expectations.

‘In the meantime, we will remain in contact with the customer in order to confirm a plan and schedule of works to bring the build to a satisfactory conclusion.’

Brian Berry, chief executive of the trade association Federation of Master Builders, told Metro.co.uk that the not always great reputation of homebuilders is down, in part, to how ‘anyone can call themselves a builder’.

‘Building work is stressful enough, without things going wrong. But sometimes problems happen, the best solution is to keep an open dialogue with the builder,’ he said.

‘A good builder will notify the customer of any unforeseen issues and how to rectify it.

‘If communication does break down and you are left high and dry, unfortunately, there is precious little you can do other than complex contract law through the courts.’

‘Ultimately, this is because anyone can call themselves a builder, with no laws to enforce a minimum competence level, which is why the FMB has been calling for builders to be licensed to protect consumers.’

US ends diplomatic tiff with EU