Home » Europe » Couple jailed for 35 years for murdering boy, 3, with catalogue of abuse 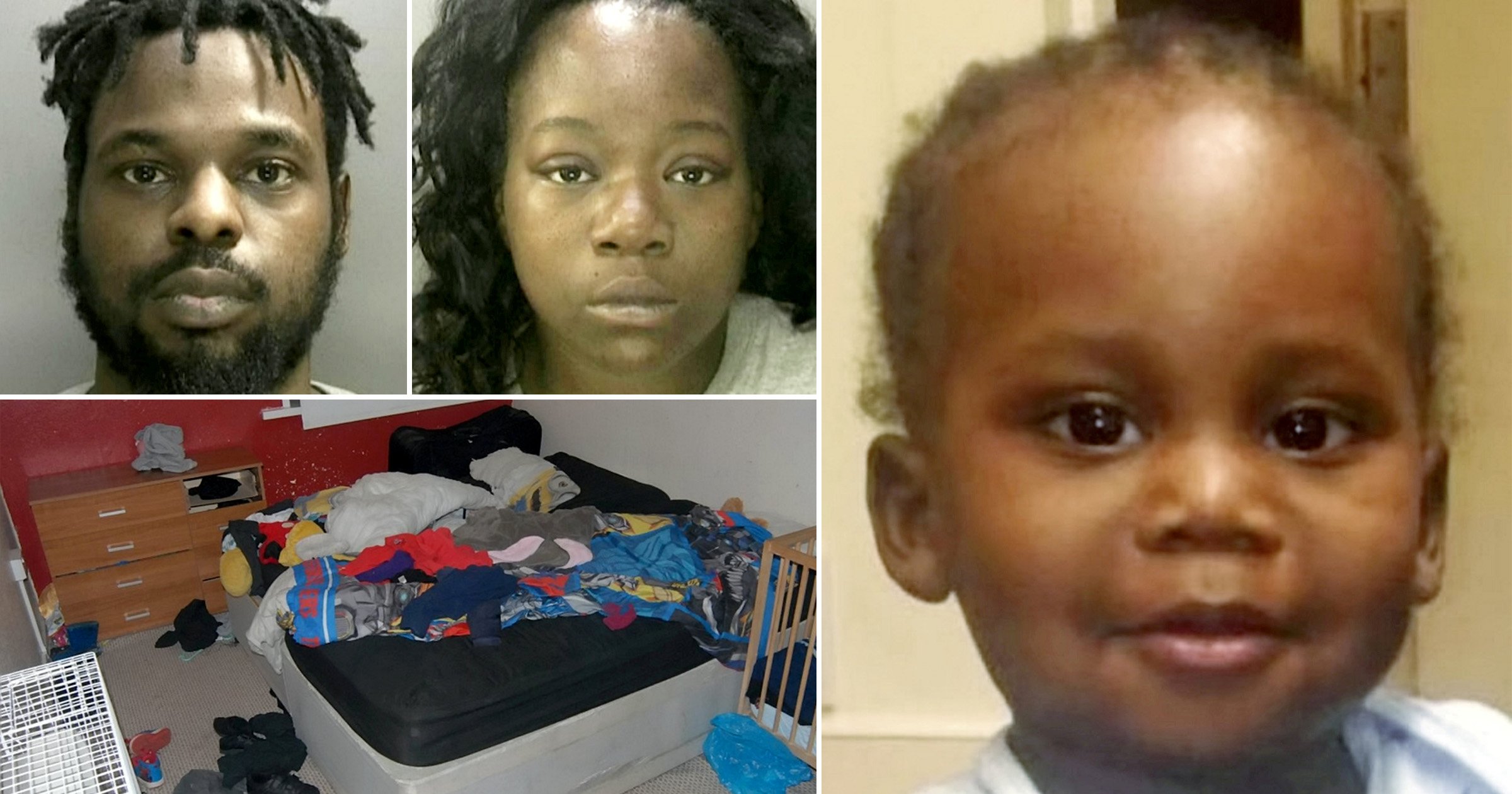 A violent drug user has been jailed for life for the ‘brutal’ murder of his partner’s son, three-year-old Kemarni Watson Darby.

Nathaniel Pope, 32, has been sentenced to a minimum of 24 years at Birmingham Crown Court.

He was found guilty of murder last month after a trial heard how he fractured Kemarni’s ribs more than 20 times during weeks of ‘horrendous’ beatings.

The little boy died from an internal bleed after suffering injuries akin to a car crash at the hands of Pope, a jury was told.

Jailing Pope for life, Mrs Justice Tipples said she was sure that he was under the influence of cannabis when he killed the three-year-old.

She said: ‘The final assault involved multiple blows to his chest, limbs and abdomen from fists, kicking or with an object.

‘This was a severe and sustained assault which will have caused extreme distress and pain and that would have been obvious to you.

‘Abusing Kemarni was and became an accepted course of conduct in the flat.

‘Kemarni was not your son and he did not mean anything to you. You saw him as a nuisance who got in the way of your relationship.’

Alicia Watson has been jailed for 11 years for child cruelty and causing or allowing the death of boy.

She was earlier cleared of murder.

Pope and Watson blamed each other during the trial, but were found to be ‘partners in crime’ who continued living together for several months after Kemarni’s death.

Kemarni’s mother cut a defiant and angry figure in court, accusing barristers of lying and dismissing the case against her as ‘disgustingly wrong’.

She always insisted her son must have been attacked by Pope while she was away from their flat, and she also claimed she had no idea how his ribs were broken.

When asked to account for the 34 injuries her toddler’s body, she said: ‘I didn’t cause them, I didn’t see them. I loved and cared for my child for three years.’

But prosecutors said Watson had not been living with a ‘secretive child abuser’ but acted with Pope to abuse Kemarni ‘for days, months and hours on end’.

Meghan and Harry’s royal fallout compared to ‘War of Waleses’ – What was historic rift?