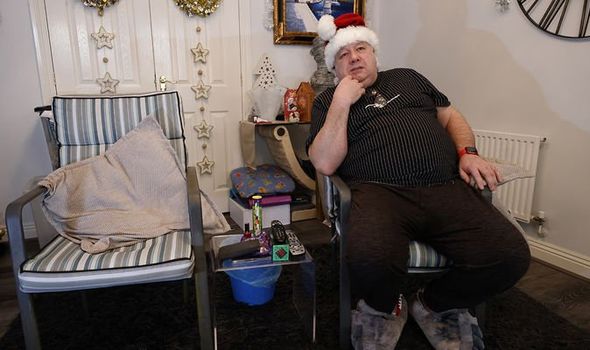 David and Bronwen Jones have been using deckchairs in their front room as the two navy two-piece sofas and a stool are yet to arrive. The couple ordered them from DFS in July 2021 and claim that they should have been delivered within 16 weeks.

But the couple, from Blackwood, south Wales, say the £2,700 suite is yet to arrive some six months on.

“We’ve been sitting on deckchairs and we’ve spent most of our time lying on the bed upstairs watching TV because it’s uncomfortable. You can only sit on those chairs for so long. It’s not like a sofa at our age,” David, who is in his 60s, said.

“As it got closer to Christmas there was no sign of it and I had an email to say it’ll be in the docks between December 21 and 24. They said it would be arriving on January 17.”

The couple got rid of their old sofa in October in anticipation for their new furniture, Wales Online reports.

With the new estimated delivery date, David said he asked DFS about the possibility of a temporary sofa they could loan while waiting. While he was pleased the company agreed to send one out before Christmas, he said that sofa also went AWOL.

David, who is a grandfather, added: “They got back to me a day or two later saying they had a two seater sofa they could lend which would arrive soon. We had a text then to say it would be arriving on December 22.

“I had another text on the same day to say it would be arriving between 7.55 and 10.55am and it was trackable. I put on the tracker to see where it was and it was saying I was delivery number four and it was on delivery 11 so I don’t know why it passed four. Then it went to 12, 13, 14 so I rang them up and they said they didn’t know what was wrong so they’d get in touch with the warehouse and they’d ring me.”

David said he didn’t hear from the warehouse and rang DFS back. He said he was told the issue would be passed on to case handlers and that he should hear off them within 72 hours.

“I rang them on the Sunday and they said it should take up to 72 hours before you hear anything, which would be the Monday. I rang them up on Monday to say I hadn’t heard anything.”

After WalesOnline contacted DFS on Wednesday, December 29, a temporary sofa was delivered the following day.

A revised delivery date for the new sofa has been agreed, a DFS spokeswoman said.

David said: “We did expect them for Christmas, you don’t expect to be waiting for it over five months down the line. I know there’s trouble with a shortage of lorry drivers, but they’re not telling us what’s happening. Unless I’m ringing, I’m not hearing anything.

“Luckily my daughter knew we didn’t have a sofa so she invited us down there with the in-laws and my first grandchild. We usually have some family popping over through the Christmas period, but with us not having the sofa there was no point, so we dropped off some presents instead.”

David said matters had been exacerbated since his wife suffers with arthritis and needs to be comfortable. He also said it was frustrating to be off work over Christmas and unable to sit comfortably at home.

He said: “My wife works from home but was off over this period, and we can only stick sitting on the deck chairs for so long. We spent most of our time upstairs.

“I’m off from work until January 4. I was really looking forward to be home and relaxing on our new sofa. We’re just so annoyed that they’re not getting back to us. I’ve lost count of the number of times I’ve called them.

“I’m fed up of it all being on the phone and getting nowhere. I’m really cheesed off, I’ve had it up to here.”

A spokeswoman for DFS said: “We would like to reiterate our sincere apologies to Mr Jones – we understand the frustration and disappointment that a late delivery can cause.

“Like many businesses, we are managing unprecedented challenges in the global supply chain and unfortunately, these disruptions are impacting delivery timings. We apologise that Mr Jones’ order was one of those affected – the revised delivery date in January has now been confirmed with the customer.

“We agreed to deliver loan furniture to Mr Jones but unfortunately on this occasion, due to a system error, this furniture was regrettably incorrectly allocated. We work hard to provide our customers with both a product they love and a positive experience, and we regret any occasion when that isn’t the case.

“We have since been working closely with Mr Jones in order to resolve the issue as a matter of urgency – we have allocated new loan furniture which was delivered to Mr Jones’ property earlier this morning (30 December), to the customer’s satisfaction. We have also arranged for a store manager to call Mr Jones to discuss his concerns and a further gesture of goodwill.

“We appreciate Mr Jones’ patience during this challenging time and extend our apologies for the inconvenience caused – we look forward to delivering his order as soon as possible in January.”

Coronavirus is in retreat as R rate drops again to between 0.7 and 1