Home » Europe » COVID-19: All arrivals to Greater Manchester and West Midlands from Tier 4 and Wales asked to self-isolate

Anyone entering Greater Manchester or the West Midlands from Tier 4 areas and Wales should self-isolate for 10 days and “assume” they have the new COVID-19 variant, health officials have said.

There are fears that travellers will spread the more infectious variant across the country, which has been blamed for a surge in coronavirus cases.

Director of public health for Greater Manchester’s Tameside, Dr Jeanelle de Gruchy, said the rapid spread of the new strain is extremely worrying and backdated the self-isolation advice to anyone who arrived in the region since Saturday. 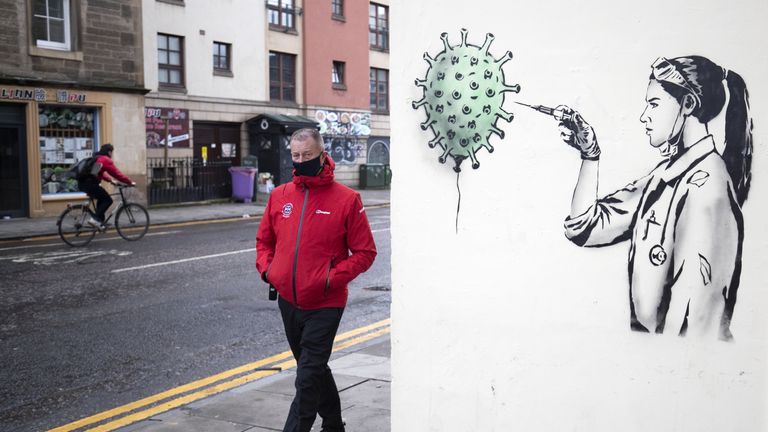 “It is incredibly infectious and if you come in to contact with someone with this strain you are far more likely to catch it than the original strain,” she said.

“We are so concerned about the potential grave impact of this that we have taken the difficult decision to ask anyone who has travelled here for Christmas from any Tier 4 area or Wales to act as if they have this new variant, even if they have no symptoms, and self-isolate for at least 10 days.

Follow live COVID updates from the UK and across the world

“Other people in the house do not need to self-isolate but no visitors should be allowed in that house at all, even on Christmas Day.”

“This means remaining inside the house where they’re staying for the whole 10 days,” they said.

“Even if you have a negative test, you should continue to self-isolate.”

Other people who live in the house do not need to self-isolate unless they get symptoms, she added, but also said visitors should be banned on Christmas Day.

The statement added that, although the West Midlands is not in Tier 4, “it is highly likely that the new variant is circulating” in the region.

In Liverpool City Region, where a mass coronavirus testing pilot has been taking place, anyone who had travelled from London or the South East to the area was urged to get a test.

Director of public health for the Lancashire authority of Blackburn, Darwen Dominic Harrison, told BBC Lancashire anyone who had travelled from a Tier 4 area since last Wednesday should self-isolate for at least five days.

London’s railway stations were seen packed with crowds hours before the new Tier 4 controls came into force at midnight on Sunday.

Speaking at a news conference on Monday, the government’s chief scientific adviser, Sir Patrick Vallance, said he believed more areas will enter Tier 4 in the near future.

“And I think it’s likely… measures will need to be increased in some places in due course and not reduced,” he said.

“I think it is the case this will spread more.”

The new variant has been found in all parts of the UK, except for Northern Ireland.