Home » Europe » COVID-19: Arsenal take the lead in welcoming fans back after 271 days away

Arsenal welcomed back 2,000 lucky fans to the Emirates Stadium on Thursday night – the first spectators allowed into a top-level competitive game in England since 11 March.

Alexandre Lacazette ran over to celebrate in front of the supporters after he opened the scoring in a 4-1 win against Rapid Vienna in the Europa League.

“It really helped us during the game. Even in bad moments they pushed us.” 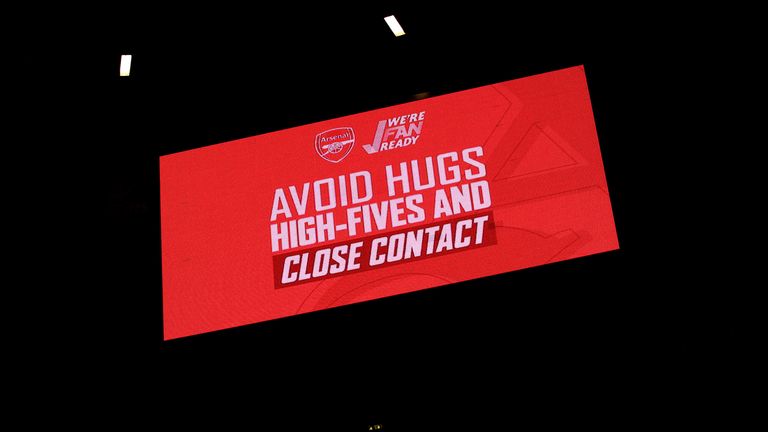 Manager Mikel Arteta said: “It makes a huge difference to feel that support and energy from them.”

The fans had waited 271 days to return to the Emirates Stadium after coronavirus was declared a pandemic by the World Health Organisation back in the spring.

Supporters are being urged to wear masks and avoid high-fiving and hugging.

However, cutting out chants and singing may be a little harder to enforce.

“If I’m not hoarse by the time I go back to work tomorrow then we haven’t had a good time.” 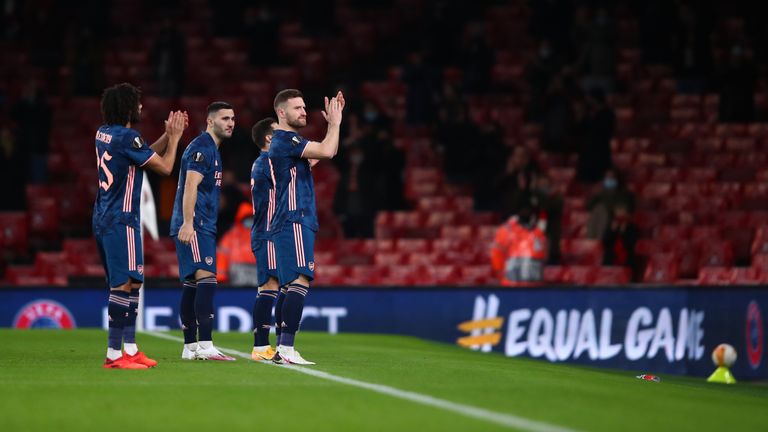 At the final whistle, the stadium announcer declared: “It’s great to see you, to hear you back.”

The updated rules mean in Tier 1, a maximum of 4,000 fans will be allowed at outdoor events.