Home » Europe » COVID-19: As Wales lifts most of its coronavirus restrictions, paramedics say they are ‘exhausted’ and fear being ‘overwhelmed’

Paramedics in Wales have told Sky News they are “exhausted” and fear being “overwhelmed” this summer, as the country lifts most of its COVID-19 restrictions this weekend.

The service has already had to issue a “business continuity incident” in recent weeks meaning it can’t cope with demand – and figures show the number of people dialling 999 this summer is higher than the peak in winter months. 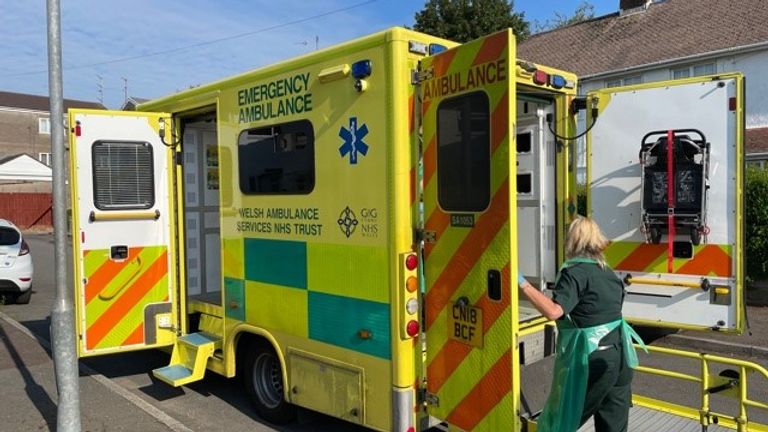 We met at Blackweir Ambulance Station as the shift started at 7am. By 7.01am, we were rushing into the ambulance and out on the first call.

“Once this job is cleared, it’s 30 seconds before the next job comes in,” paramedic Lynda Stephens said.

She was right – the 999 calls never stopped coming, for the whole 12-hour shift.

It’s this pressure that led the Welsh Ambulance Service to issue a “business continuity incident” last month – essentially too many calls, not enough capacity.

“The demand a couple of weeks ago, with the heatwave, was just off the scale, something we hadn’t seen for a while,” said Angie Dymott, who works with Ms Stephens and has been a paramedic in Wales for 21 years. 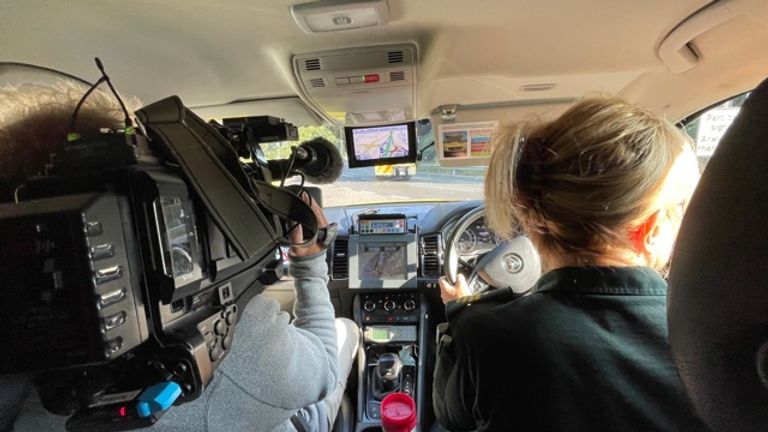 She fears it could happen again as lockdown is eased in Wales this weekend and tourists hit the beaches.

“There is a little bit of apprehension.

“I think the demand is going to be high and I think staff are just going to be overwhelmed.”

COVID-19 call-outs are now rare, but as we chat one comes in.

A man in his 50s – who has not been vaccinated – has tested positive at home on the outskirts of Cardiff and he already has pneumonia. 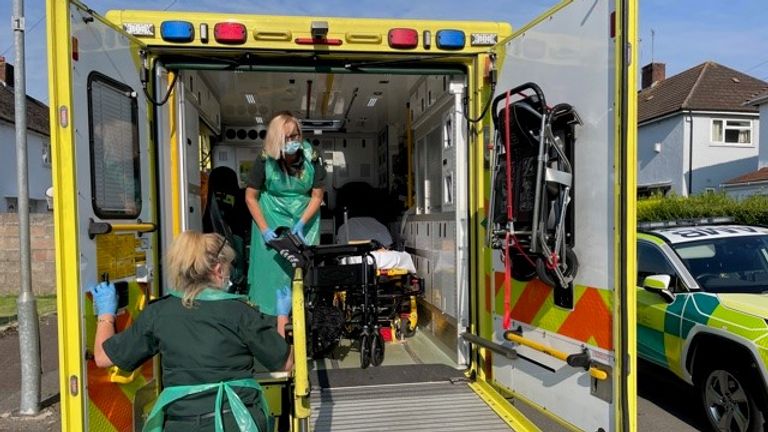 Ms Stephens and Ms Dymott wheel the stretchered patient into the ambulance and blue-light him to University Hospital on the outskirts of Cardiff.

As soon as the clear button is pressed, the computer screen beeps again.

This time, Barry Island, 30 minutes away, where a woman in her 70s has collapsed on the beach.

I ask if there is an ambulance station in Barry. 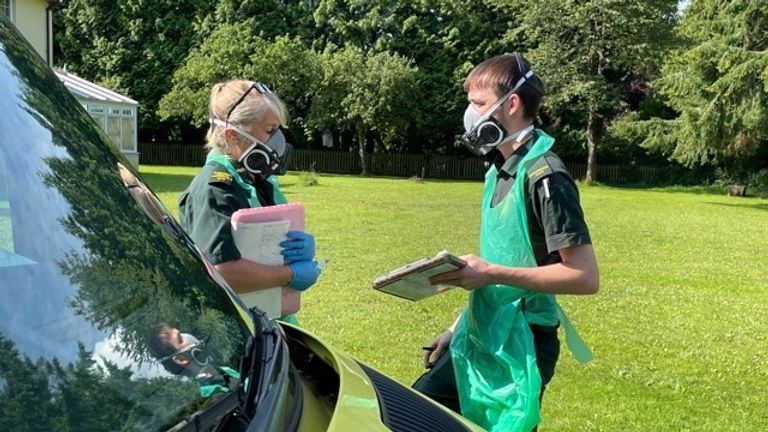 There is – but all the crews are busy.

The demand is so tough that in the week beginning 19 July, the Welsh Ambulance Service received a record number of calls – around 13,000, nearly 2,000 a day – the highest July week in the last three years.

The number of those 999 calls classed as life-threatening was also up 30%, compared to the previous Monday.

But worryingly, more than a fifth of calls shouldn’t have been to 999 and were subsequently assessed by NHS 111.

“We’ve got a lot more people in coastal communities than we’ve had in previous summers.

“We’ve got activity from people who have been in the community perhaps with long term conditions that perhaps are struggling to access other areas of support of healthcare, so are reaching out to us – and we’ve got hot weather too.”

The situation is not unique to Wales.

The trade union UNISON says “unprecedented 999 call volumes” and “unsustainable demand” are being felt across UK ambulance services and are having an impact on the morale of ambulance workers.

“It’s not great and we’ve had a tough 18 months,” Ms Stephens said.

Ms Dymott, her co-worker, agrees: “Morale is quite low at times as well.

“I think just because it’s constant, we don’t have any downtime and I think, being a frontline paramedic, downtime is really important to off-load.”

The pressure in Wales means targets are being missed – the goal of responding to 65% of life-threatening 999 calls within eight minutes has not been hit for nearly a year.

“The fact we haven’t hit our response times in nearly a year is troubling and a concern and I want to apologise,” said Mr Killens.

“We are recruiting more people than ever before to grow our service and we’re changing the way we respond to community need.

“We will always send an emergency ambulance to the sickest patients as quickly as we can, but for the less serious patients we want to change how we provide that care – offer an alternative to patients with advice over the phone or video calls.”

As Ms Dymott and Ms Stephens finish their non-stop shift, there is little time to decompress – and they now face two-night shifts, as the lockdown in Wales is eased.