Boris Johnson has had his second dose of the AstraZeneca COVID-19 vaccine.

The prime minister received his jab at the Francis Crick Institute in London on Thursday evening, having had his first dose back in March.

A photo of him having his second inoculation was released on his official Twitter account with the words: “Second jab done. When it’s your turn, get the jab.”

His first jab was administered at St Thomas’ Hospital, where he was treated in intensive care last year after contracting COVID. 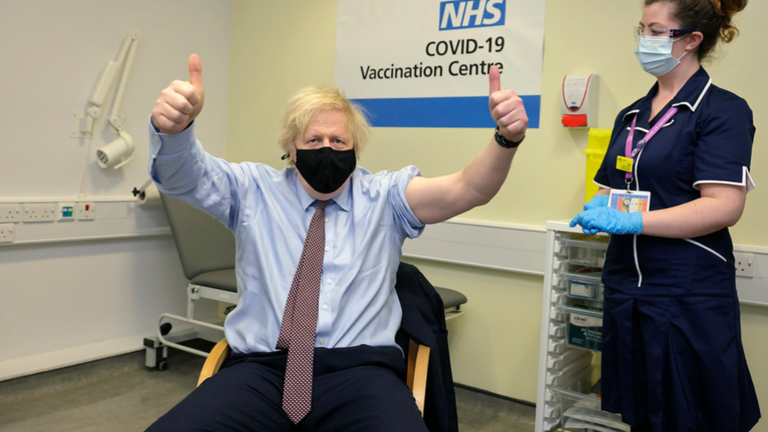 Mr Johnson joins the more than half of all adults in the UK who have now had two coronavirus doses.

After his first jab, the prime minister told reporters: “I literally did not feel a thing and so it was very good, very quick and I cannot recommend it too highly.

Mr Johnson received the AstraZeneca jab, which was suspended in some European countries earlier this year following concerns about blood clots before most of those nations reversed their policy.

Under-30s in the UK are offered an alternative COVID vaccine to the AstraZeneca jab due to evidence suggesting a link.

The World Health Organisation and the MHRA said the jab is safe and have encouraged people to take up their vaccine appointments.

Where Europe Went Wrong in Its Vaccine Rollout, and Why